I was in India for one of my quarterly trips to India to check on my dad. Of the two or three days that I spend with him, one day – sometimes only a few hours – is dedicated to my inlaws. On April 2nd, 2013, following the pattern, I showed up at my inlaws’ house (they had no idea I was in India) with my brother and brother-in-law after about three hours of drive at about 7 PM and said – “Let’s go out for dinner”. After getting over all protestations from my mother in law that we should eat at her place, we landed up at Peerless Inn in Durgapur.

Around 9PM, we were done with our dinner (actually, I remember having a lot of great appetizers that my friends in Peerless always make for us) and settled down with our wines (“we” means all of us minus my mother in law, as you can see in the picture in top). The topic went to the concept of mortality and why giving time is far more valuable than giving time. I think we were talking about grandparents and their leaving their wealth for their grandkids instead of their own kids. And I, predictably, pushed them to give time to the grandkids and quit worrying about giving money.

It was then that I had dropped the question – “Why not visit us in Atlanta?”. There was less than zero chance of me succeeding. My father in law was pushing 80 (he is the oldest of my parents and in laws). My mother in law has enough physical challenges. And I did not think Sharmila would relish giving up her independence for a long time. (Indian parents visit for at least three months and I am never at home to give up my independence, anyways).

I did not succeed, as predicted. But I did make a dent. Everytime I met them or talked to them, I encouraged them to think about the fact that the only thing finite is time.

Well, eventually, they got their new passports done, their visas done and visited us – exactly one year later than what my original proposal was (which was summer last year).

On this last night in US for them, as I tucked them in their bed in the DC hotel and went down for a nice gin and tonic, I started looking at the pictures I took of them during their stay (attached a couple in the bottom). There is a marked difference in their smiles

And that was my whole goal. To make a difference. In a small way… 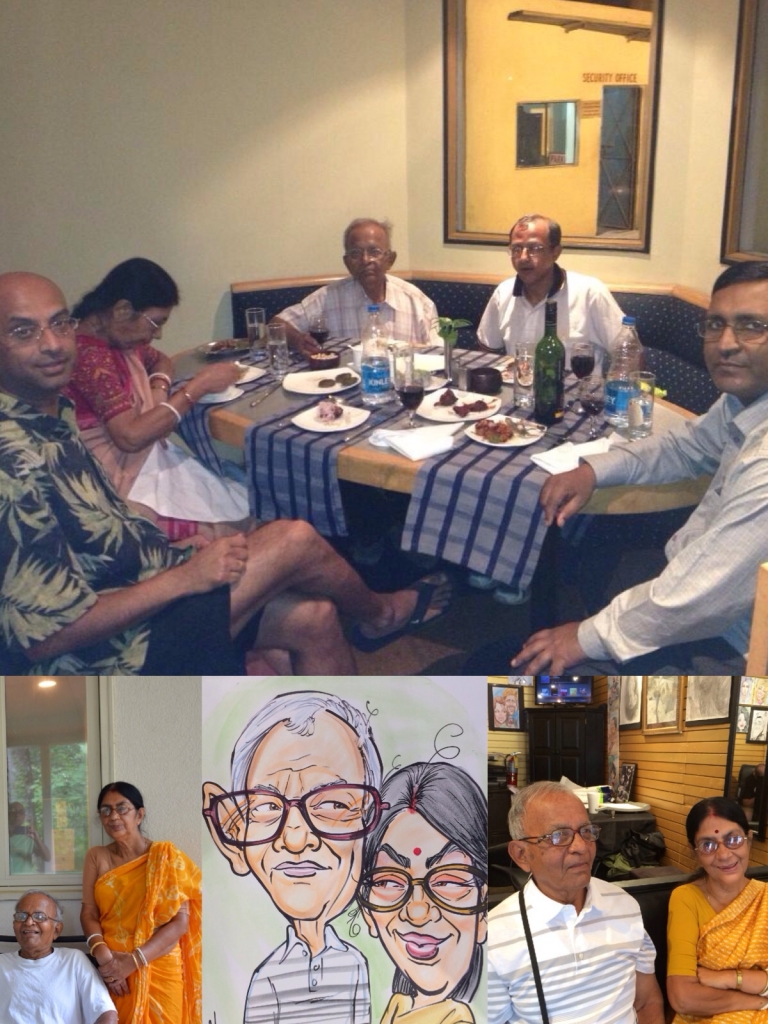