Sometimes the simple idea is the best idea

Ever since my inlaws have visited us, I have been always thinking of where else can we take them to visit. You always want to show the best of your country to visitors from other countries. They were awe-struck by Niagara Falls, totally mesmerized by seeing the Atlantic Ocean in Hilton Head and so on. Now that my father-in-law’s movement is highly restricted, I have been at my wit’s end where to take them.

Today, I realized how they are totally happy with the simplest of things and simplest of places. After trying a few parks by the River Chattahoochee and finding them to be too crowded and not enough shade, I just took them to a familiar place of mine. It is actually a pretty nondescript spot – it is by the river alright, and there are a couple of parking spots too. But it is right under the highway 400 and nobody is there other than the occasional runner or canoeist. And that is why I know that place. I have often started my runs from there.

But they thought that was the best place in the whole world. They sat in the shade that the overhead highway gave and gazed into the river on either side for what seemed to me like an endless period (it was a couple of hours) completely oblivious of the cars and trucks roaring by just a few yards above their heads. I caught them often talking to themselves and once in a while to each other. They even compared the sights to some places in India they had visited way way back before they had any kids.

I just watched them and took as many pictures as I could. My favorite is the black and white on the right top corner. 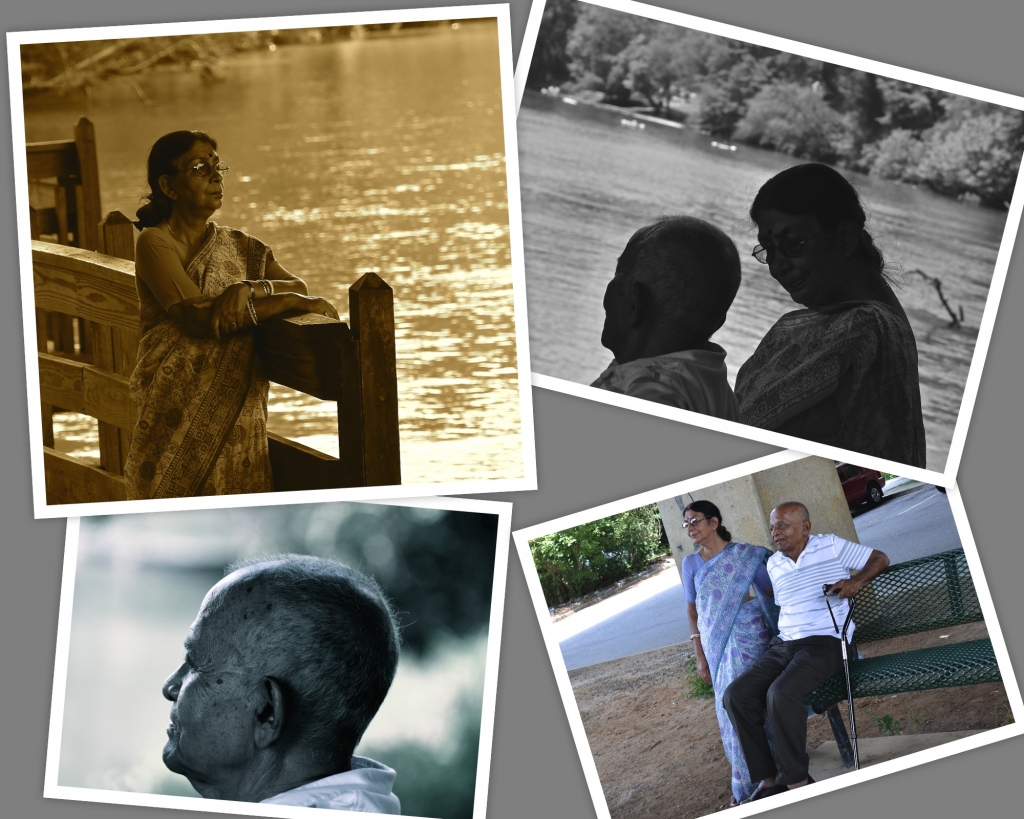