Sometimes I have “intersection points”. Sometimes I just enable them.

My current executive team is in Atlanta for our monthly meetings. We pick one of our offices nationwide and rotate our meetings in those cities. One of our common practices is for the local executive to arrange for a networking meeting when we are done with our office stuff.

This time, it was my turn. So, I invited the executive team from my previous job (which was in Atlanta) to join my current team for a dinner. As always, we had a great time. It is simply magical to watch a great talented team meet another great talented team.

The highlight of the evening was as I introduced one of my current team members – Dan – to one of my previous team members – John – they immediately recognized each other from a previous life. Apparently, they played football together for their college (Univ of Wisconsin, Whitewater, I believe).

Who knew that after playing for the same team more than a quarter century back, they would accidentally find themselves in the same place at the same time – connected by a common executive separated by two companies?

I have to admit that it was great watching them catch up on their common friends, families and the time ever since they met last. 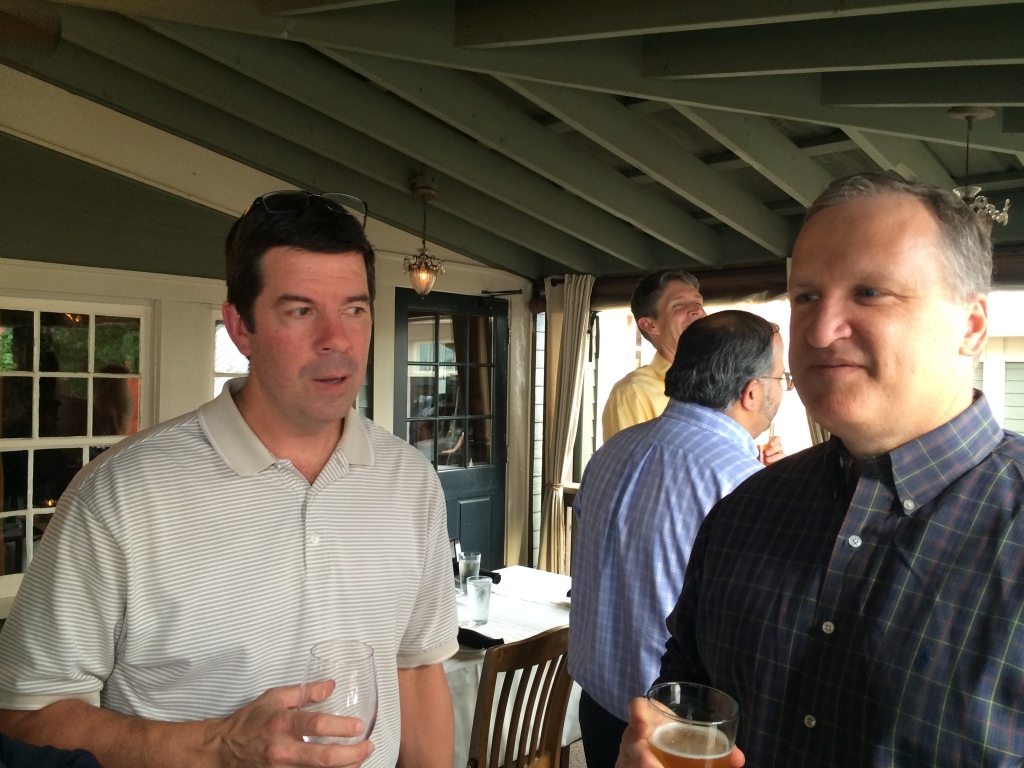