The customer meeting in Austin had just gotten over. My sales team, happy with the proceedings, dropped me in my hotel. It was getting close to noon. And I had a long drive to Houston. To catch a flight to Cincinnati. Then drive to Lexington. Yes, I trust my driving more than those small planes with multiple hops when it comes to certainty of reaching my destination.

The margin of error was going to be small. I had the prospect of accidents on 290 or simply get blinded by sharp thunder showers. As luck would have it, both happened on my way. Fortunately, I am writing this from my flight to Cincinnati.

But before I left Austin, I had a chance to catch up on another intersection point from the past. For exactly 25 minutes. I was aware that Srinivas Palamarthy was nearby and a few calls and text messages later, we found ourselves at Annie’s bar and cafe. I always thought that our paths crossed in i2 only. Today I found out how wrong I have been.

Not sure why this never came up in any previous conversations (we worked in the same group for some time and I have talked to him before multiple times), but I realized today that he and I are from the same engineering college. Separated by only two years. And he lived in the hostel/dorm adjacent to mine!! I had many friends there and often visited that hostel/dorm! He recognized all of my friends and gave me some updates too!!

So this is the third intersection with him. College, working together and a chance meeting in the city he lives in now.

Srini, as we were prone to calling him, has remained the same. Physically, emotionally and intellectually. Looking at him, he does not seem to have aged even one day from the last time I saw him in 2003. He is also the same humble guy that can put you at ease from the moment you run into him. He has this unbelievable way of making you really feel good about yourself. I was certainly very proud of how his career has progressed and how he is crucial to RetailMeNot’s vision and plans. Good to see humble people like him succeed in this world. 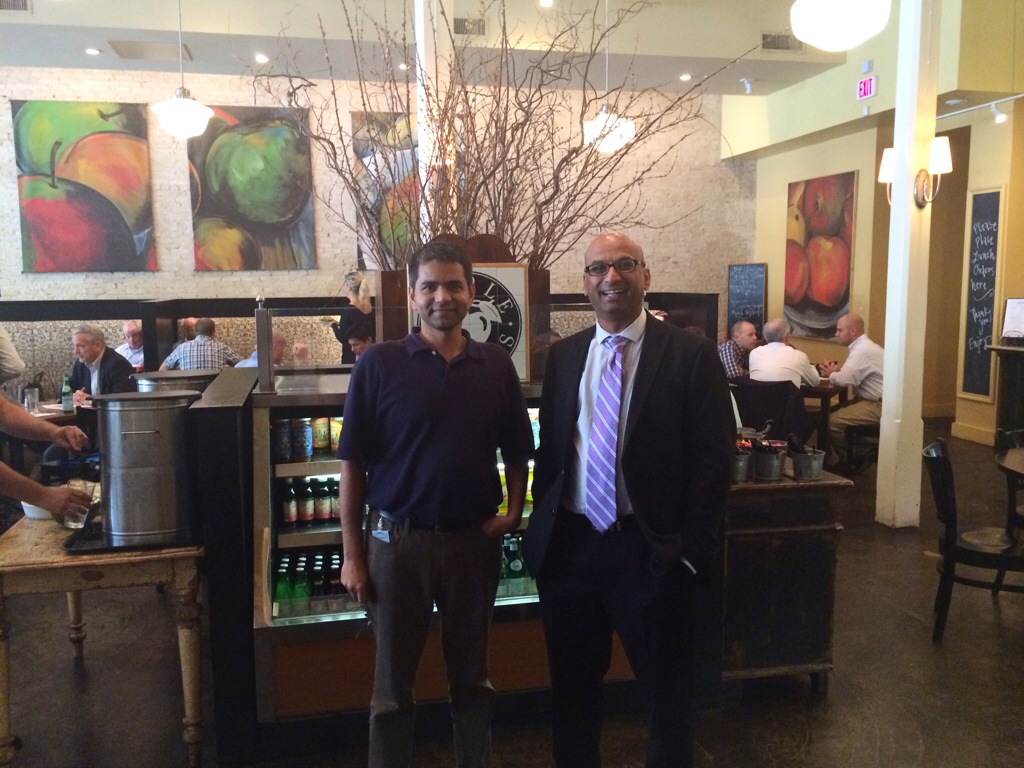