From the colors, this is a Southwest plane. Here is funny part. Southwest does not fly this equipment out of Atlanta. They fly the equipment from their purchased airline company AirTran. So the nearest airport that this plane could have taken off from is Birmingham, AL. Which would mean it was at least 25,000 feet high if not already in its cruising altitude of 30,000+. Very good clarity for a 300 mm lens. The absolutely clear sky helped a lot. The naked eye would have had difficulty locating the plane if not for the plumes and the sound.

Speaking of the plumes, it is interesting how they seem to originate from the tail. In reality, it is the water vapor coming out of the two engines under the wings condensing and most likely crystallizing immediately in those sub zero temperatures. The microsecond time gap of the colorless vapor crystallizing to white ice particles (white because of the air trapped in them) is just enough to create the illusion that it is the tail that is generating the long plumes!! 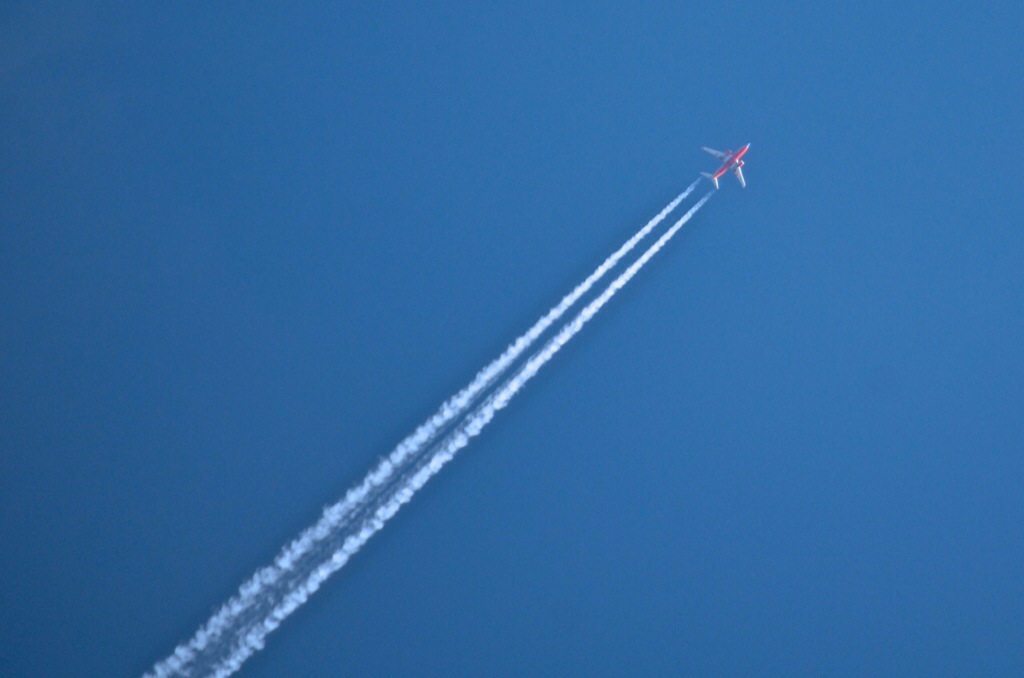