Late last evening, I was relaxing with a glass of wine by the pool and noticed how three adjacent hibiscus flower plants had started budding. Instantly, my mind went back to Frank Poltenson.

“This is the house I want”, declared Sharmila, as we came down the hill from the property gate on our way to the driveway of the house that we had come to see in the rural part of Atlanta suburbs. This was back in early summer of 2007. I had my doubts given that we had to drive up a dirt road to get to the property gate and I could not see the house anywhere inside of the forest. Plus she had shot all my ability to negotiate. Did I mention the broker was sitting with us in our car? 🙂

Well, a few moments later, we were introduced to Frank and Laura Poltenson – the owners of the house. We liked them right from the first time we talked to them and we also liked the house. Well, strictly speaking I was there to pick up the bill for whatever “she” liked.

We did land up buying the house and more importantly, got to know Frank and Laura even more. We got together multiple times after that – sometimes in our house, sometimes in their new house and sometimes in the wineries of Dahlonegga. Frank was a war veteran. He was in active duty in the often forgotten Korean War. And among the various plants and trees they had planted, were three plants by the pool – that bloomed with red, white and blue flowers. The national flag colors were chosen to remember his duty in the war.

Frank, later, wrote a book on his experiences in the war – “Atomic Kimchi”. It is available from Amazon.

Over the years, we have made a lot of changes inside and outside our house (Sharmila, after all, is a landscape architect) but we always took care to not affect those three hibiscus plants out of respect for Frank’s service to the country. And those were the flower plants I was looking at. Took a few pictures and put them together.

Every year these flowers come and go, but unfortunately, we lost Frank to pancreatic cancer a few months back for ever. 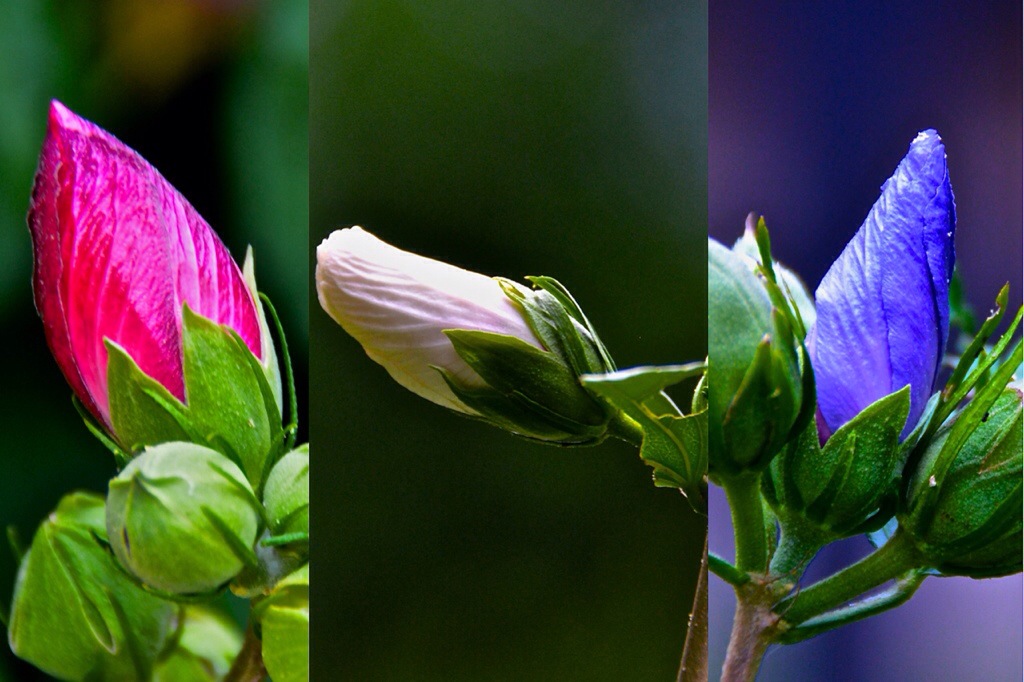