Intersection points: How a Merc trumped a Civic

Another intersection point with a great friend and colleague from the past. After the day long meetings last Wednesday, I grabbed my rental car and drove to the spot Stefanie and I had agreed to meet. If you are ever in the Milwaukee area, do not forget to have a drink or dinner at Seven Seas in Hartland. It is a beautiful restaurant set up in a very rural setting on Lake Nagawicka!

But the real excitement was in meeting Stefanie after 12 years. It was fascinating following her journeys from Germany to Dallas (where we worked together) to Seattle and now Wisconsin in a place called Oconomowoc as she moved every time her son in law and daughter moved just so that she could stay close to her granddaughters.

It was a delightful evening listening to her stories – and she had some really funny ones – and getting caught up on our old friends from the yesteryears. We used to sit in cubicles next to each other and we certainly remembered a lot of the funny events that had happened around us!!! There was that false anthrax scare at office!!! Apart from work, she was also a big part of my personal life. She was the person who was there with me in the hospital when we almost lost Sharmila to a miscarriage and was absolutely the most helpful person ever.

The funniest incident that we recalled involved a customer. As a background, Stefanie had a great, impressive looking dark green Mercedes SEL 500. And I was driving my much-battered Honda Civic (which eventually died on the road). In a conference room, myself and my team were engaged with a prospect and as the meeting started getting late, I was simultaneously sensing that we were going to get the deal. As the meeting slipped further, I let the prospect know that we had canceled his cab and I would personally drop him. That would give him some more time and also give me an opportunity to deal with him one on one if he wanted to go over some of the negotiation points.

And then it struck me that taking him in my beat up Civic might not give him all the right signals. I called up Stefanie and asked her if she would mind pulling her car up so I could drop the prospect. Stefanie, being Stefanie, immediately jumped on it and in a few minutes pulled her car up in front of the office door where I and the prospect were waiting with the rest of the team who had come down to say Bye.

As I drove off to the airport, I started chatting up the prospect and we started getting to know each other and our families. And as I pulled into the airport, he made an interesting comment – “If you don’t mind, may I say something?”. “Of course”, I said. “I am really impressed with your stature in your company and how fast you have reached there. I do not think I have ever seen any executive’s admin pull up his car from the parking spot before.” And I was like “Oh! Boy! This is going to be interesting”.

Finally, as I dropped him off, I blurted out .. “Well, Steve, I have something to say too”… and then explained the whole situation. We had a great laugh standing next to the drop off point. Turned out he was not much into cars either.

We got the deal the next day. I took Stefanie out for dinner that day to say Thank You. And this Wednesday was the next time I had dinner with her!!

I hope to run into Stefanie again down the road… 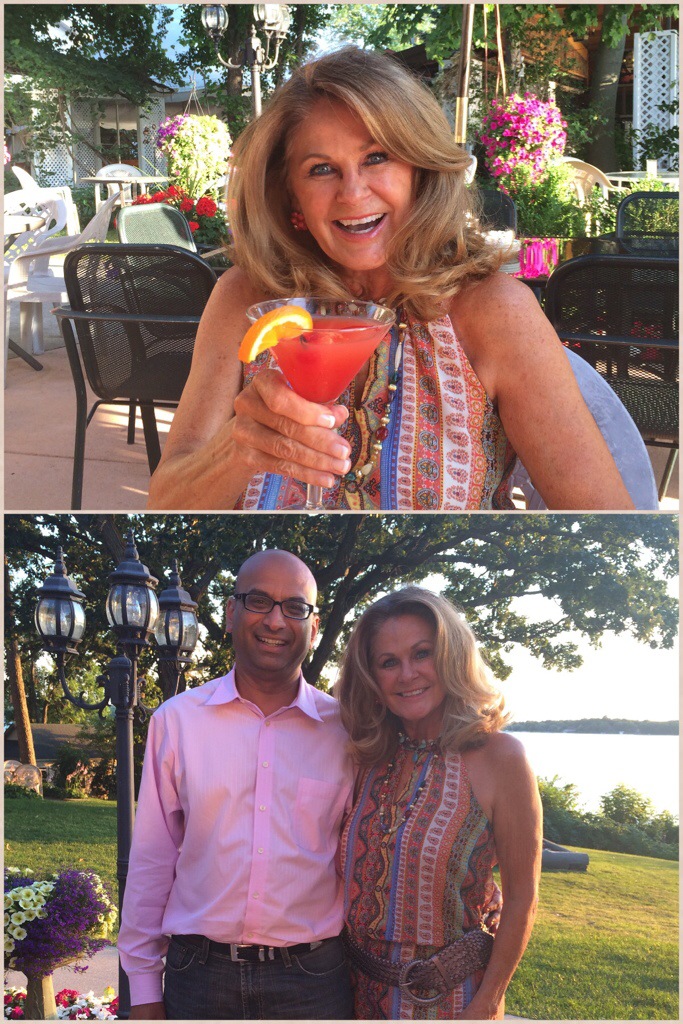