So, there is this lovely lady called Bidisha Rudra. In 2007, when we moved from Dallas to Atlanta, we found out thru a common friend that she was looking for a nanny for her very young twins. Nikita’s nanny was out of a job (since we moved) and we made the connection. I think the nanny worked with Bidisha’s kids. After moving to Atlanta, one of the very few people I became reasonably close with – Amitesh – turned out to have known Bidisha and her family very well. Apparently, they lived in Atlanta before they moved to Dallas!!

After that, all I know is Bidisha and her family moved to Asia (multiple times?) for work. I never got to meet them but Sharmila and the kids have met them in their visits to Dallas later. I knew enough about her and her family that by this time we were Facebook friends too.

Now cut to many years later to this evening. As you see in the picture, the in-laws, Sharmila and myself were relaxing by the poolside late in the evening. One thing led to the other and finally, at the end of a really excited set of questions and answers, I was able to put the following together:

Don’t ask me why I get so excited about these really long connections (remember my bench mate from fourth grade Subir Hore who I found out was a relative many times removed many years later? ). Probably the odds against a total population of 1.2 billion. As Bidisha herself put it “cosmic connection” 🙂 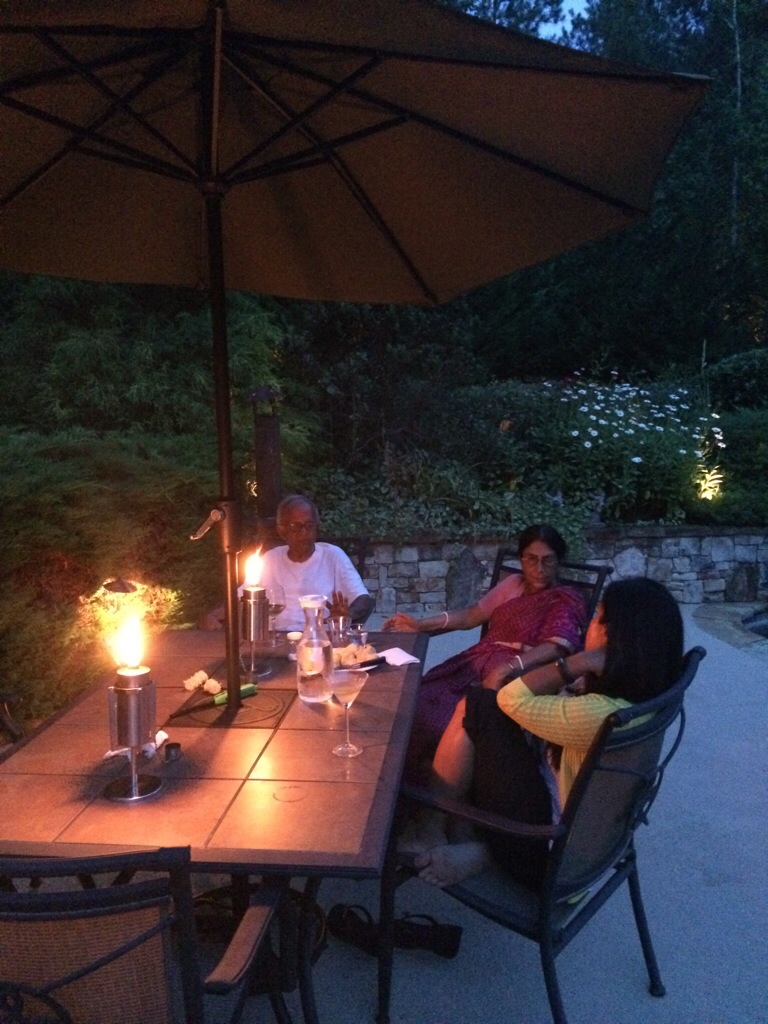