Another Intersection Point! “How many jelly beans in that jar?”

I have to give Preetha credit for creating this intersection! She found out from FB that I had come to Providence to drop Tasha at Brown. She took a chance and contacted me to see if I was going to fly out of Boston. As luck would have it, although I flew into Providence, I was indeed flying out of Boston!

And then she and Ram were kind enough to take a train and a shuttle to Terminal A in Logan Airport to meet me! I had some time at hand and we simply walked over to the Hilton Hotel next door and settled down at the bar.

The last time I had seen them was in 2007 when Ram and I worked in the same team in Optiant. Speaking of crazy connections, Ram and his family were connected to a teammate of mine (Sujatha) in my post-Optiant job in Equifax who in her turn was connected (relative thru marriage) with another teammate of mine (Nari) in my pre-Optiant job in i2!! At this point of time, you can be completely excused for thinking 1.2 billion Indians are a very small well-knit tribe 🙂

In any case, it was great seeing the husband wife duo and we spent a lot of time remembering our old friends and then also talked a lot about ailing parents and the issues that their kids go thru who are not in India.

One side story on Ram. We used to have this contest every year in Optiant – we would put random number of jelly beans in a jar and you would have to guess the number of jelly beans in it. The closest person won. Ram won it every single year. He would run the most sophisticated analytical models and come very close. Every year. Till one year, one really smart lady completely trumped his algorithm. She would just add 1 to his number. She was sure he would be the closest. She took a half and half chance that he would underestimate versus overestimate!!! Now, that was smart!!! 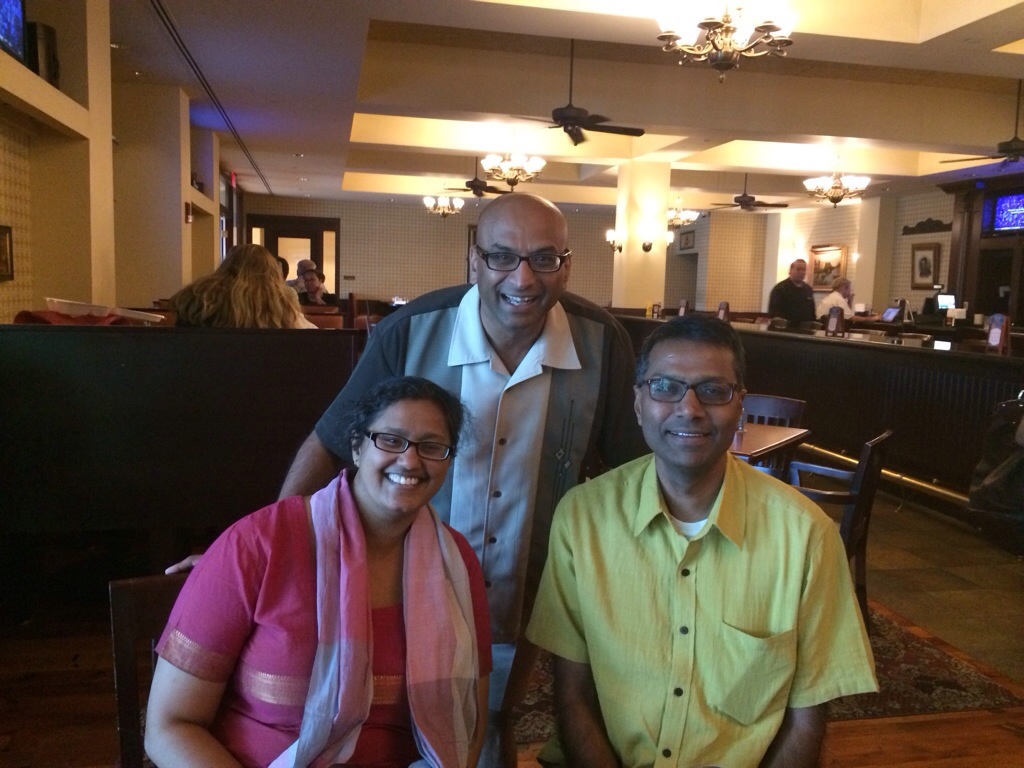