Intersection point – of a different kind

Remember how I had written in December last year, that my father in law was totally inspired by my intersection point concept and I was able to get him to meet a old colleague of his after 55 years? Well, today, he got to meet somebody after “minimum 40 years”. They could not remember when they met last, but it was certainly before he was in his forties.

The intersection was created in a weird way. When we first moved to Atlanta, we did not know anybody here. A Bengali friend of ours from Dallas had kindly introduced us to a friend of hers from her housing complex in Bombay, I believe, who lived in Atlanta. And that is how we got to know Abhijeet and Rupa. Subsequently, during discussions with Abhijeet, the name “Amlagorah” or “Humgorh” or something as vague as that (they are tiny villages in West Bengal) was mentioned.

And I knew those names!!! Sure enough, turned out Abhijeet, in his very early childhood, had visited my father-in-law’s house in his village. The big reason to remember? My father in law owned a rifle which was on display at their house. So, Abhijeet immediately remembered the “rifle baari” (“rifle house”). Turns out Abhijeet’s dad’s mamabari (maternal uncle’s house) was in Amlagorah and he went there every summer with his family. He called his maternal uncle “mama” and when he visited the “rifle baari”, he called my father in law “mama” too.

Many many moons later, we caught both of them visiting their son/son-in-law in Atlanta and the intersection point was created over lunch in a local Indian restaurant today!!! 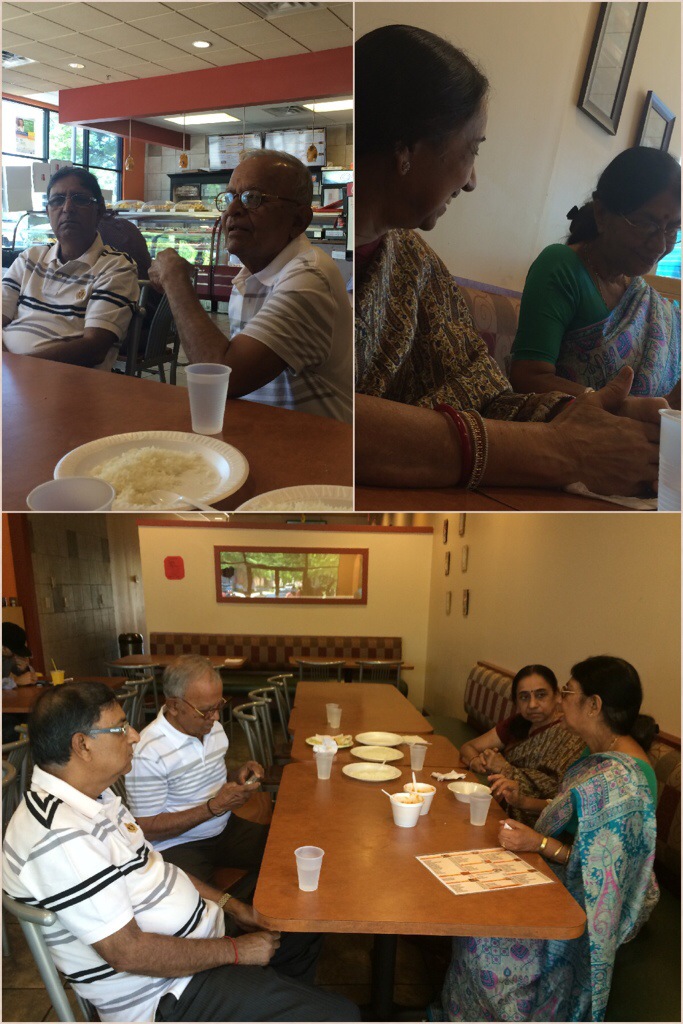 Posted May 23, 2014 by Rajib Roy in category "Intersection Points", "My Family