Took the inlaws up to the top of the Stone Mountain today. They were pretty thrilled with the whole experience but in that hot sun with temperatures in the eighties, the ubiquitous sweater and the jacket never came off.

Meanwhile, my father in law went to the cafe on the top and asked the lady if they had coffee. She replied in the negative. Somewhat disappointed but not totally despondent, my father in law, in one of those “Let them have cake” moment declared “Okay, I will have tea”!! The lady gave a long stare and said “Sir, we have soda”. I hurriedly stepped in before he interpreted soda as what he uses to clean utensils in India and explained – “They have coke”. “With ice?” he asked. “Sure”, I said. “Then I will wait and have lunch at home”, he declared!

Dang! I had forgotten he was wearing a jacket!!! 🙂 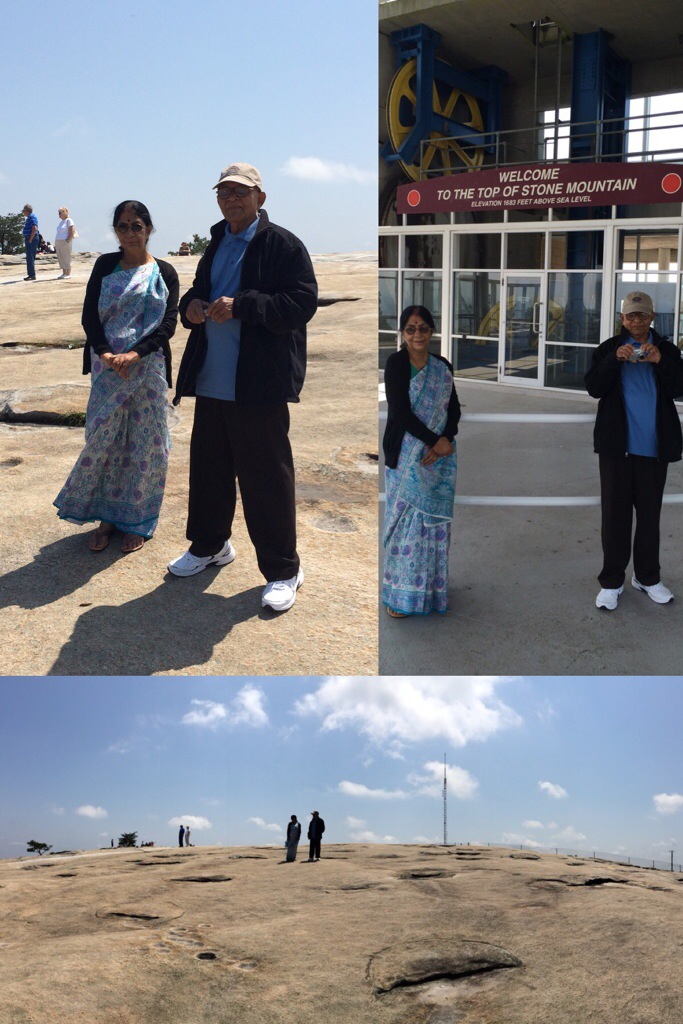