Turning point in his life

Fifty five years later, he revisited the temple. A dream fulfilled. While I am no judge of temples, it seemed nice but nothing imposing. But my dad was transfixed. He went in and stood there staring at Kali Ma for over ten minutes. Then he came out and sat down on the veranda.

My sister and mom were visiting other parts of the compound. But my dad just sat there. I gently went up to ask him what was he thinking about. I was not prepared for the answer.

In a low voice, he took me and my brother back to 1959 when he and his family (his mom and brother) struggled mightily due to bad weather. (They were farmers and tilled the land). He rebelled against his family and wanted to leave farming and seek employment somewhere. He had a big fight with his mom and brother. Evidently, that is when he had gone to that temple very frustrated with his inability to get a job and the fact that he had no support from his family.

He narrated how he had heard about the temple from others and came to seek some direction. He went back resolved to fight for a better future. A few months later, he got his first break – as a teacher in Panchgorah school where he eventually became the principal. And from there he got another break to join the Steel Plant that the British were building in Durgapur. He never had to look back after that.

I was aware of the school, his rebelling against family and the Durgapur job. For the first time, I got the chronology in order and details I was not aware of.

He credits that visit to the temple for all his luck. After retirement, when he looked back on his life, one day, he remembered about that temple visit. Ever since, it has been his dream to revisit that temple.

At that point, he went back into his trance thinking about the past.

As you must have guessed, my brother and I immediately started searching for that school on Google maps, Wikipedia and so on. 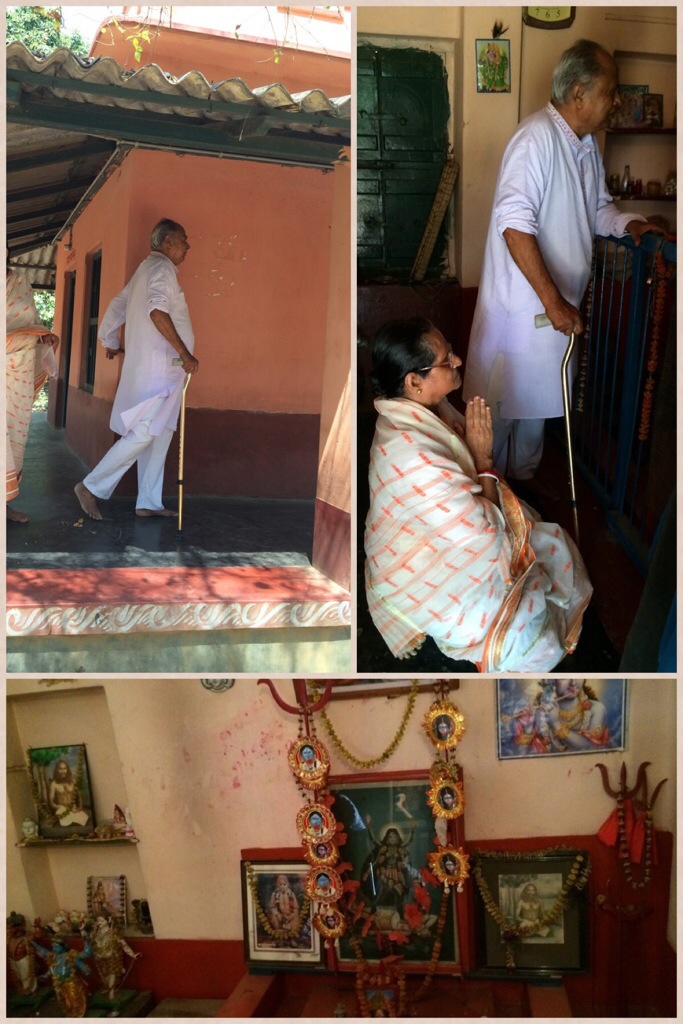