Good deed of the day…

Dad had been mentioning for some time about a cousin of his who he had not seen for some time. Evidently, this cousin has been very helpful to him in the last. Unfortunately, due to a procedural error during a throat surgery, he has lost his voice almost entirely. And dad was hoping to see him sometime.

A few calls to relatives, research on Google map and two hours later, dad, mom, brother and self headed out moment the sun set. And in an hour, we were knocking on the door of a much surprised uncle!!!

You can see the two cousins chatting here. It is pretty entertaining to watch two cousins talking, one of which can’t speak much and the other desperately hard of hearing. Funny part – that is not bothering them at all. They are holding two independent conversations with great mutual satisfaction. 🙂 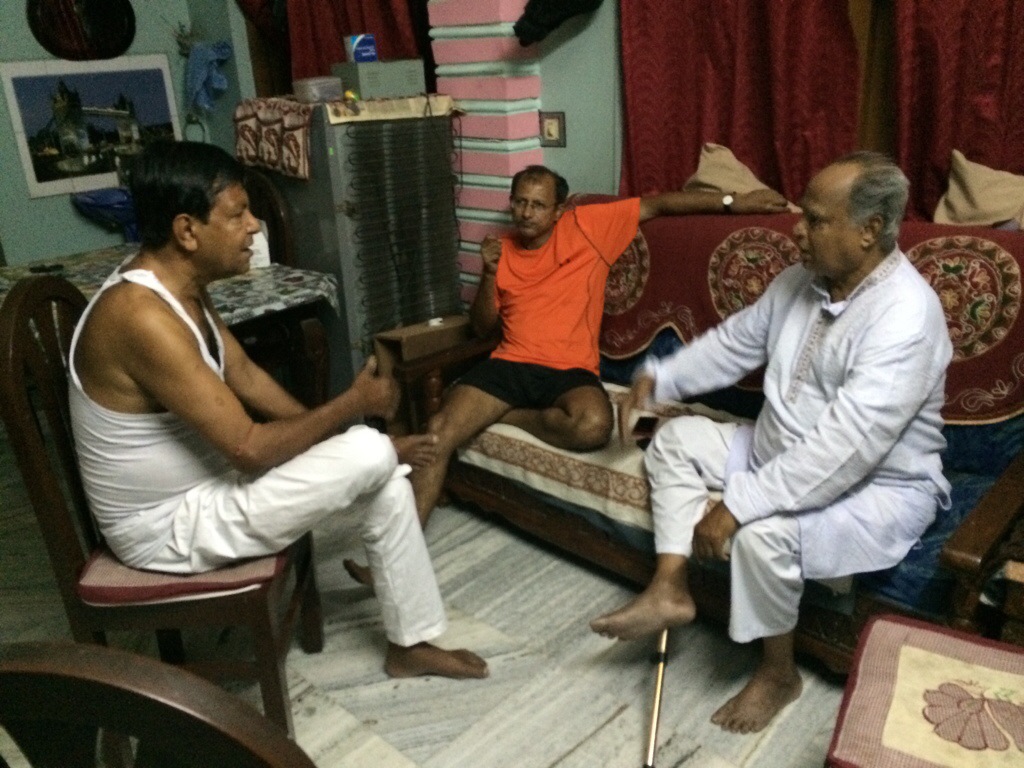