Navin Saxena!!!
Became very close to him in 1983-85. Then lost touch. Had a fleeting glance of him in 1994. And then lost him again. Decades later today, managed to catch him in his own lair – or at least his hometown.

Early morning today, in Atlanta airport, called up Rahul in New York to enquire if he had some contacts of Navin in Portland. Six hours later, landed in Portland, called Navin and surprised him by saying I was in town. At the end of the day after all the meetings were done, went to have dinner with him and his family. Missed his daughter who was out of town for a tennis tournament.

So many fond memories came back from the past – we were in junior and senior (high school) together. Those studies in hostels… the cricket games in dorm courtyard… those common friends… the trip to Dip’s house in New Chumta tea estate … visiting Navin’s house (my first exposure to a swimming pool and playing tennis), Rahul’s house (Kolkata), Rajeev’s house (Asansol), Rakesh’s house (Hind Motor)… the paper clipping that his parents had saved that had his and my picture next to each other (we had done not so bad in our high school exams). [my parents even today have that clipping of our picture together in the newspaper]…

The only sad moment was learning about his dad’s demise. He was very nice to me that one time I had visited them in their house.

It was a magical time. I was so absorbed in catching up with him and following his successes that I did not get much of a chance to get to know his lovely wife and really smart son a little more….

It was great to sit down with him for a couple of hours and talk like those days … nearly thirty years back. 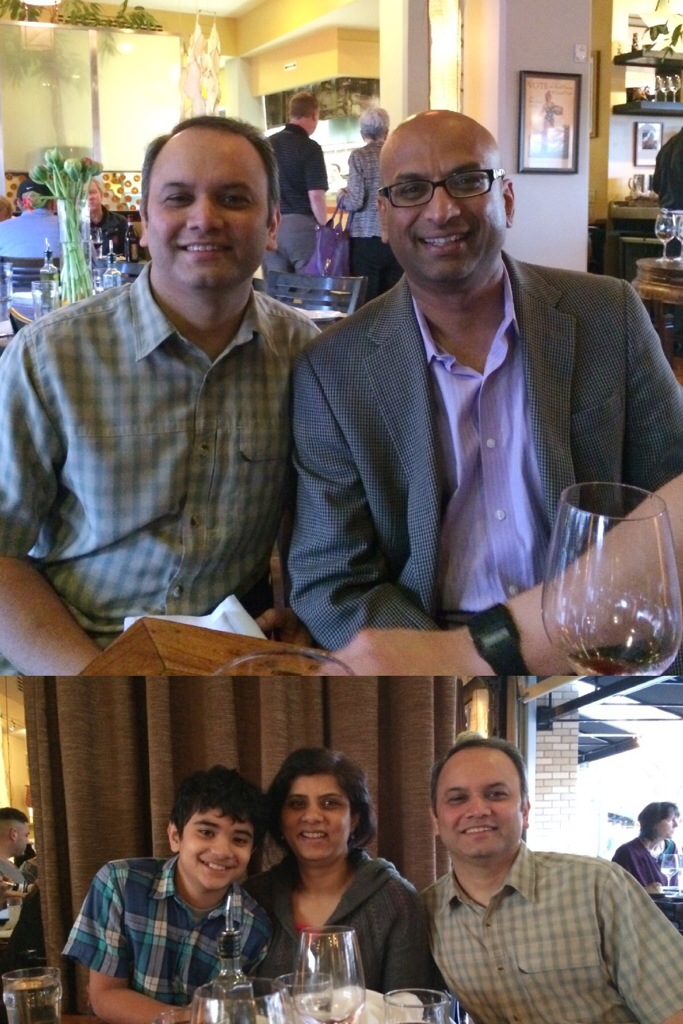