Met Sara Emily Bowling Ovacik Waller tonight. And that is just one person!! Also met her recently acquired husband Richard. Met Sara after almost a dozen years. We worked together in i2 where her job was to keep my the then boss honest! Which was a feat unto itself!! Apart from some catching up of old friends, there were some great recollections of hilarious incidents. Not all is worthy of the august company here. But certainly, we can talk about the time when she wrecked our common boss’s new red BMW 🙂
Seriously though, I was really glad Sara could make some time for me. Nothing like catching up with a true human being like her.
Like I said, met her new husband Richard too. Not only did he impress me with his handlebars, he actually understands his cocktails!! Here is a guy I need to know a little more and learn a lot about mixology!!
Great evening!!! Hope to run into them once again… 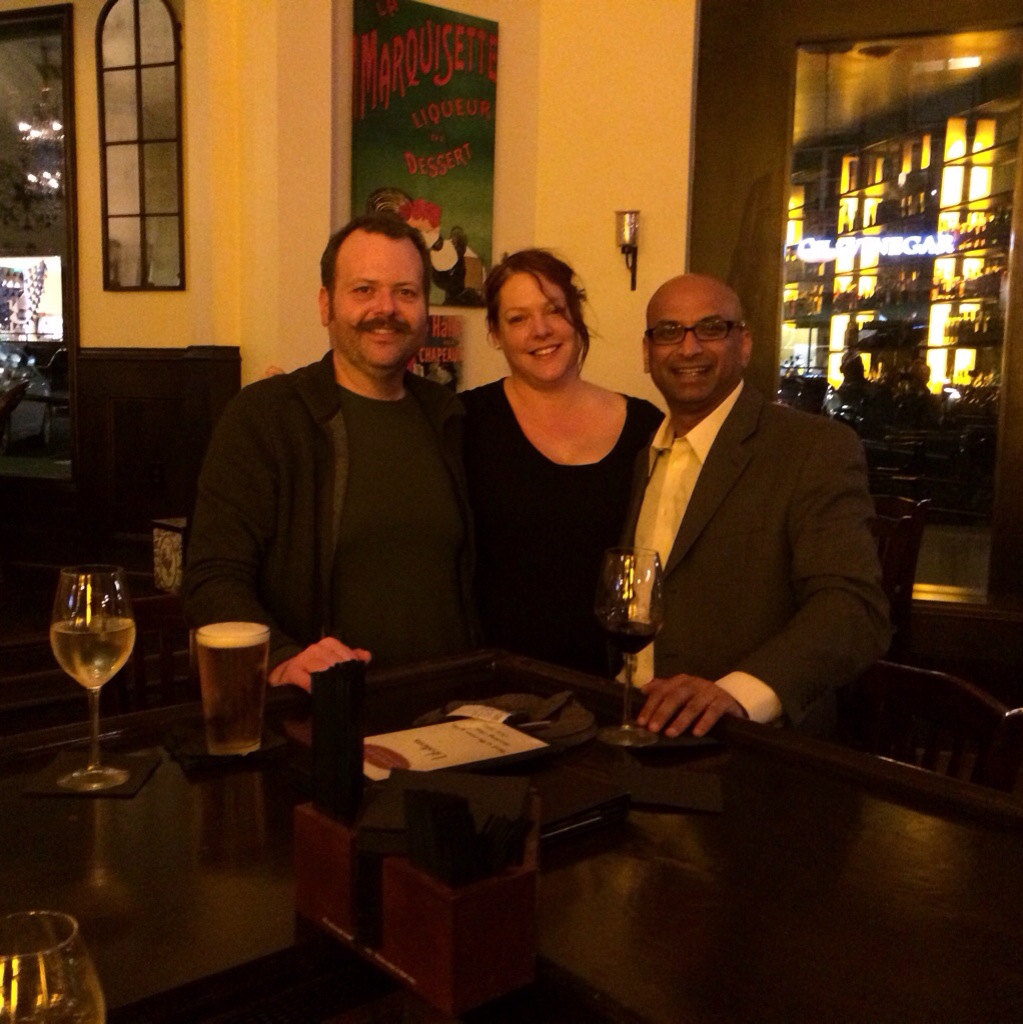