Sharmila and the kids are at the Demi Lovato show. I got the whole house and evening to myself! So I decided to kick up my own cacophony at home 🙂

This being the World Mother Language day [the origin goes back to a very unfortunate incident. When the British, in their infinite wisdom, divided India along religious lines before they left in 1947, Pakistan was born as two large noncontiguous landmasses – one is what is today known as Pakistan and the other one is what is today known as Bangladesh. It was originally called East Bengal – because the dividing line broke apart a state that had Bengali speaking guys like me into East Bengal (as part of Pakistan) and West Bengal (as part of contiguous India – where I was born)].

Later East Bengal was renamed East Pakistan and then after its war of independence (Pakistan has a different view on this), it became Bangladesh. In between, there was a move by Pakistan to have a common language – Urdu as the national language. East Pakistan revolted against this – as they wished to keep their language Bengali as their official language – and the protest turned deadly with four students being shot dead.

Much later, UN recognized this day as the World Mother Language day to celebrate diversity in this world.

To celebrate that, spent a couple of hours listening to Bengali songs by singers from Bangladesh – some really young and upcoming talent like Dina, Saju, Liza, Shadhona… My absolute favorites are Chanchal Chowdhury and Momotaj!

Speaking of cacophony, I experimented with a combination of tabla and cajon to those tunes. I had a very faithful and appreciative listener as you can see in the picture 🙂

Also, I do not think UN sanctioned wine as part of the World Mother Language day, but I threw that in for free 🙂 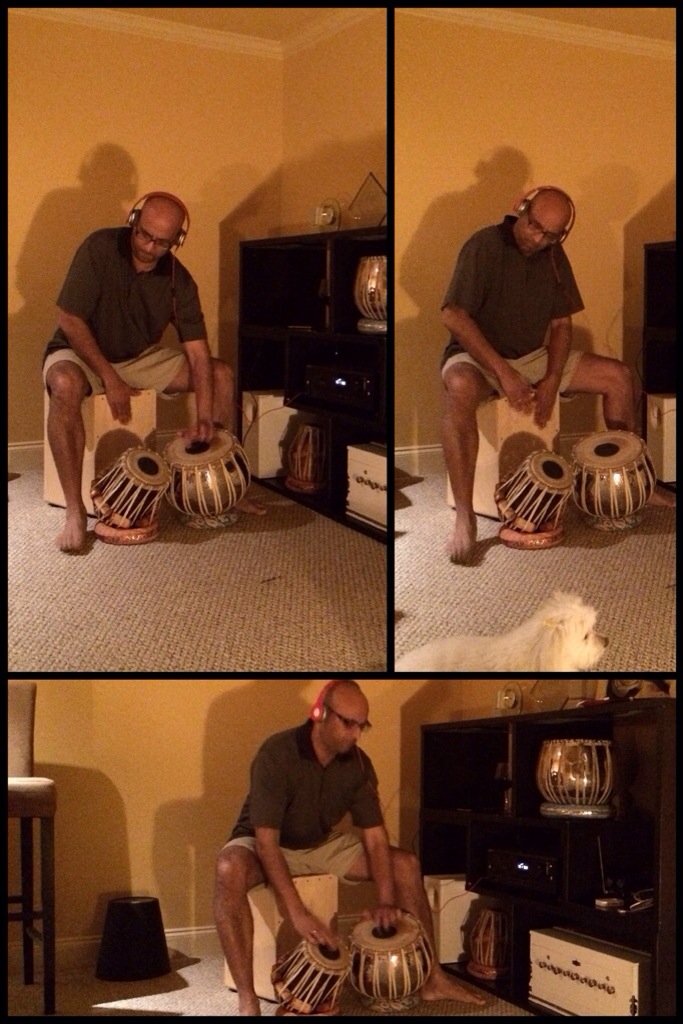