It is never too late at night….

Morning (long) meetings with customer in Maryland, followed by an energizing lunch with a colleague and then a three hour drive to New Jersey for a customer dinner. I was exhausted last night after this. And my hotel was still over an hour drive away (I stayed next to the airport so as to catch an early flight today).

However, on the way, I knew was a very very old friend of mine and his wife – who I also knew independently. So, sure enough – never a person to miss an intersection point, I showed up at their house pretty late at 8:30.

And I am glad I did. It was two hours of non stop laughter and talking about common friends we knew. I have not laughed that much in a long time…. or had such great a time. Even their daughter got caught up in the action and stayed with us the whole time (which Jayeeta explained later has never happened before). In fact, the only reason the party broke up was that she still had some homework to finish for the next day!!!

You see the picture of the idol? That is an wooden idol carved by Partha. He has got this whole set up in the basement where he does wood work to relax. You see the table we are all sitting at? That is a production from his relaxation.

Still cannot believe how much fun I had in those two hours. And then on my drive back, I realized something. The three of us have had a lot of common friends … we have talked so many times over the phone… we almost lived in the same city some time back…. Found out that my close fiend and Chalupa member Sid’s grandpa’s sister’s granddaughter is Jayeeta!

And yet… till last night… Partha and I had ever met each other only ONCE – for about five minutes … in Durgapur station waiting for Bidhan Express in October 1983 … we were introduced by either Subrata Kolay or Debotosh Paul, I cannot remember!

And Jayeeta? This is the second time I met her in my life – first time when she and her parents came to visit my roommate Pratik Pal in my residential school days in 1984 and then a couple of years later at the same roommates’ house in Durgapur where I had gone to visit his dad Dr. Dilip Pal who had recently broken his leg…

Over 31 years later… meeting somebody only the second or third time in your life…. there was no way you could have guessed it from the amount of fun we had together!!! 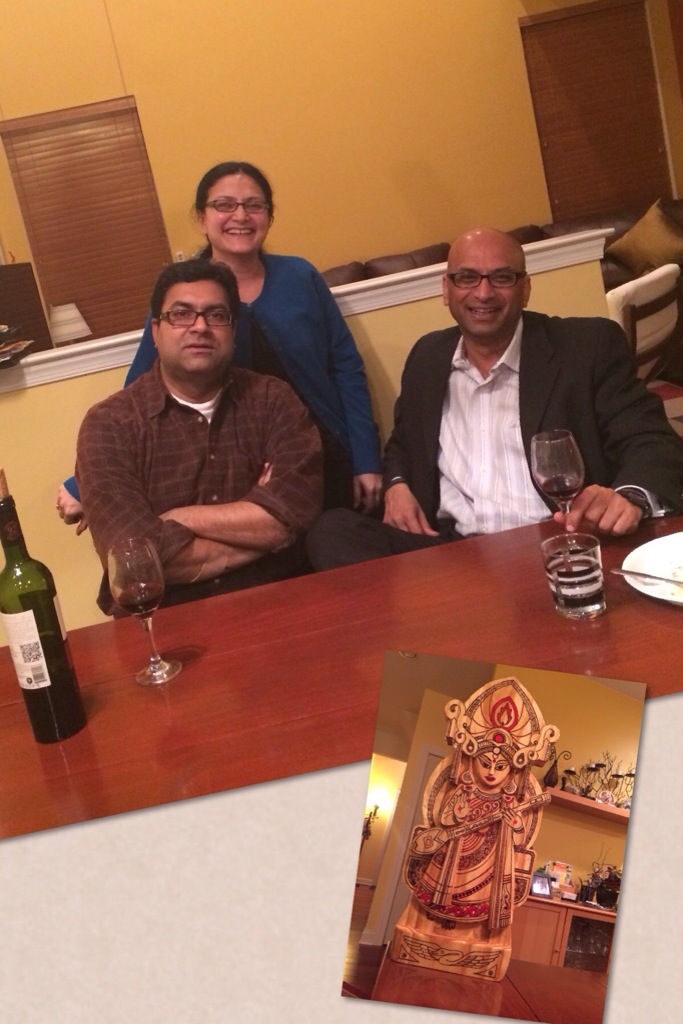