Met Aluru in Atlanta after 25 years!! We lived in the same hostel (dorm) and both did Computer Science together. Last saw each other in early half of 1989!! It was absolutely fascinating catching up with him.

I always love catching up with my computer science friends. Partially because, I had a lot more interest in actual application development than research. Thus, unlike most of my classmates, I did not come to US to study further in Computer Science. But I am absolutely elated by the unbelievable achievements of my classmates – one of them is in charge of Google Search, one of them is in charge of Microsoft Bing, four of them are top notch professors in the best universities, few of them have their own very successful companies…

The life story of Aluru was no less fascinating. The thing that intrigued me was the fact that mid way in his career, he switched to a whole new stream – Computing Biology. Now, you will be totally excused for not knowing this – but I sucked at Biology. I was never good at remembering things. And history and biology needed me to remember things. But I was okay with Math. Dropped biology and took up statistics in my eleventh grade (junior year).

You can imagine my disbelief when he started talking about math and biology being the same at some level. For me, I topped out that level when I could say “A frog has four legs”. That is really how close I could put biology and math together 🙂

But I was even more awestruck when he started explaining to me about the genome mapping and splicing of the DNA. Now, I am really really worried that my behavior can be explained by a bunch of algorithms! Actually, what I am really afraid of is that Aluru is soon going to meet my wife. She is undoubtedly going to ask him to reprogram those algorithms for me. And I am intimately aware of the fact that he got a Computer Science degree – so he must be knowing a thing or two about programming!!!

Aluru, it was great catching up with you after a quarter century…. 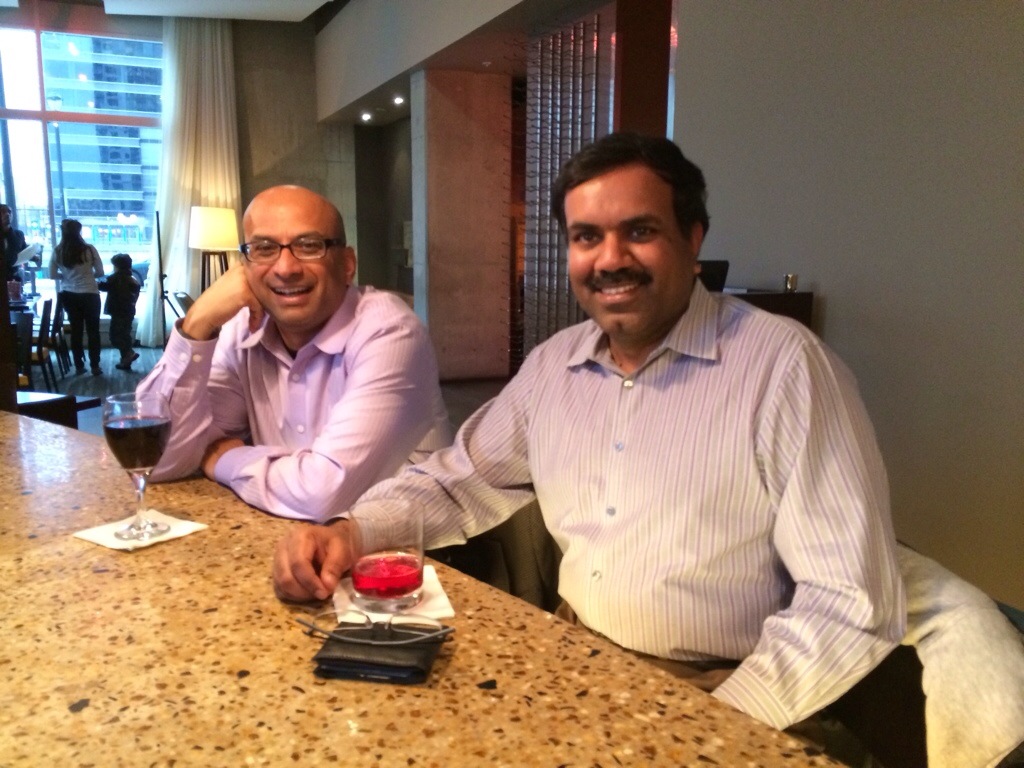