And he did not get any medal either. Came dead last last. 87th to be precise.
But he did it with broken ribs because of an accident a couple of weeks back.
Now that is courage! That is competitive spirit at the highest level.

The guy on the bottom is Dario Cologna.
He finished the race in nearly half the time as Roberto.
He won the gold medal.
He is world number one in his sport. Proven at the highest level of competition.

After finishing the race though, he waited patiently for 28 minutes at the finish line for the last guy (Roberto) to show up.
And when he did, he went up to him to give a hug and congratulate him…

What he did is what we as humans are all supposed to do.

In this hyper selfish world where sportspeople resort to steroids, politicians get thrown in jail for kickbacks and corporate bigwigs resort to illegal activities for personal benefit, I sure am glad that there are people like Roberto and Dario to help us understand what GRACE is all about… 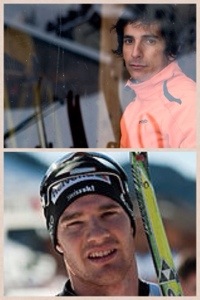