A long day in DC was getting over. Speaking at an event in the morning? Check! Long customer meeting in the afternoon? Check! Business dinner in the evening? Check! Now what? What better time than to dig up one more of those “intersection points”?

I am really glad I called Venkat (or as he is called now – Ram) and asked if he had time to meet after dinner. Not only did he agree, he gracefully volunteered to travel for 45 minutes to come to the city. I was going to travel to meet him but he would have nothing of it.

A great energizing meeting. We were deep in our discussions when we realized it was nearly midnight and we called it a night. It is not often that I can hear somebody talk about the concept of religion in terms of De Moivre’s theorem. Somehow we got talking about the futility of trying to explain the precepts of religion and spirituality with the constructs of pre-frontal cortex based rationale and reason.

That is when he talked about how something as irrational as “e” (he had a great way of explaining “e” in terms of compounded interest compounded every infinitesimally small time intervals) raised to the product of another irrational number “pi” – nature’s great truth of an unchanging ratio of any circle, big or small – multiplied by an imaginary number “i” – gives us something very rational and something our mind can process – minus one! The point being there are various truths that reside outside our mind’s ability to comprehend thru rational tools.

Also, we had a discussion on why “i” is completely mislabeled as “imaginary”. It is perfectly a good number that has real life practical uses. It is just that our minds cannot process that concept or whatever that number is. So it is more an “unimaginable” number than an “imaginary” number!!!

Of course, we also talked about other sundry things like common friends we have from the past. Speaking of our past, Venkat and I met first in 1989. I was a senior (fourth year) and he was a freshman (first year) in IIT Madras. In fact, we were in the same dorm (hostel). Then I ran into him again for a few years in the first start up I worked in Dallas. In fact, we were part of the same software development team!!

And then nearly fifteen years later, I got to see him again last night!!! 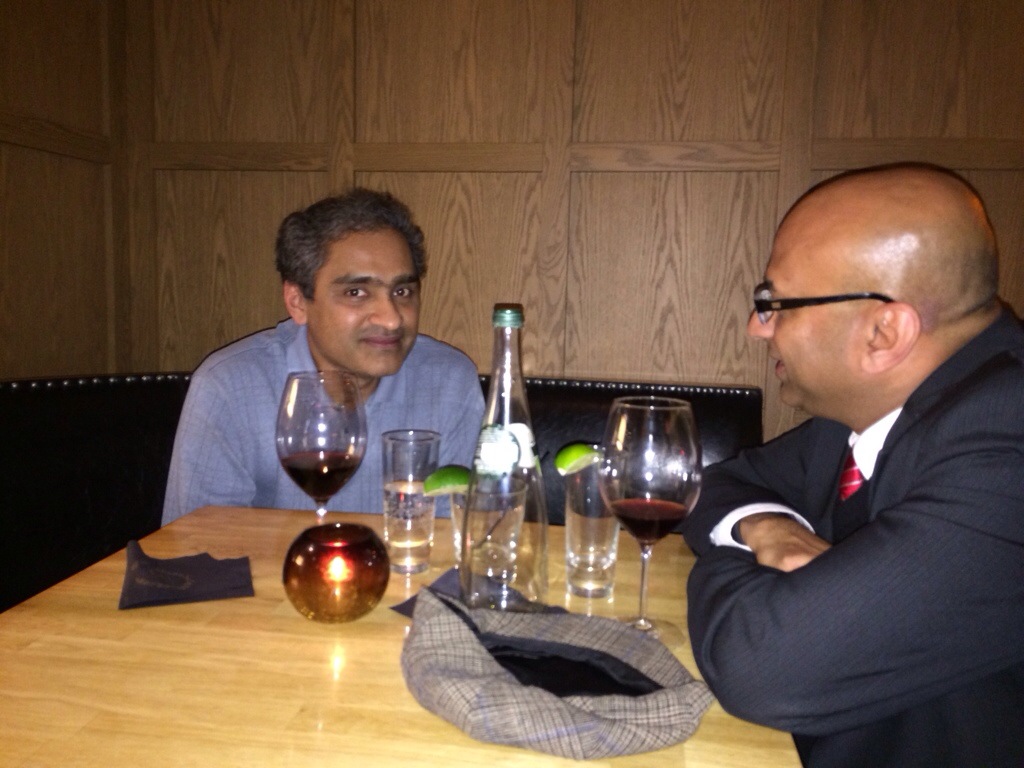