Thanks to modern technologies like FB and GPS and not so modern technologies like stopping a pedestrian and asking for directions, my brother and I last evening traced down another friend of mine from the early eighties – Kaushik Chatterjee!! I was fortunate to meet his parents as well as his sister who was visiting him. (His sister was all of five or six years when I left town).

Again, so many memorable moments of yesteryears were remembered in one evening that I cannot possibly jot them down.

However, the most enjoyed one was not about all those soccer games, cricket games, “pochisey boisakh” street drama events but a really hapless, sick streetdog was called “Tilka”. Kind of half adopted by a few neighbors – and by that, I mean the neighbors would yell for Tilka from the streets to eat some leftover food from lunch and dinner – this mutt was a common feature on the field during our games. And every winter around this time, she would have a litter of puppies that we – at that age – used to find to be the cutest thing ever!! Kaushik’s mom used to be very supportive of those puppies – offering rags, milk etc etc.

Speaking of playing cricket, uncle (Kaushik’s dad) had taken great sympathy towards us watching us play cricket with a bat that had outlived itself by a thousand years (those days parents buying us a bat was a rare luxury – there were way too many family priorities at every house before we could buy a bat) and unbelievably enough had actually carved a bat and three stumps out of a block of wood.
That “segun gaachher kaather” bat outlasted us and the next generation of kids from my neighborhood.

Thirty two years later, I am mature enough to understand his depths of empathy to prioritize our needs in the field over so many other things he had to do. Thirty two years later I got a chance to meet him face to face and thank him. I let him know I still think of that event as an example if why I should step back and create some enriching experience for kids!!! 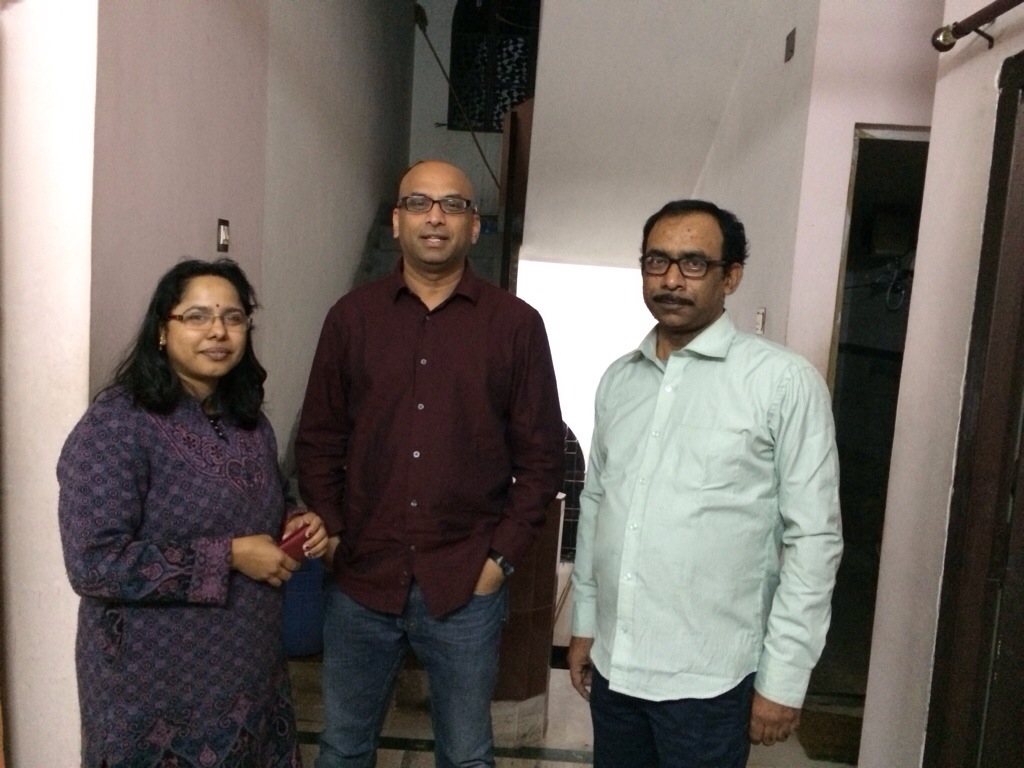