He is more or less bereft of all locomotory capabilities. But he could not bear to sit in his house as we bade goodbye (leaving for Durgapur – inlaws house).

So over a period of half an hour, he painstakingly took one step after another with the help of his stick and then the security guy and then plonked on a chair.

And then waited patiently till we came down an hour later – all that just so that he could bid us goodbye!!

Now if I can get him to agree to yet another surgery….. 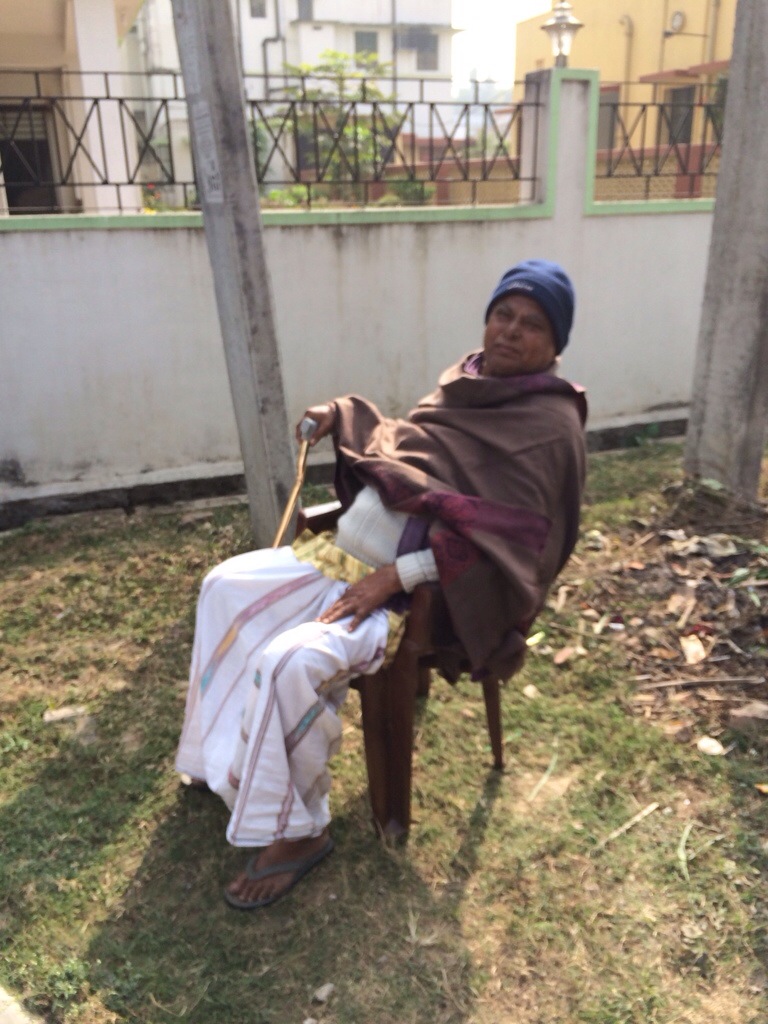