Had a brilliant time over a drink with Milind last evening after a full day’s worth of work. I had the opportunity to work together with him – nearly ten years younger to me – in i2 many many moons ago. There were some 10,000 employees that had worked at some point of time in i2. By my experience – and feedback from those thousands of i2ers who went and joined a lot of other companies – it certainly was an exceptional place in terms of an unbelievable number of really really smart people coming together under one tent with an incredible “whatever it takes” attitude.

Most all of them have moved on to other companies following great careers. However, I have always wondered whether we created enough entrepreneurs who would go on to start their own companies. For such an entrepreneurial environment, it strikes me as though we might not have had our fair share.

Milind is certainly the most successful entrepreneur I know of from i2.

Having created a company which, in its short history of seven years (last five have generated revenue) has reached an annual revenue generation of nearly $200M, he probably produces more revenue than all entrepreneurs from i2 put together.

What a great success story at such an early age.

We talked a lot about the challenges of growing and sustaining a company. The challenges of building coherent teams and a deliberate culture. Great discussions. Very inspiring.

Hope to see many more young men and women from my past create value in this world like Milind has.

Then he floored me with something.
I did not know this but early in his career, apparently he worked for a Swiss gentleman named Mr. Hertig who had moved to Mumbai and had created an eponymous company to make fine writing instruments and sell there. Milind has a few fountain pens saved from those days.
He had read about my fascination for fountain pens in a previous post and guess what? Since that day, he had saved a pen set for me waiting to meet me some day. That day happened yesterday!

Here’s to many more successes to you, Milind. So much so, that none of my fountain pens can ever finish writing about them!!! 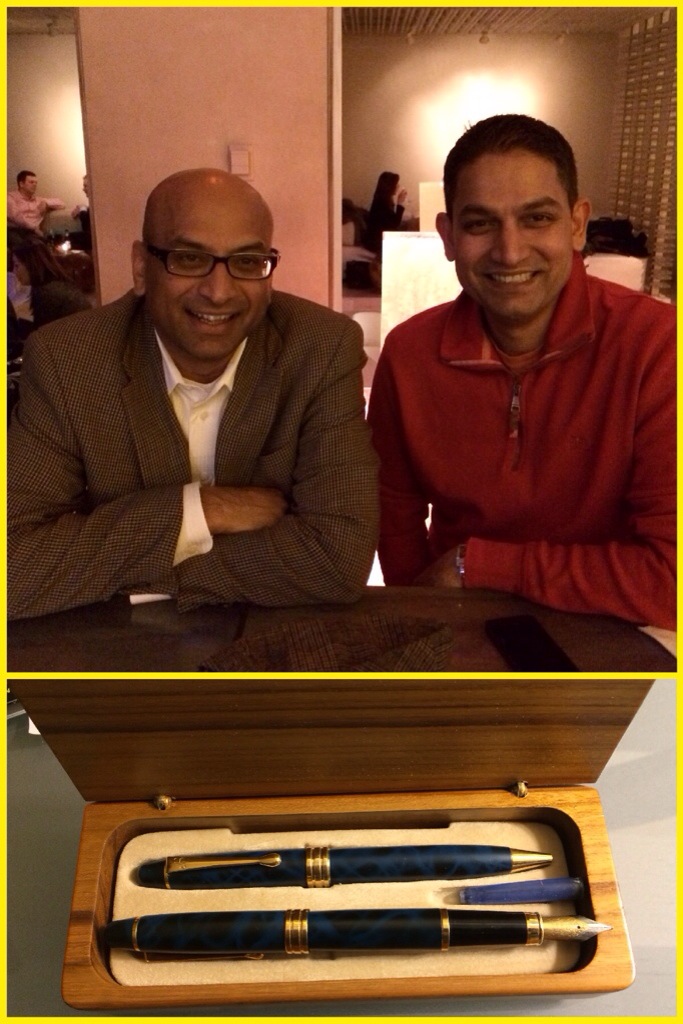