In an absolute nose thumbing to the traditional Bengali fear of “Thanda legey jaabey”, the Chalupa group showed up to run in cold AND RAIN!! What is amazing is that our two youngest members – Ilu (two or three years old?) and Stuti (five or six years old?) showed up and got out with us in the rain!!!

I missed taking a picture of Arup before he left early but the coffee “adda” at Starbucks made up for the misery of running in the rain. Check out the picture of Stuti playing on her phone and Ilu painstakingly trying to see what she is doing. She was standing on her toes watching her sister all the time. What a great sisters’ moment!!

Also, note the disapproving look on Joyjit’s face watching Baisakhi eat a cake. Eventually he could not help himself admonishing her “Porey bolbey na omuk jinista dhukchhey na, tomuk jinista berochhe na”. (roughly translated – “don’t complain later, this thing is not going in and that thing is not coming out”). I took a few seconds to realize what he was trying to say – then I almost spilled my coffee I was laughing so hard on the floor 🙂 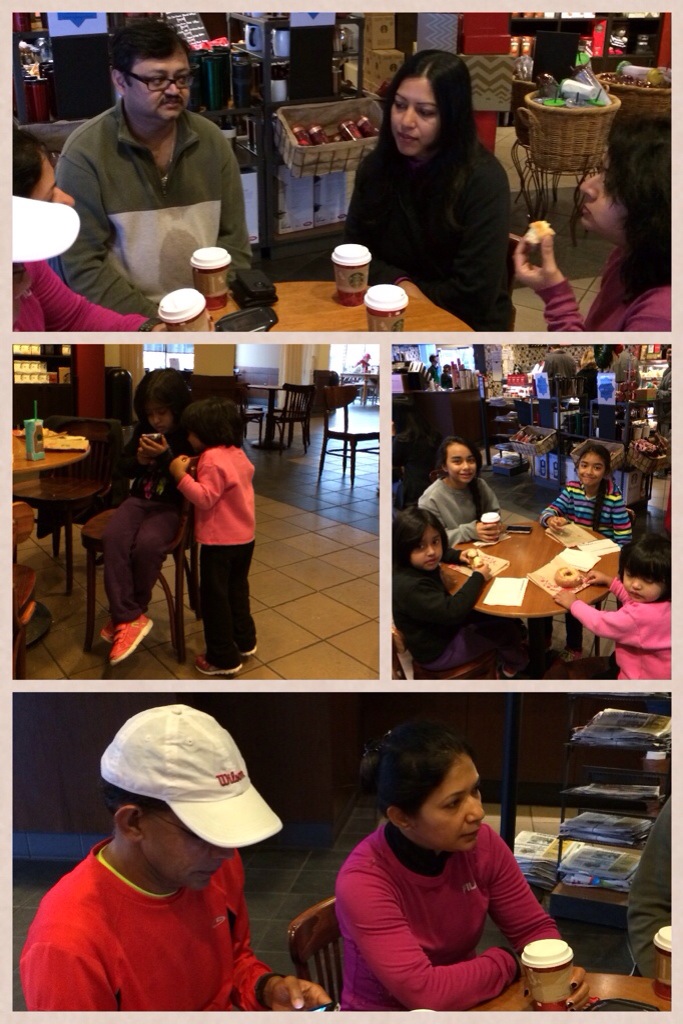