One of the greatest advantage of having a local guy take you around is the little known places that only locals know and no amount of literature reading would give you an idea.

We were on our way from Guanacaste to Arenal when Jorge asked if we would like to see a waterfall. We, of course, had nothing better to do – so we said Yes. An hour later, we exited the road and got onto something that can barely be called a cowpath – let alone a road. After about 15 minutes of driving over a virtual non-path, we came to a stop.

Found out from a guy sitting there that the waterfall is owned and operated by the Board of Education. The proceeds (there is no entry fee – you give whatever you feel like – and they give you a receipt regardless of the amount of the donation) go to building new schools. They have purposely not built any facilities or commercialized it because they feel that the municipality might take it way from the Board!

We walked down for about 5 minutes and came across this virtually virgin waterfall in absolutely desolate nature with nobody around. We got into the water and swam all the way to the fall. Hullor, Chiko, Nikita and I then scaled the rocks near the waterfall and went behind the waterfall. It was a little dangerous – the rocks were too slippery and offered no grip and we were afraid of slipping and hitting our head on the rock. But eventually we made it!!

That was the fun part. Then we realized that we had no towels and no facilities to change!!!! So, to show solidarity with nature, we walked into the forests nearby and changed. Athough, some of us had to scamper back once the howler monkeys started yelling!!!! 🙂 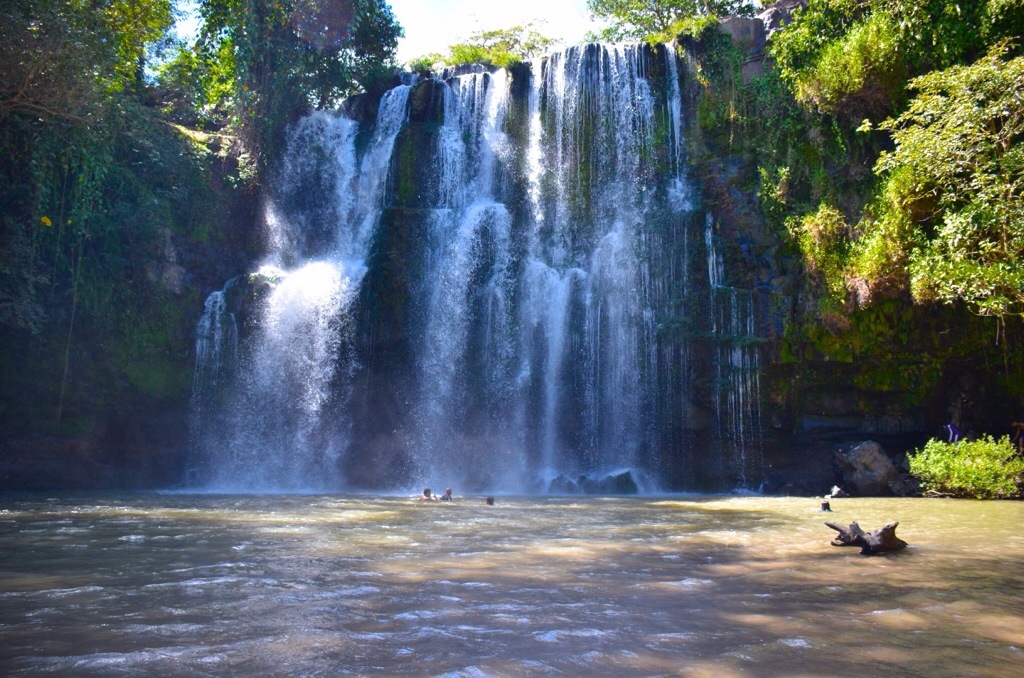