Twenty seven hours of flight later, arrived in Mumbai. Three hours of sleep later, left for office. After that it had been customer meetings after customer meetings, interspersed with hours of commute between customer locations.
Finally got an hour of off time before customer dinner started. A great hour with Shaheed and Vipul in a hotel bar mostly discussing ghazals and shayars. Shahid, who was born in Pakistan, is an amazingly knowledgeable person in Urdu ghazals. We agreed to sit down for a music session when we are both back in Atlanta.
Why did we have such a great time? It is best answered with the following shayar that we discussed … 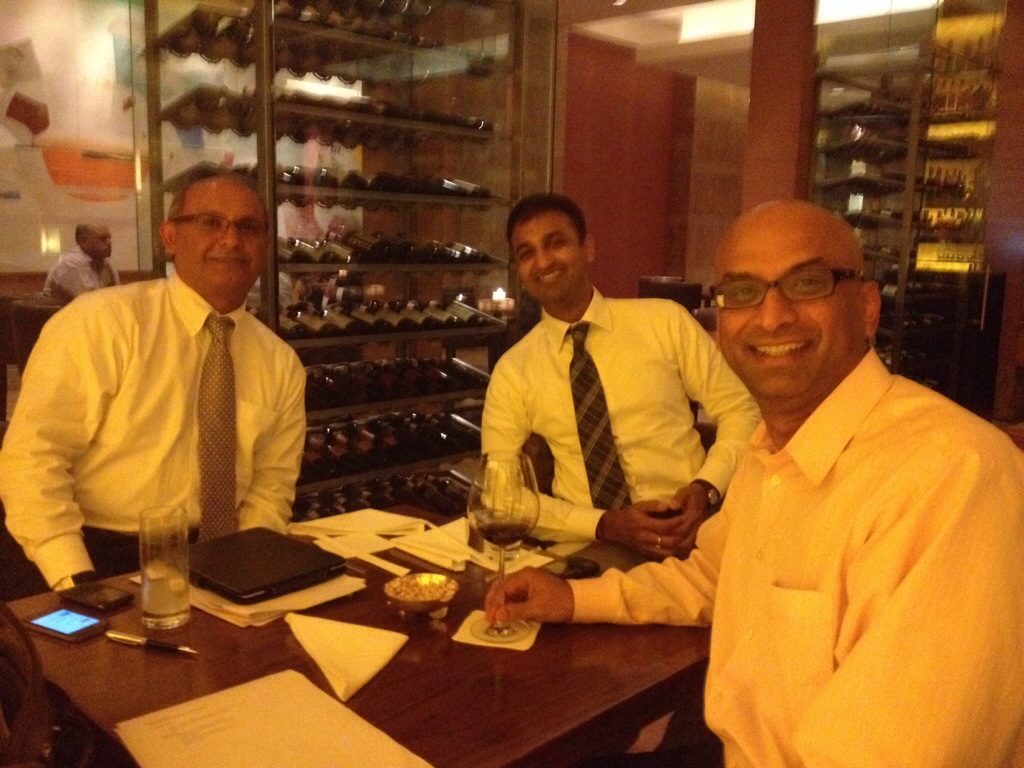