And I finally managed to meet the guy who was one of my earliest friends in life – Arghya Sengupta!! We went to nursery (pre-kg) school together. In 1971. I was not five years yet!!! His son in the picture here is one year older than when Arghya and I started our friendship!!
His late dad used to give me company after school if my dad was late in picking me up! His dad passed away a few years later. That was my first real life understanding that if someone dies, I am not going to see him/her again ever! His mom was my sister’s as well as my wife’s teacher in primary school!!
After years and years of trying thru technology, social media and even running to his old neighborhood and then going door to door to see if anybody knew where he was – I had a couple of lucky breaks last year (including running into his late dad’s elder brother’s daughter’s husband !!!). Finally, today on my way from Durgapur to Kalyani, I was able to go to his home and see him (and his family and mom).
It was a very emotional 45 minutes. We meant a lot to each other early in our childhood. We caught up on so many of our old friends. It was simply surreal to be with somebody with whom a relationship started 42 years back!!! 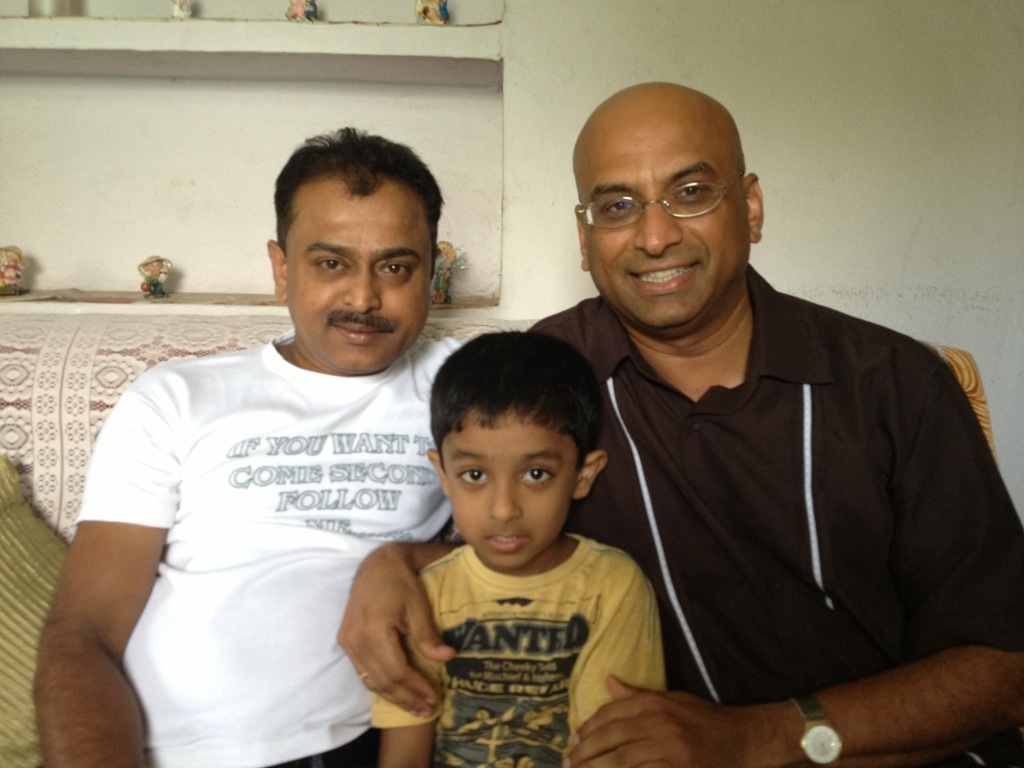