In the few hours that I am in Kolkata, I was lucky enough to spend half an hour with my classmate from fifth grade – Debasish Chakraborty. The last time I saw him was in 1986 when I ran into him outside a movie hall!! (Most people who know me closely enough are probably wondering what was I doing outside a movie hall 🙂 Fact is I have seen about six movies in some movie hall in my entire life. “Bhalobasa Bhalobasa” in Durgapur Cinema in 1986 was one of them!!
Well, he is a much accomplished central government official now. To relive our old times, we just sat outside on the side streets outside his office and caught up on each others’ parents, family and old schoolmates over a couple of cups of tea!! Living thru these moments is what gets me really excited about life. Who knew 27 years later we will share a cup of tea again?
Another interesting tidbit on him – I think he is the only person whose entire family – he, his wife and his twin kids (more on their talent in a later post) are my FB friends!! 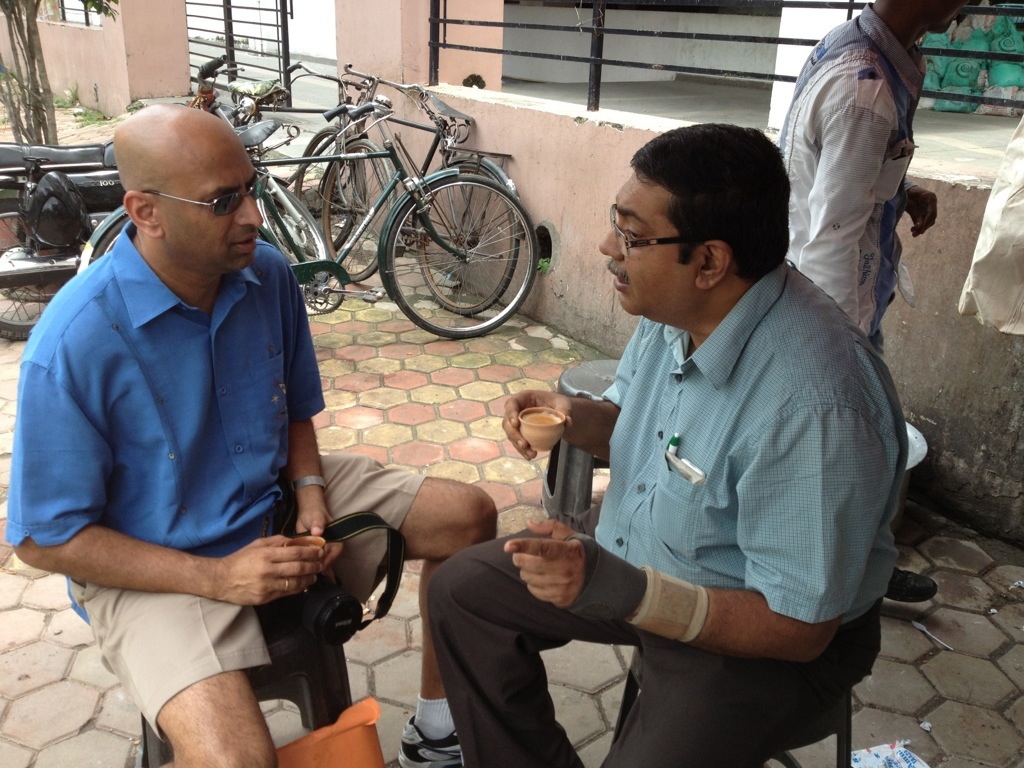