Thanks to Midwest-sized hospitality from my good old friend Dann and his team in St. Louis – Vince, Debbie and Scott and the rest, I saw my first full (ice)hockey game of my life. Best seats in the stadium. We had the two teams and the commentators on either side of the plexiglass. Right on the center line. And on the ice. And I mean right on the ice. I was one plexiglass away from pronouncing “boss, it was blown to smithereens” as “boff, ith waf fluh fo ffithereenf” (Tintin aficionados, no doubt recollect the villain Alan’s talk after his teeth got blown out 🙂 )

I had no idea about the rules of hockey. As it is, whenever somebody says hockey, I think of the hockey I used to play in India – which is called field hockey here, I think. I had no idea growing up what ice hockey is all about. Ice is something you got out of a refrigerator and on very hot days (which means any day in India), you put it in Dipy’s Squash and enjoyed the drink. That you can cover a whole darned field with ice was beyond my wildest level of imagination of refrigeration capacity.

My brush with a field filled with ice in Dallas, wasn’t a particularly pleasant one. There is nothing more frustrating than being an adult and having to go thru the same process you went thru when you were eight months old – trying to stand up and falling down. In front of our friends. Repeatedly.

And then I had heard about the old saying – “I went to see a fight and a hockey game broke out”!!

So, you will pardon me for not knowing what to expect. I have to say I had the best time of my life. Learnt a lot of rules. BTW, whose great idea was to put 3 periods in a game? It is like “we are not as small as soccer but not as big as football either”!!! I also learnt three key things:

Above all, I know have some awesome friends in St. Louis. 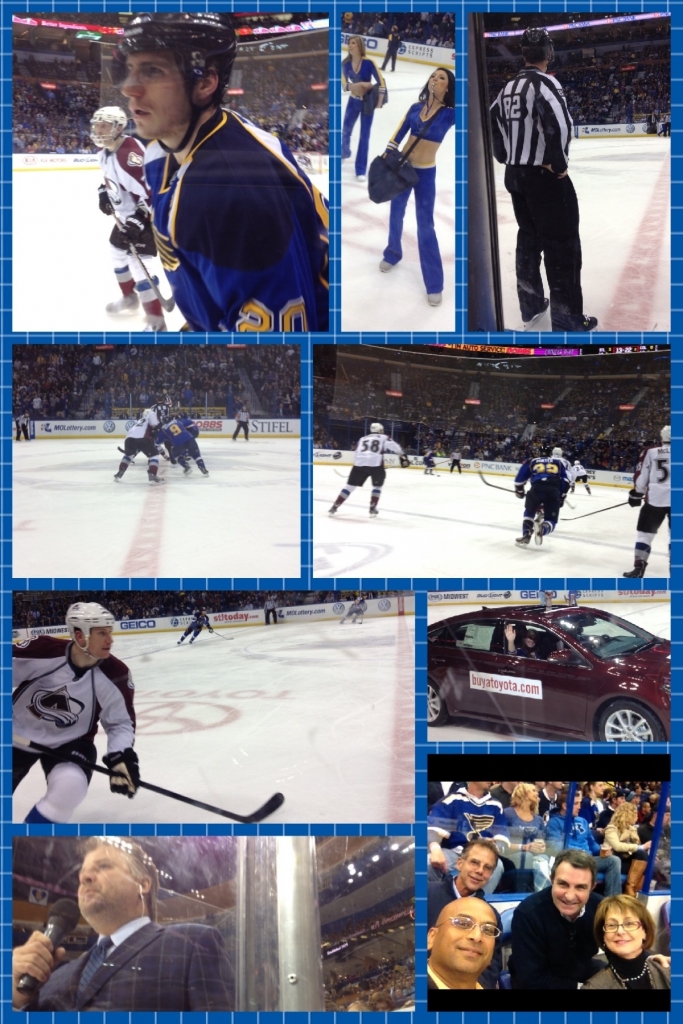