5K run in windchill driven -7degree F. (-22 degree Celsius). The biggest difficulty was not the cold – although the wind was nasty – it was my glasses. My breath escaped thru the mask and froze on the glasses. In the end, I was barely seeing thru a small hole in one glass. The other had ice particles on it!!! (See pic)

The Starbucks lady admonished me that I was crazy to go out and run today. I sheepishly offered that it would be boring if everybody was sane. Somebody has to do the crazy stuff.

So she wrote down “Insane Guy” on my cup and gave the coffee free!!!

If this was a big public race and I had posted a big achievement, I would be thanking everybody now. Especially my wife, who, unlike my daughters egged me on to post a personal record. Coming to think of it, this egging on might have something to do with the fact that last night she realized that she had run out milk and eggs and my Starbucks is next to her grocery store. 🙂 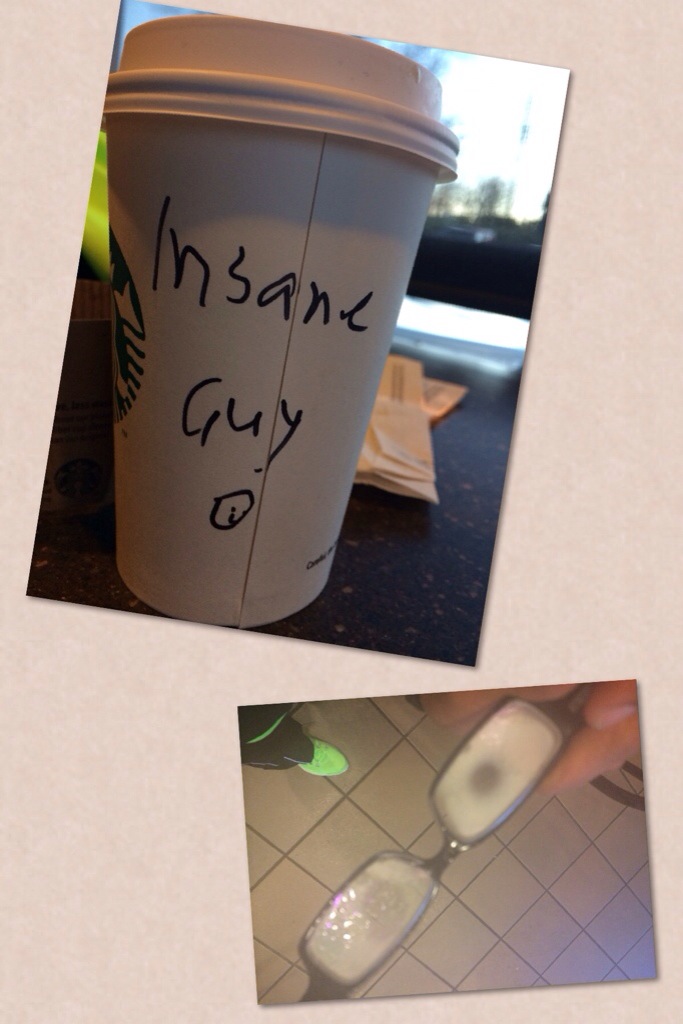