Got some of his humor back

It would appear that dad has stabilized a bit after coming back from the hospital. What seems to have worked wonders is realizing that he is surrounded by his grandkids. Both my nephews from Kolkata are with him and the niece, of course, is downstairs. Especially the elder nephew – who has always been very fond of grandfather – is giving him a lot of company. And the reports say that he has been busy Googling a lot of my dad’s symptoms to weigh in on the discussions that my brother has been having around the path forward.

The grandkids, in their effort to cheer up grandfather, also make video calls to me so he can talk to me.

One of the more humorous stories from today…

We were video conferencing with each other as one of the nephews held up the phone close to him when he asked…
“Kaaney tulo diye rekhechhis keno?” (We have you put cotton plugs in your ears?)
I could hear the nephews whispering “What?”
After I stopped laughing, I told them that grandfather won’t understand bluetooth or Airpods.

And then we could all hear dad continue “Taaka chaibo boley?” (Are you afraid I will ask you for money?)
All I could see is a flash of his face as he started laughing at his own joke.

And then I saw the ceiling.
Apparently, the nephews burst out laughing, were literally rolling and the phone lying somewhere on the floor after bouncing a couple of times – no doubt!

It is then that I realized that at your old age, medicine is not what the doctor really called for. It is being surrounded by your near and dear ones who you can talk to.

In an irony, they still won’t let me visit the hospices here (because of Covid) 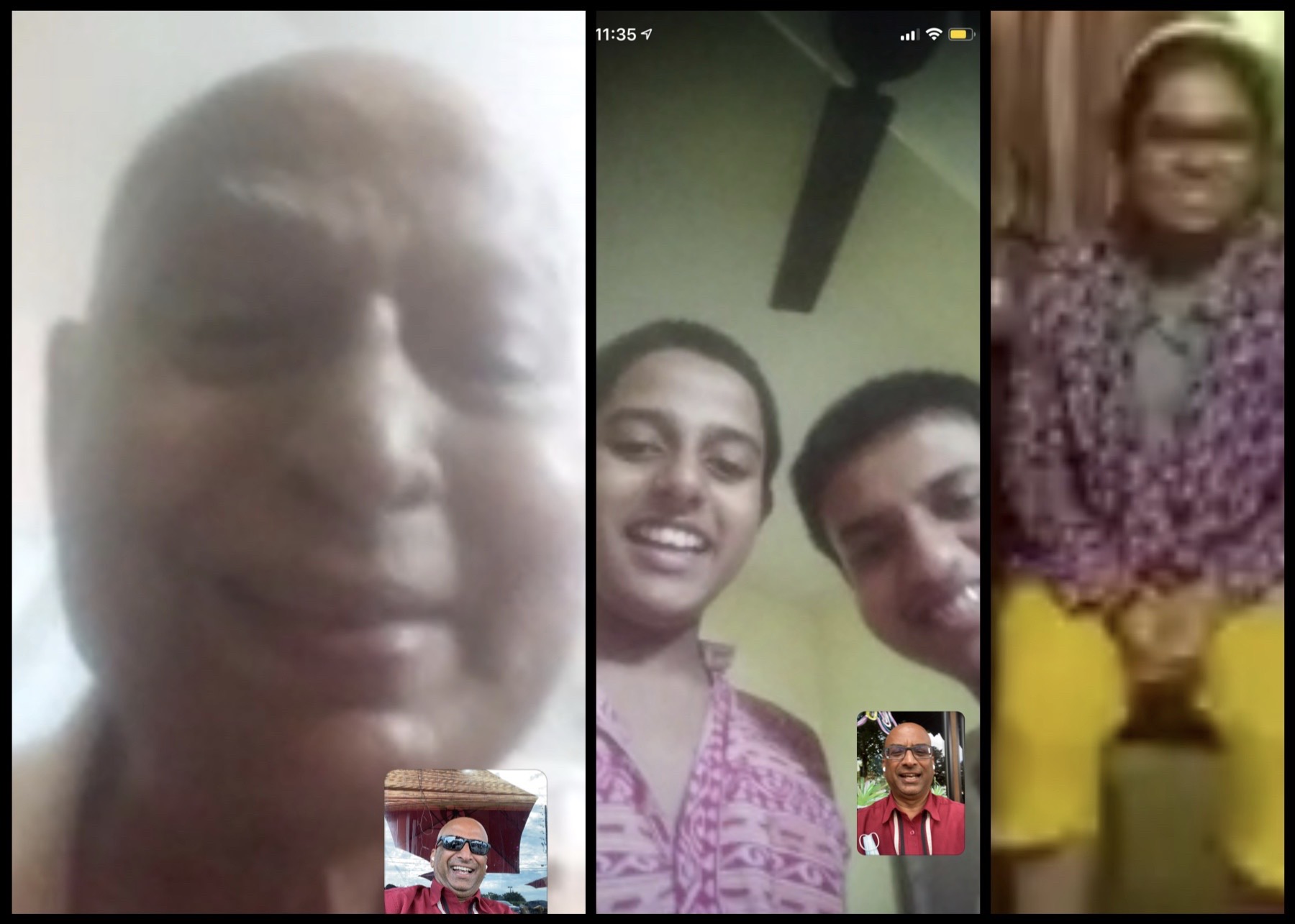 Posted August 20, 2020 by Rajib Roy in category "Family in India