Rounding up my Durgapur trip…

No trip to Durgapur is ever complete without spending a few minutes with Utsab. He is the only son of Baisakhi – my friend from early school days. Baisakhi also has another connection with us thru my sister. She, her two twin siblings and my sister were/are all singers. In fact, they learnt music from the same teacher at one stage of their lives.

Utsab and I have the weirdest topics that we chat about. First and foremost there are the cars. He is an incredible walking and talking encyclopedia of cars. And I barely know which side of the car to sit in to drive it. But I am amazed by his understanding of the mechanical aspects of how an engine works, the differences between the types of cars and details that only an aficionado can master.

From there we move on to other topics. Last time I remember we had talked about his favorite subjects. Baisakhi was not at home. Utsab had not even gotten up from bed. He continued to lay in his bed and I sat next to him and kept chatting. This time the topic was about an animated Robotics game that he is coding. In fact he showed me some of his code on his computer.

I pulled together the sum total of programming knowledge I have gathered over the years and asked “Are there any bugs?” 🙂 It looked like a scripting language to me. He let me know that it was based on Java. This guy has just gotten into his teenage years only a couple of years back. And he is already doing computer programming. I have seen this in US too – kids coding at a very early age. At that age, if you had told me “Java”, the first thing I would have said is “motorcycle” (folks from my era will know what I am referring to).

As you can see from the picture, I responded with the one technology trick I know – how to control my phone camera from my watch. For all that, Baisakhi wrote back later saying “Utsab thinks you are a superhero”.

As long as he has no undue expectations that I will go around slaying villains wily nilly in the streets of Durgapur, I can live with it!!

Impressionable, young minds, I tell you. 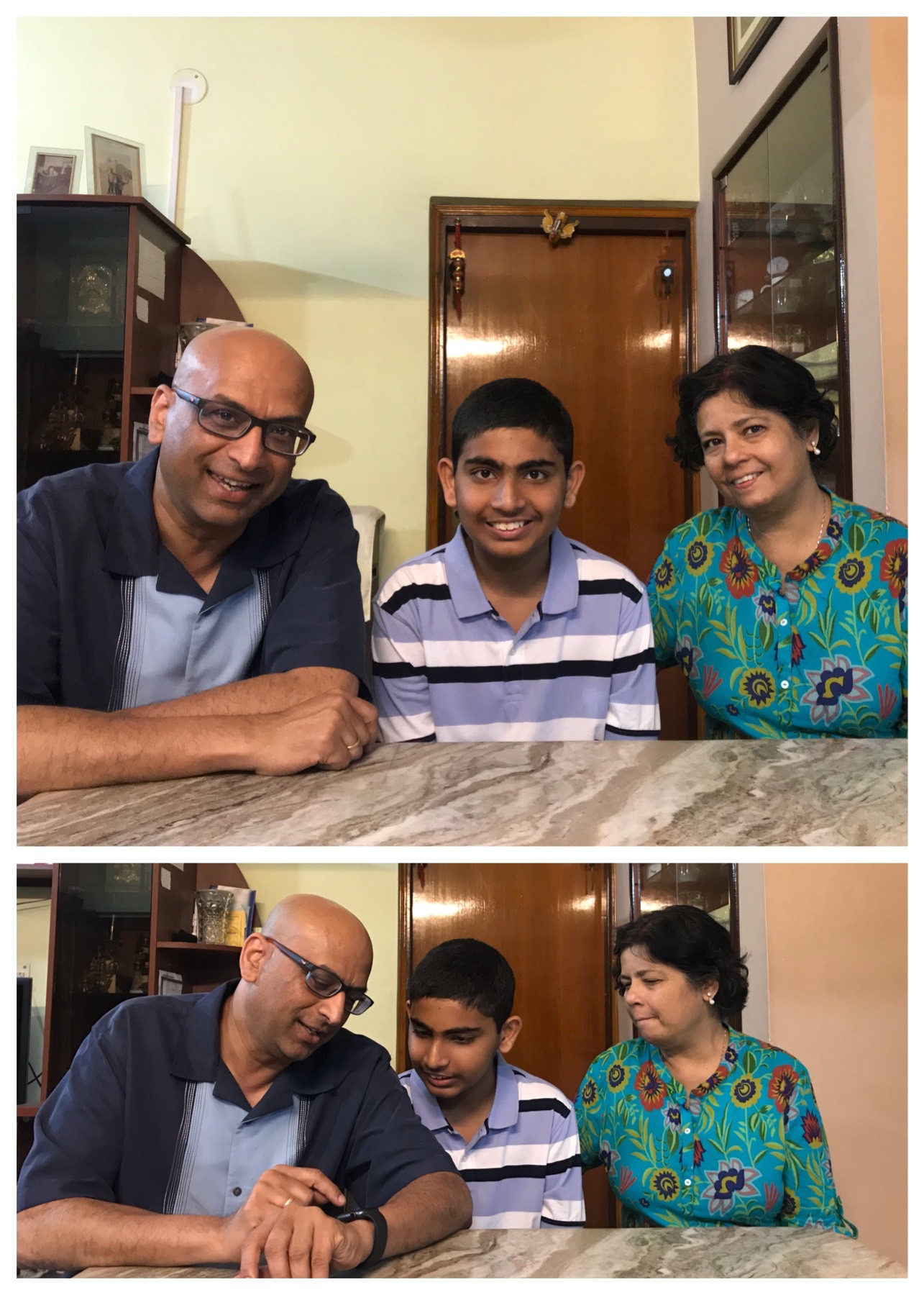