Ever since I finished my first marathon, I had been waiting to find an excuse to meet this guy. John was the person who got me started running as I was approaching the age of 40. I was somewhat assured by the fact that he himself started running at the age of 35 and was able to build himself out to be one of the elite runners in the country. (He was a front runner candidate for the Senior Olympics a few years back when he got hit by an injury, if my memory serves me right). At the age of 66 now, he is amazingly fit.

Over the years, I have made many phone calls and personally visited him in Dallas to discuss a lot of running topics – shoes, injuries, tactics to increase length of runs and pace and the like. We had both tried minimalist shoes for some time and gave up after getting injured. He has now built a family of runners – his son is a runner and now his 9 year old granddaughter is a runner! On my side, seemingly, everybody in my family is now putting in considerable miles every week. The daughters are still sticking to the treadmill though. I need to pull them out in the open.

Anyways, John was the guy I thought of multiple times during my first marathon run a few weeks back. Visiting Dallas for Thanksgiving this week with family gave me the chance to say “Thank You” to him for getting me on a fantastic journey. On Wednesday, after all my office work was done, I did catch up with John at a bar in the evening for some time!! It was great reminiscing my journey thru the years of trying to become a legitimate runner.

This time, we talked a lot about how to bend the curve for my 50s. Apparently, this includes many other exercise than running and also specific things to do to keep my brain alert and functioning. The obvious fallacy of the assumption of me actually having a brain apart, it will be very difficult for me to make a change that makes me exercise but takes me out of nature. I am not a gym guy at all.

But who knows? When he met me first, I told him I am not a running kind of guy either!!

Above all though, this is was my perfect Thanksgiving where I could actually say Thanks to somebody who, more than meaningfully, has changed my life!! 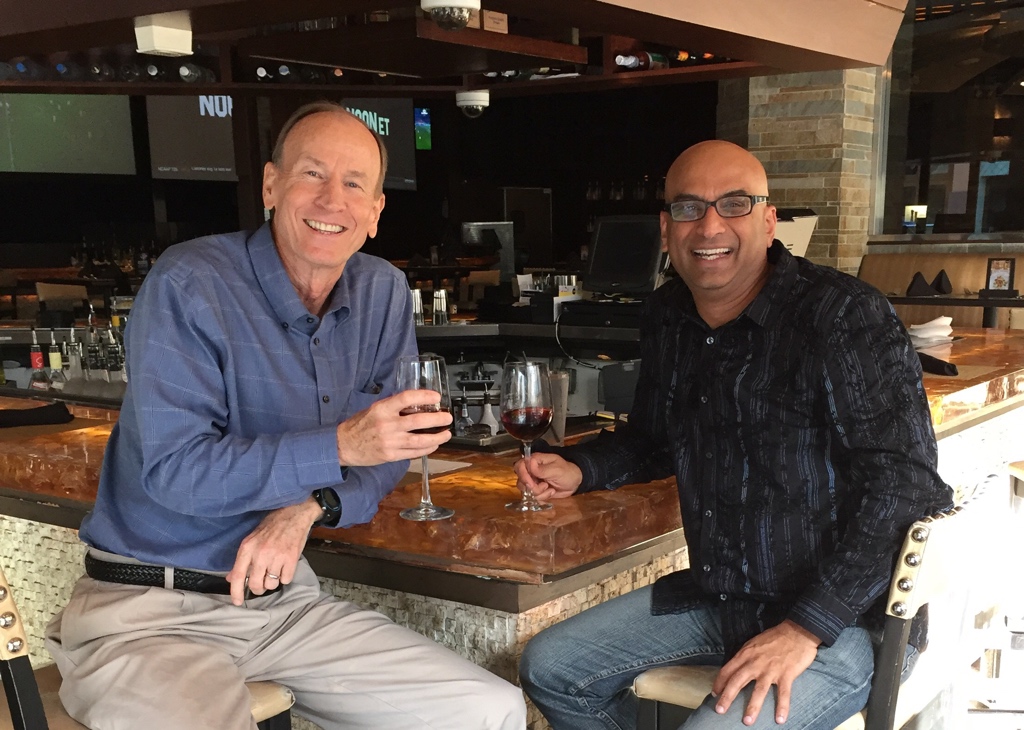