His dad had built this temple. He was aware of that. That was the only known artifact left from his dad. (His mom and his brother has long left him too).

He slowly went up the temple with mom and then looking at the idol, simply collapsed. Remember he has an almost non working knee. He cannot sit down on the floor. He always is in bed or at best in a chair.

He was transfixed looking at the idol. And then, right in front of our eyes, he slowly sat down (we have not seen him sitting on the floor for years!!!!). Mom sat next to him.

A few minutes later, I walked up too. After quite some time, he explained something to me. And I learnt another new family history item. He explained that the name of the God is “Damodar” ( I believe that is an incarnation of Narayan). That is why the temple is called Damodar Temple.

Then it all started to make sense to me. My dad’s name at home is “Damu”. My grandmom had once told me that my grandad had christened him so after Damodar. I always thought that was in reference to the river by the same name that flowed by where we lived (Durgapur). I had probably wondered what was the connection between my granddad and Durgapur but figured Damodar was a very well known river in West Bengal anyways – specially because of the untold miseries it created for people on either bank during monsoons.

Turns out Damodar is the name of a God. My granddad was an ardent worshipper of this God. He even built a temple for the God Damodar. And that is what drove him to name his son “Damu”. Not the river!!! 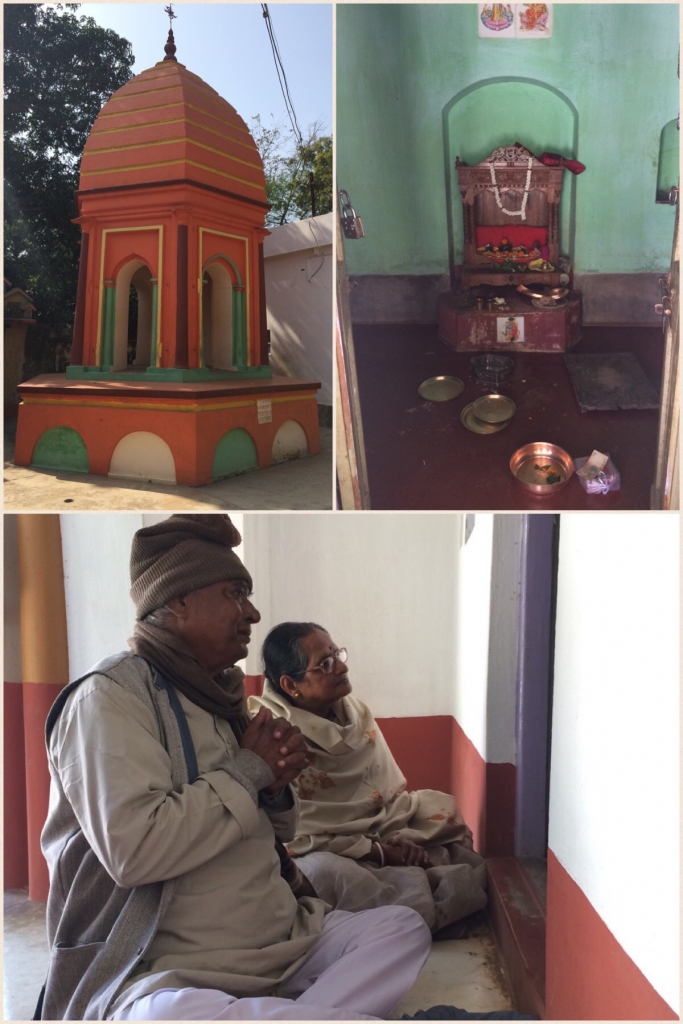