Finally managed to beard the lion in his own den!! Flew from Kolkata to Singapore to spend a day with my erstwhile boss – Hiten Varia! Of all the managers I have had – and I certainly have been blessed with some of the best ones that I learnt a lot from (and still do), Hiten was the one I grew closest to personally. When we were both in Dallas, our kids and the wives – Shernaz and Sharmila became friends too. In fact, Hiten and I have taken our families for vacations together in some great parts of the world together.

And that is the upside when you are building a small startup. You spend so much time together, you go thru such tough times together that the lines of professional and personal relationships tend to blur. It takes a village to raise a startup and the successful startups build some great families.

The thing that made our relationship back in the ‘90s so special was that while we were very tied on core values – especially treating customers and employees, we would often be very very different in our approaches to business. There are some hilarious stories from the past with him on these things.

Sitting in the pub at the Singapore American Club, we went thru some of those moments and what we have learnt thru them. It was 1996. We were under tremendous pressure to deliver to our biggest customer. We just could not keep up with the speed of customers’ requirements and the speed of delivering solid quality, well architected code. Hiten sat me down and explained his belief on how we needed to rejig the org structure and create a new one to solve for some of this impedance mismatch. I fought tooth and nail for two weeks against that idea.

As a reward, I was asked to run the new org!

Till this date, reflecting back, almost everyone agrees that was a brilliant move. Yeah! I came around to seeing that too eventually. So much so, we used a variation of that structure in two of my next jobs!!

As I explained to Hiten last afternoon, thru those intense debates that we used to have at India Palace every late night after work, a few things have emerged in my mind that I have noted down as what I have learnt from him.

(*) The relentless focus on the customer – I truly have never seen anybody who has the customer so ingrained in his DNA. When you realize that you are a successful start up and that you are winning in the field, you can be amazed at how full of oneself one can get with one’s own ideas. While sales and development would start believing that we were better than customers and it was our job to lead the customer from darkness, this guy used to be one of the rare ones walking the corridors clarifying to us who is the cart and who is the horse. This is one learning that has deeply influenced me as a professional in future years.

(*) The ability to hold two opposing thoughts – I do not believe I am that good at it still. Faced with two opposing views, two opposing thoughts – the engineer in me will immediately try to apply logic (or perhaps rationalize) to decide what is “right”? But those days, I used to marvel – may be even get frustrated – that he would hear opposing points of views from me and my teammates or peers and after analyzing them deeply, would just leave it at that. He felt no pressure to align himself with any one view. It was like he would go “Those are pretty persuasive arguments. Each case makes a lot of sense. Good. What is the next topic?”. And I would be like “What? Can we decide first who is right? Actually, can we decide that I am right?” 🙂 You can guess what an idiot I was.

(*) Empathy – This is the single most trait of Hiten that everybody who knows him will say is his hallmark. And the one thing I will admit that I will never ever be able to copy. I have given up and concluded that I just am never going to be empathetic at this level. There are some very funny stories here too. He and I were in a meeting with a customer – ready to face the music – we were terribly behind in delivering. The customer – and this was a lady running procurement with a budget of multiple billion dollars in one of the largest multinationals in US – did not exactly beat around the bush. Hiten, then started talking. The more he talked, the more I was like “What are you doing? We need to give some logical arguments and build a case on our side”. Once he was done, I was pretty sure the customer was going to take us to the cleaners. I had not made head or tail out of what he said. And yet, the lady, looked at him and said “That is all I needed to hear from you Mr. Varia today. Please see to it that your team does its best to support my team”. And then she left after exchanging a few more pleasantries.

I was left stunned in the room, trying to make logical sense of what had just happened. Today, I realize that I was trying to use the wrong tool – logic from my cortical part of the brain – to understand empathy which comes from the limbic part of the brain.

I do remember on the flight back, sitting next to him, I tried multiple times asking “How do you do that?” and had stopped. I was starting to understand that these folks operate at a very different level.

Once in a while though, I can get them to my level – especially if I can grab them over a couple of martinis at a bar in Singapore!! 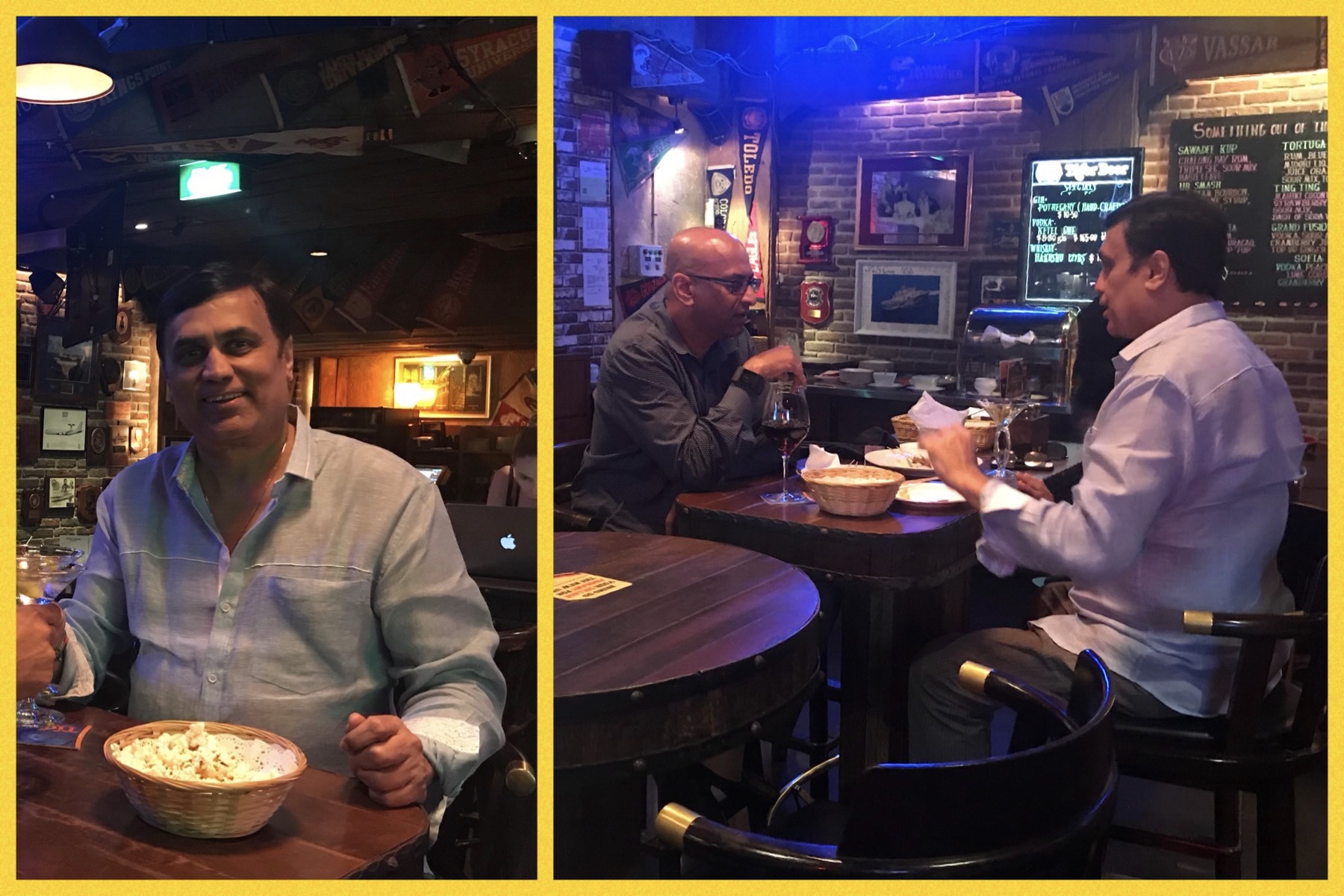