That is one “driven” driver…

“O tumi?” (You again?), I remarked as I got into the car my brother in law had arranged for me to go visit Jagannath-da and Santo-da (see previous post). The driver too immediately recognized me. I forget where – but this young driver – Kishore is his name – had chauffeured me around once before. I remember him as a very driven person. And very inquisitive. He had a lot of questions for me about America and how to establish oneself in life.

This time was no different! As he drove me to my village, we had some very interesting conversations.

“Ami America jaabo” (I want to go to America)
“Besh to” (Sounds good)
“Passport banatey diyechhi” (I am getting my passport made)
“Very good”
“Aar ki kortey hobey?” So, he wanted to know what else he needed to do to go to America.
“Visa laagbey” (You will need a visa)
“Visa? Seta kothay paabo?” (Where can I get a visa?)

“Ami to gaari chaalatey paari”. (I can drive cars).
I gently broke it to him that there are many people driving cars in America and that may not be enough skill to impress the person at the consulate.

He became very thoughtful after that. In fact, I don’t think he asked me too many questions after that. I was feeling a little bad that I might have unnecessarily stymied a young person’s ambitions.

Soon, we pulled into our village and I got lost in my conversations with Jagannath-da and Santo-da.

On my way back, I was on an emotional high after my intersection points. Kishore suddenly asked me “Apnader okhaney aloor chop paoa jaay?”. He wanted to know if we get “aloor chop” in America.

Now, to the uninitiated, let me explain that “aloor chop” is a dietitian’s worst nightmare come true. And as such nightmares always tend to be – heavenly delicious to taste. Essentially, it is potato fritters – that is a specialty of my state in India – West Bengal. You get them in road side stalls. Roughly speaking, it is mashed potatoes (mashed with a lot more ingredients – but hot chilli peppers is one of them) that is then rolled by hand into small circular shapes, dipped in batter and then fried in a large container of oil that has clearly seen better days 🙂 ). And then sprinkled with “beet noon” (rock salt).

To die for. And then die from.

But I have never found this anywhere else in India or in the world, for that matter. And I have complained to Sharmila in the past about it.

“Aloor chop kintu paoa jaay na okhaney”. I admitted to Kishore that we do not get “aloor chop” in America.

I was thinking that he will remark that even in America, you do not get everything then… “Dekhun taaholey America-teo so kichhu paoa jaay na”.

I had to laugh out very loud when I realized his angle. My God! He wanted to know if he learnt how to make “aloor chop”, would that skill be unique enough for him to go to America (since he figured nobody can make “aloor chop” in America).

I let him know that I do not about that but with his level of drive and focus in life, one of these days he is going to land up in America, for sure.

It made me think how focused this young gentleman is to improve his lot.

Which made me also wonder – am I still as focused to improve myself and my lot? And others’ lots? Am I still hungry enough? 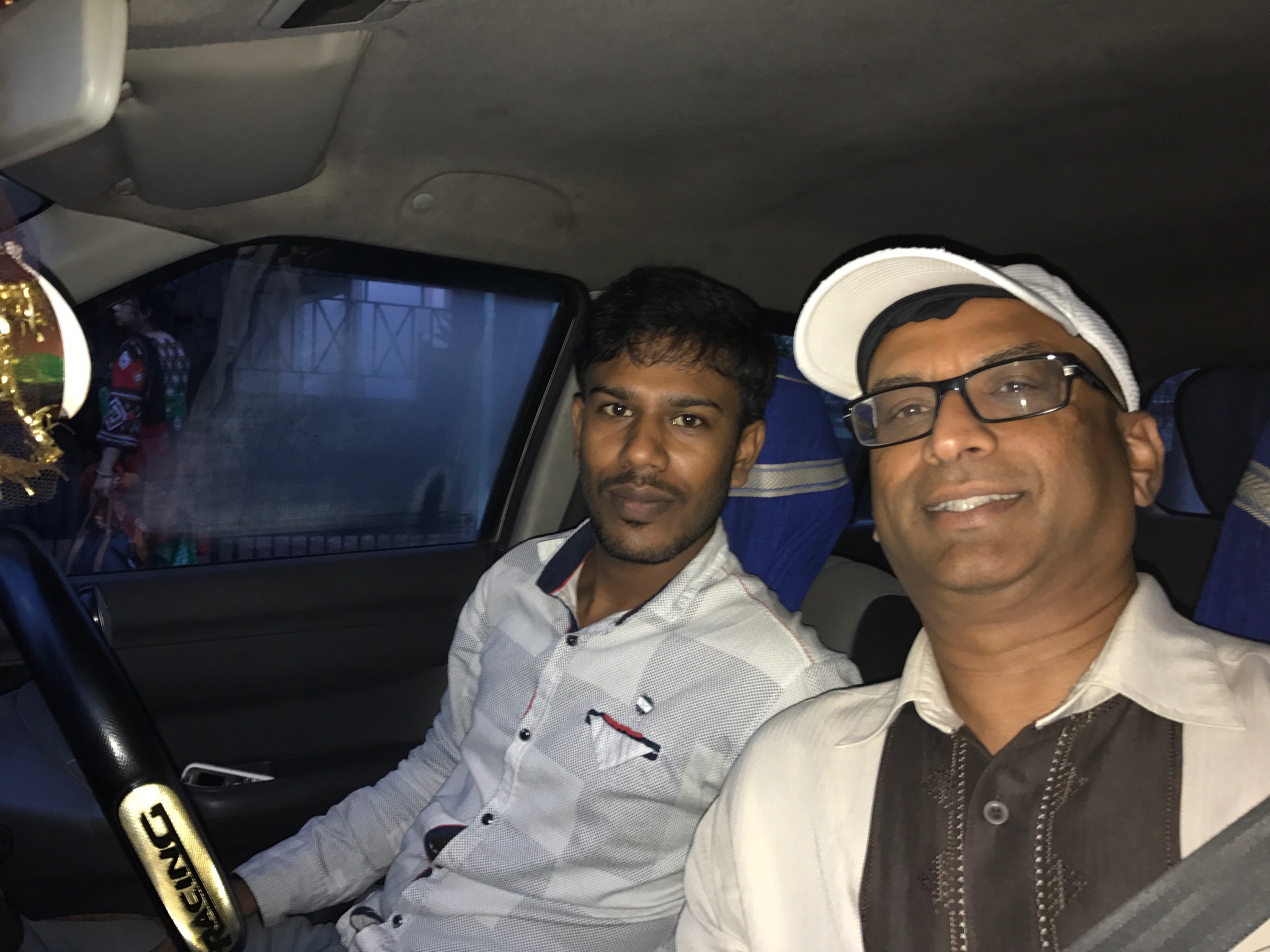