Saw this while doing some yard work this afternoon… 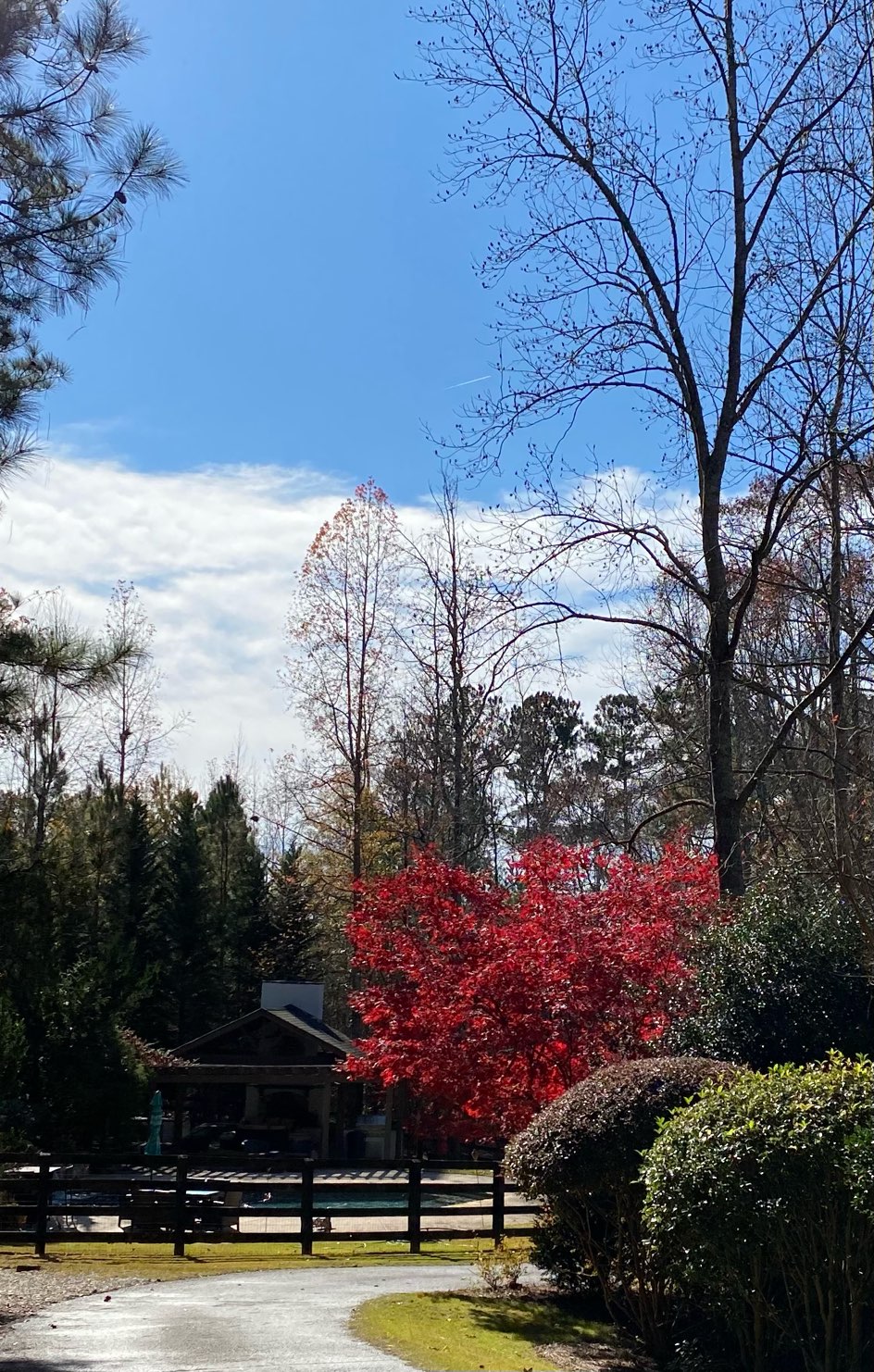 This time it is a recommendation from Avi Basu – Steven Johnson’s “How We Got To Now”. This book focuses on six inventions and the surprising downstream long term changes they have brought – “Hummingbird Effect” – as he calls it. These are inventions that you will not come up with very quickly – glass, air conditioning etc.

And that is his point – while we easily understand the short term, immediate effect of these inventions, if you think thru it a few more steps, you will realize that the long term effects have been profound for these seemingly innocuous inventions. As an example, he cites how the printing press gave way to our understanding of the edges of the universe.

While the connection is not apparent at first, the author points out how spread of printed material made people realize they are farsighted (could not read as well the smaller scripts) which gave rise to glasses (lenses) which gave rise to microscopes on one end and telescopes on the other. Without the need to read the small print so often, we would have never stumbled upon lenses, the author argues.

Will continue to enjoy reading the book by the fire the next few evenings. 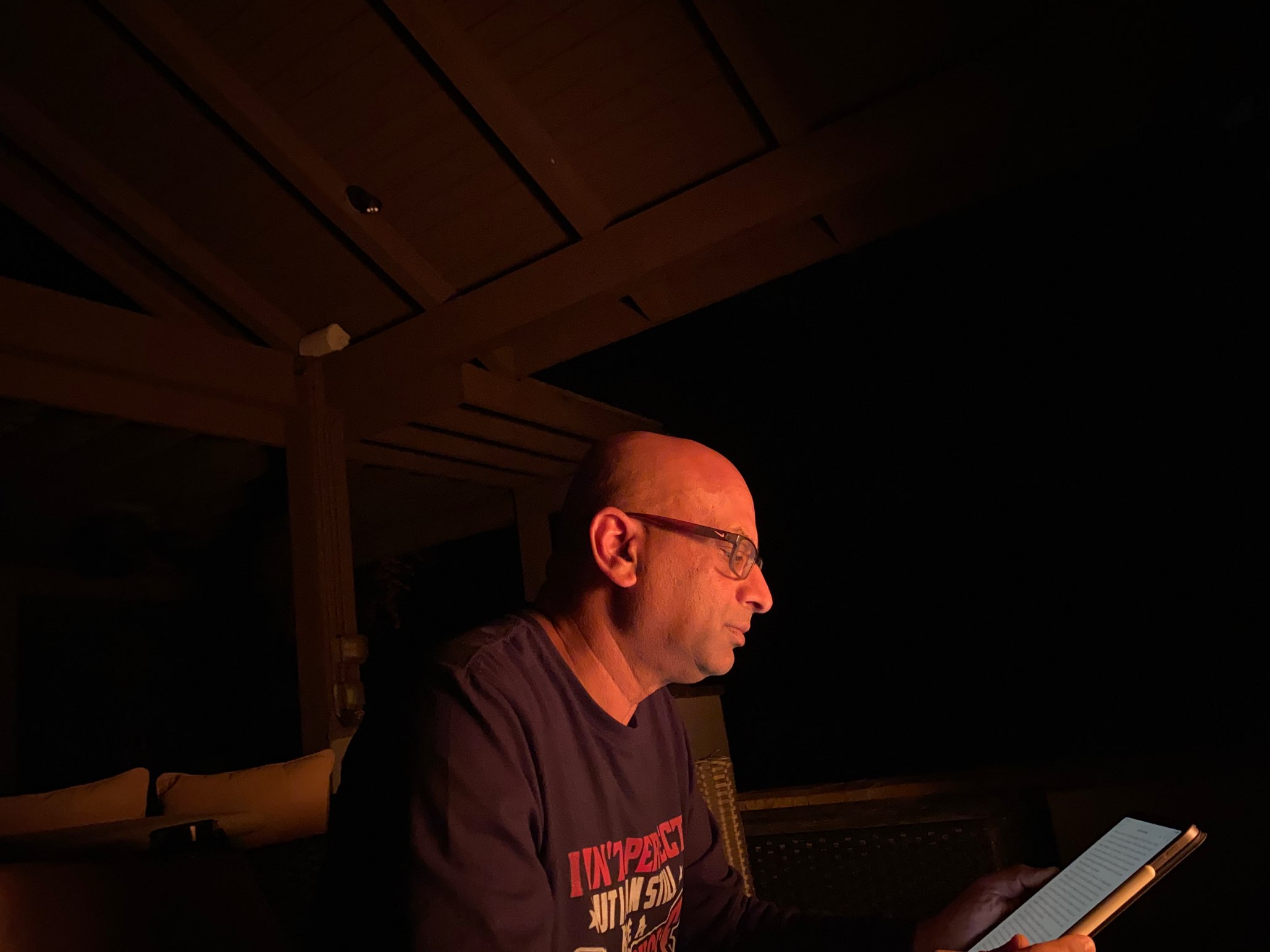 From the bartender’s corner – Red Apple

Shake two ounces of vodka (I used Tito’s), two ounces of apple juice, three quarters of a spoon of grenadine and a spoon of fresh lemon juice in a shaker with ice. Pour it out in a martini glass and add an apple slice as garnish.

I like apples – especially during the holidays – but am not big into cider. This was a great aaple cocktail for a relatively warm fall evening. 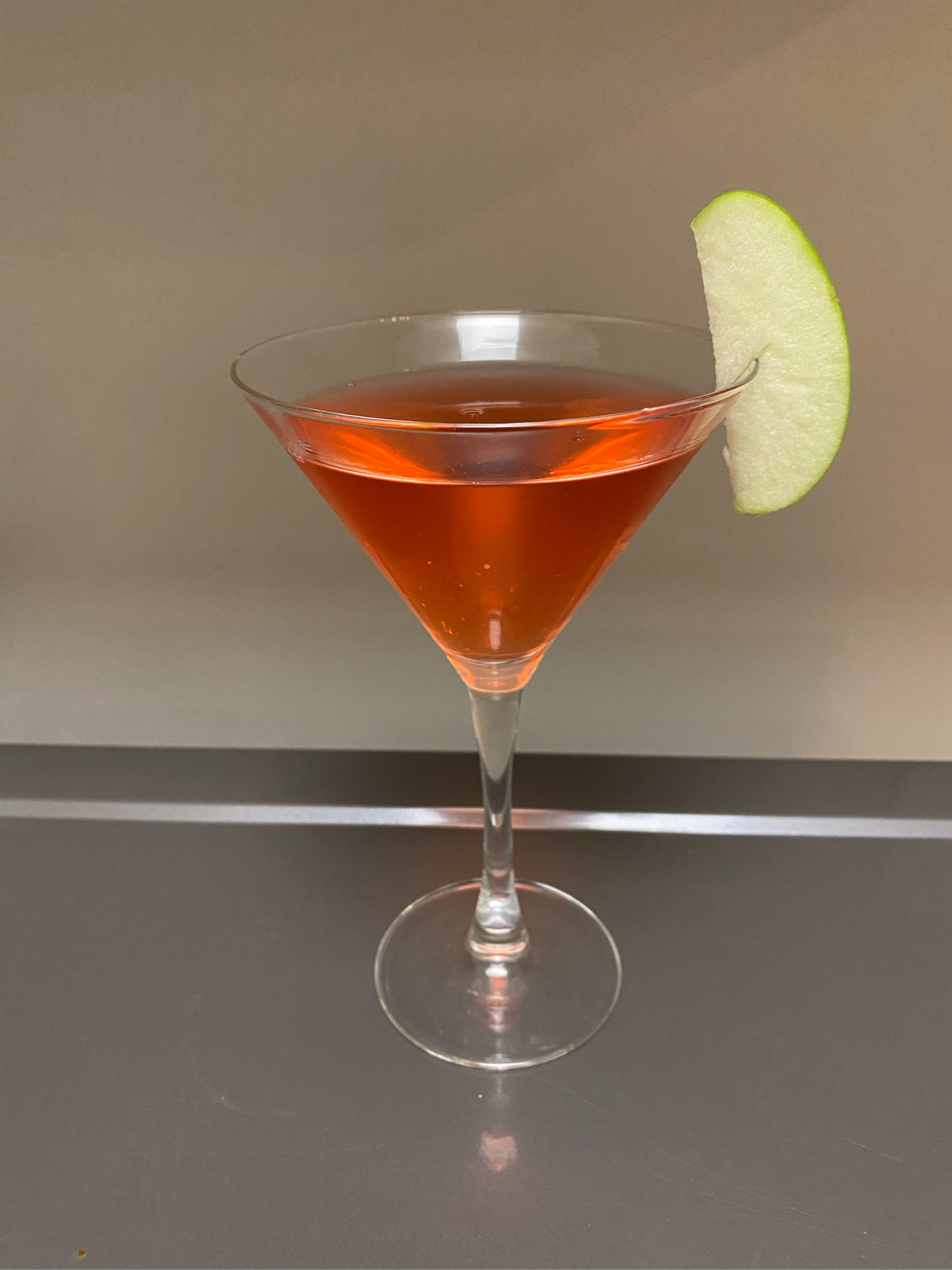 On our way back from the mountains, stopped at Talking Rock to check on progress on the microbrewery that is being set up inside the railway carriage that has been sitting there. Looks like it still has some work left… 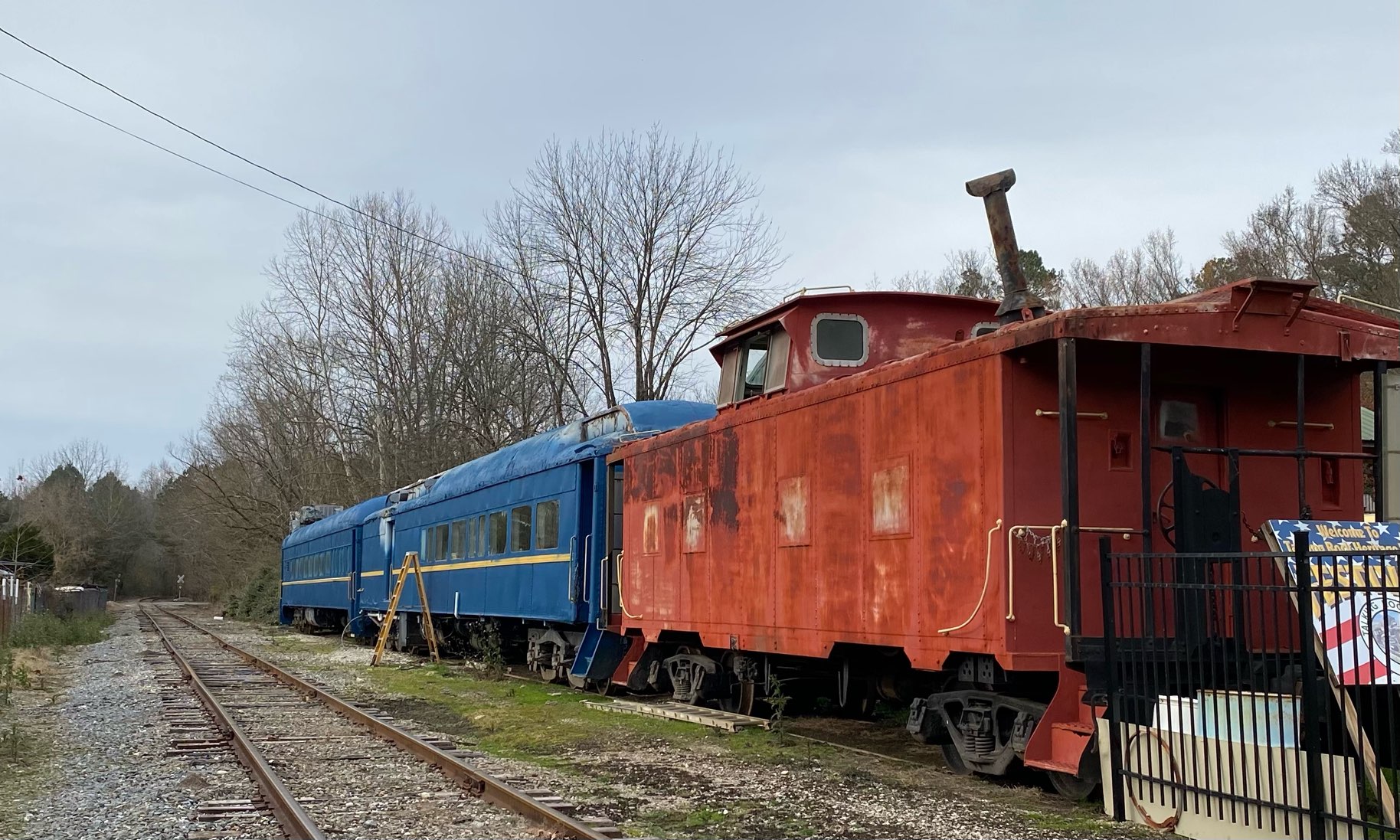 Usually I am there with my motorbike friends. This time it was with the whole family! 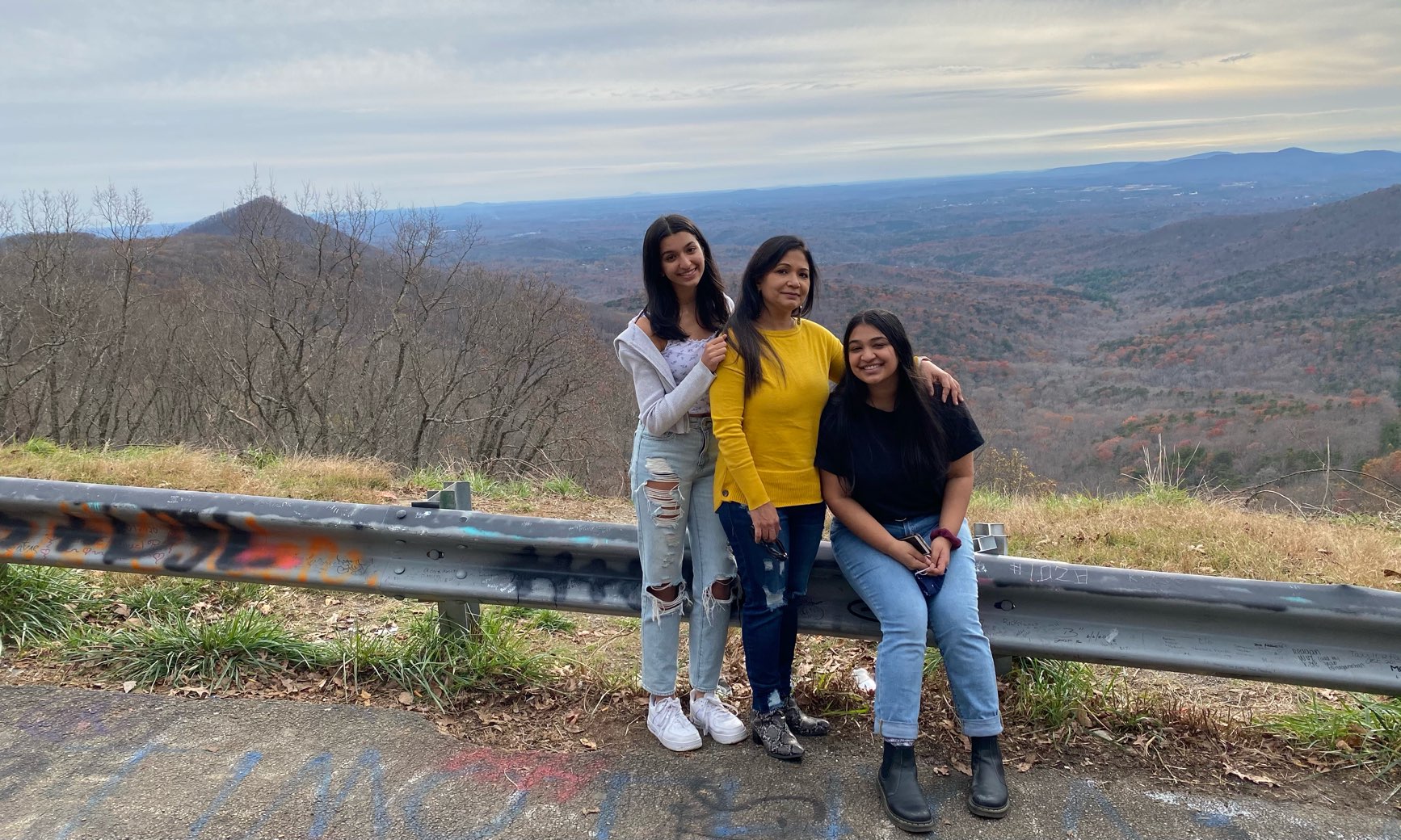 The family celebrated Sharmila’s birthday with a picnic lunch at Fainting Goat Winery. Usually we celebrate her birthdays in a different country but this once Covid pushed us to North Georgia mountains. We picked up the lunch from Old Mulehouse in Jasper. The wait for food was a little tedious but the taste was totally worth the wait. First time in a long time the whole family went out for a picnic and card games!! JayJay had the best time of his life! 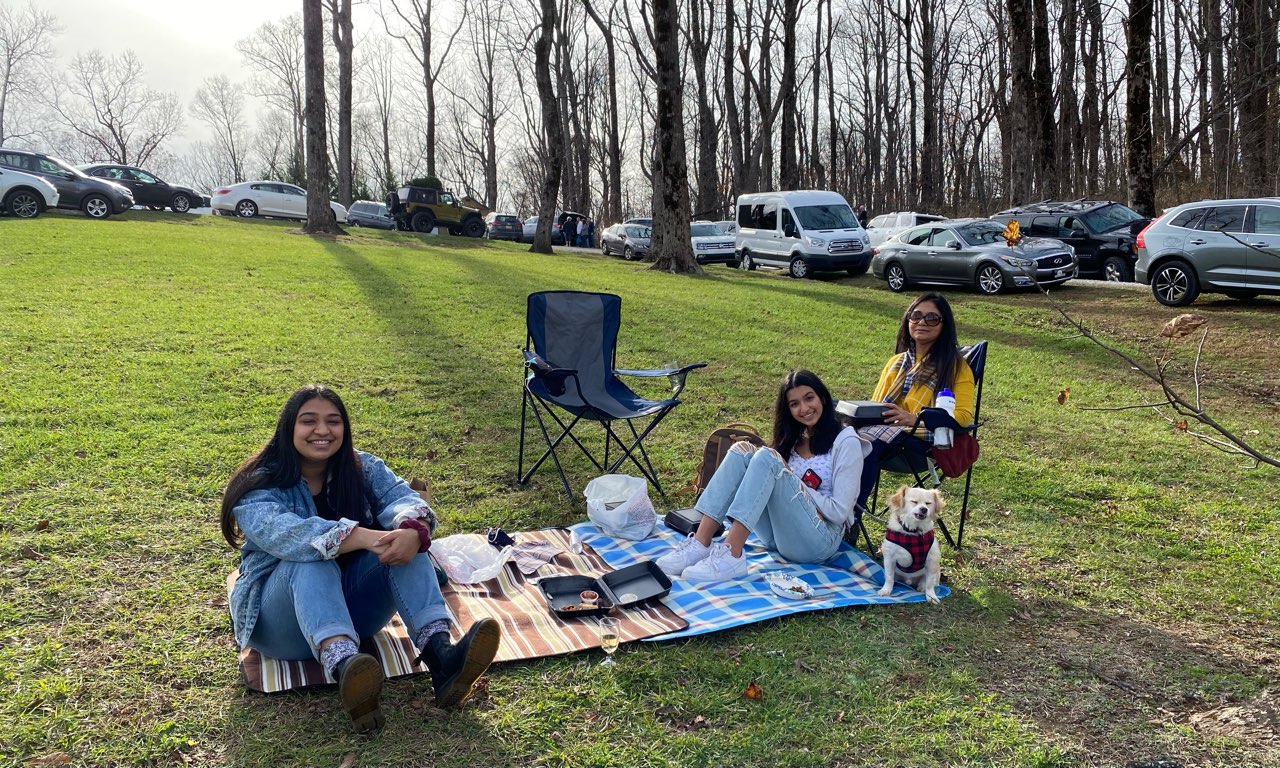 This is an absorbing book if you have any cursory interest in numbers and how they came about. Alex Bellos, a British journalist has a good story telling style and presents fairly well some of the mysteries behind numbers.

For example, did you know…
… if we did not go thru math classes, we would naturally think of numbers in logarithmic scale? We would think 1,2,3, a few, many… We understand ratios better than differences. (Remember that example from a previous post on why we would not walk 50 yards to buy a car for one buck less but will do so for a 2-buck coffee?).

… that base 10 is very inconvenient? 12 is the most convenient base (explaining 60 minutes to an hour, 12 inches to a foot…). But 10 became standard because it was easier to count with our fingers that way. Ever wondered why a finger is also called a ‘digit’?

… there are some fascinating stories about Pi. You can read about them in a prior post here

… why do we call a variable “x”? Originally we used upper case vowels for variable and consonants for constants. Descartes switched to lower case. He denoted variables from the end… “z”, “y”… and constants from the front “a”, “b”… But while publishing his book, the printer started running out of “z”s and asked if he could use “x”. (there was not much use of “x” in words). Descartes replied that he did not care. The rest became history. If not for the printer running out of letters, we could have had Z-Rays to check your chest infection today or Malcolm Z !!

… what an ambigram is? See this post on how I now have started writing my name in ambigram.

… that the largest number smaller than 1 simply does NOT exist?

… that leaves tend to sprout out at 137.5 degrees relative to the previous leaf? (if you see from the top of the shoot) This is rooted in the Golden Ratio and Fibonacci sequence. (It maximizes the sunlight the plant can get regardless of the number of leaves)

… (speaking of Fibonacci numbers)… that most flowers have petals that is a number in the Fibonacci sequence? So do the spirals in a pineapple, spruce cones, sunflowers…

This and many other fascinating facts that our teachers never used to make math really interesting to us can be found in this book. You do not need to know math to enjoy this easy reading book 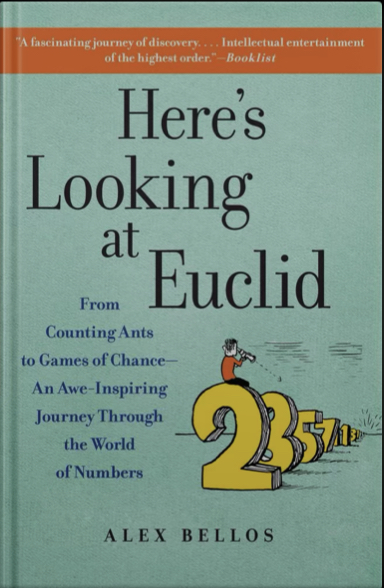 Thanksgiving dinner with the whole family… 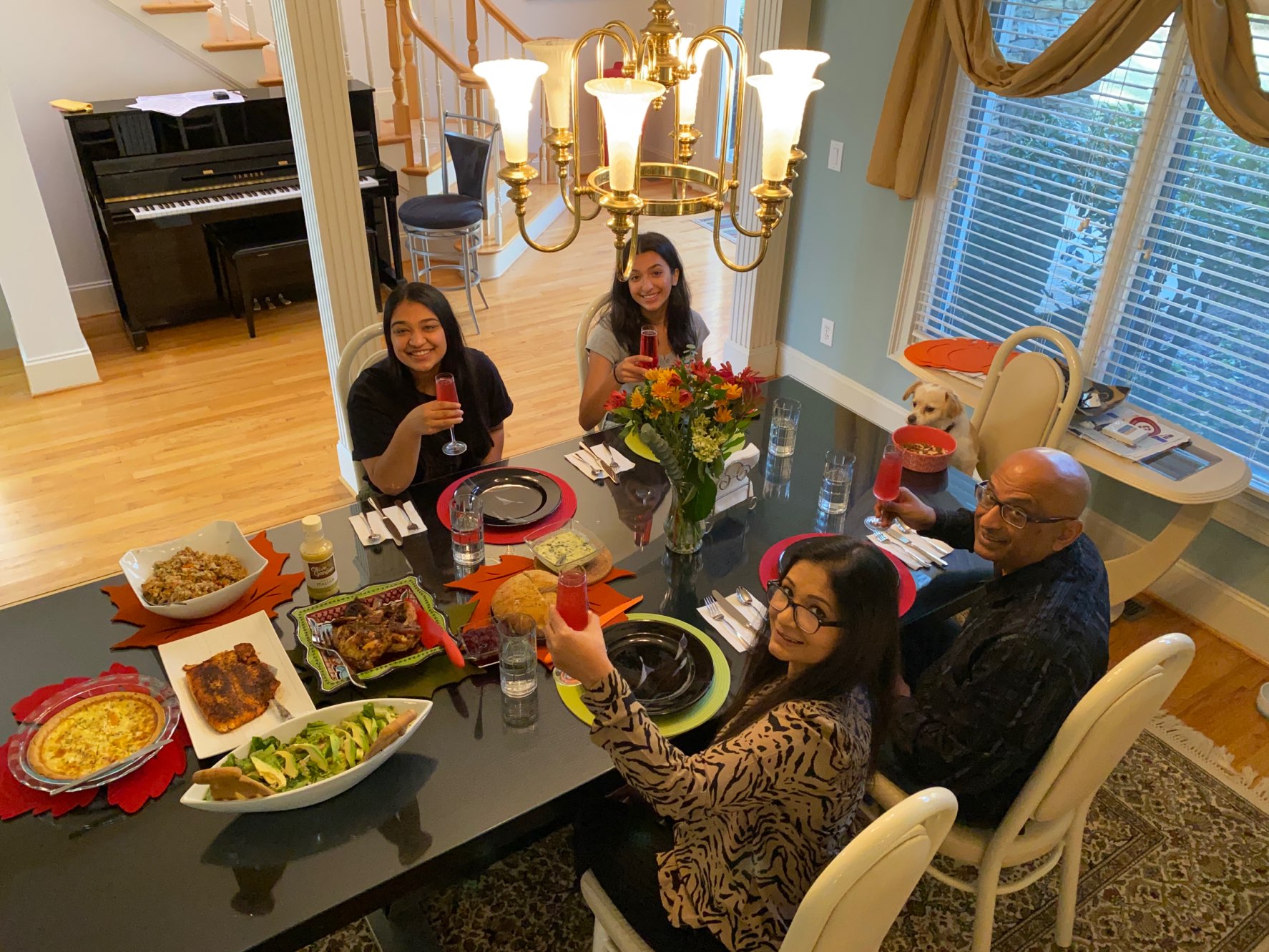 From the bartender’s corner – Poinsettia

This is a holiday favorite. Made it for Thanksgiving dinner. One was a mocktail.
Stir 3 ounce of cranberry juice and an ounce of cointreau in ice. After they have cooled down and mixed well, pour it in a flute glass. Top it off with chilled champagne. (there should be at least 3 ounces of champagne). 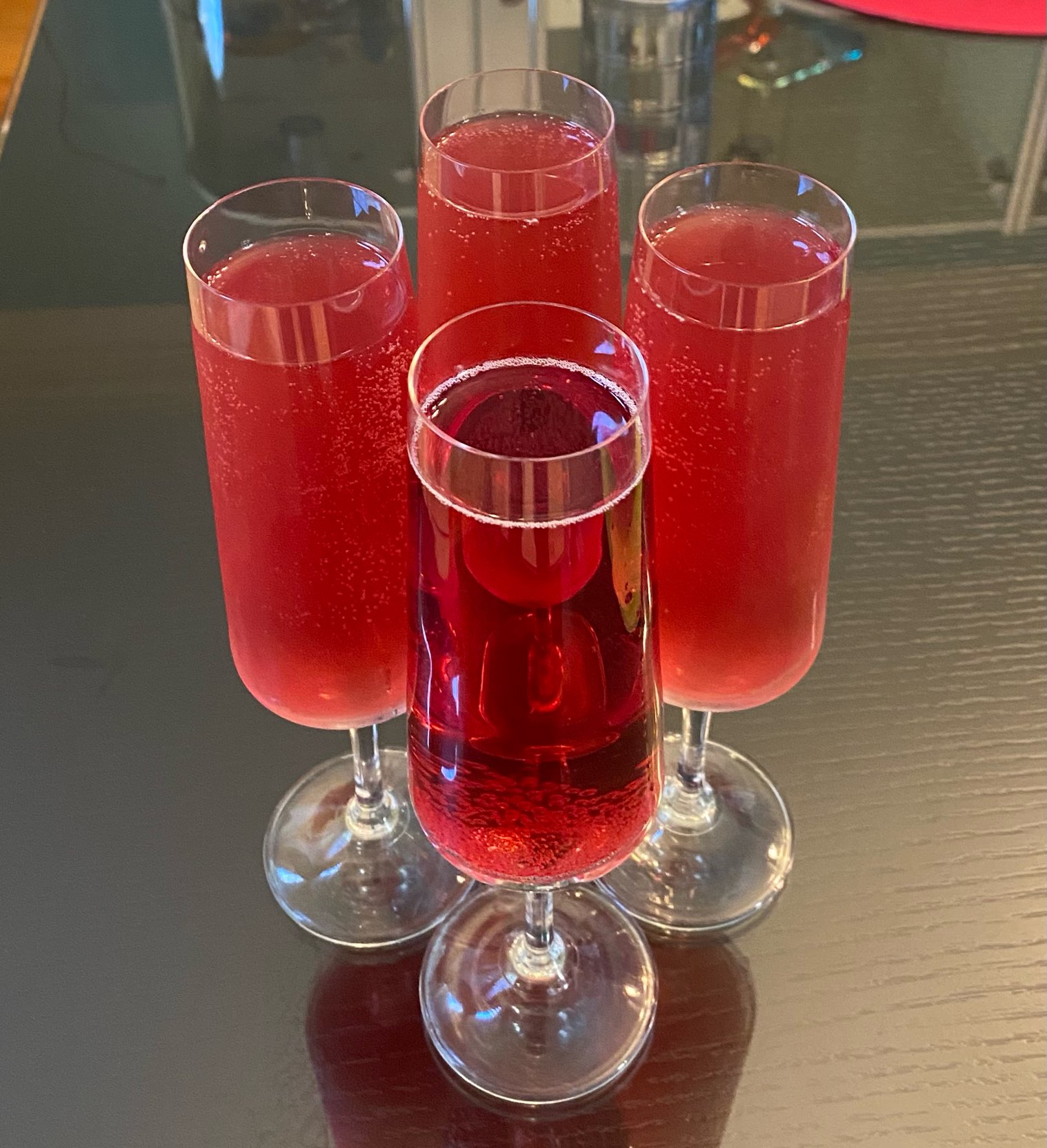 Ran into old runner friends in the trail

Finished up the run with coffee at Starbucks at the end.
With Rakhi, Seemita-di, Bhaskar and Mrinal-da 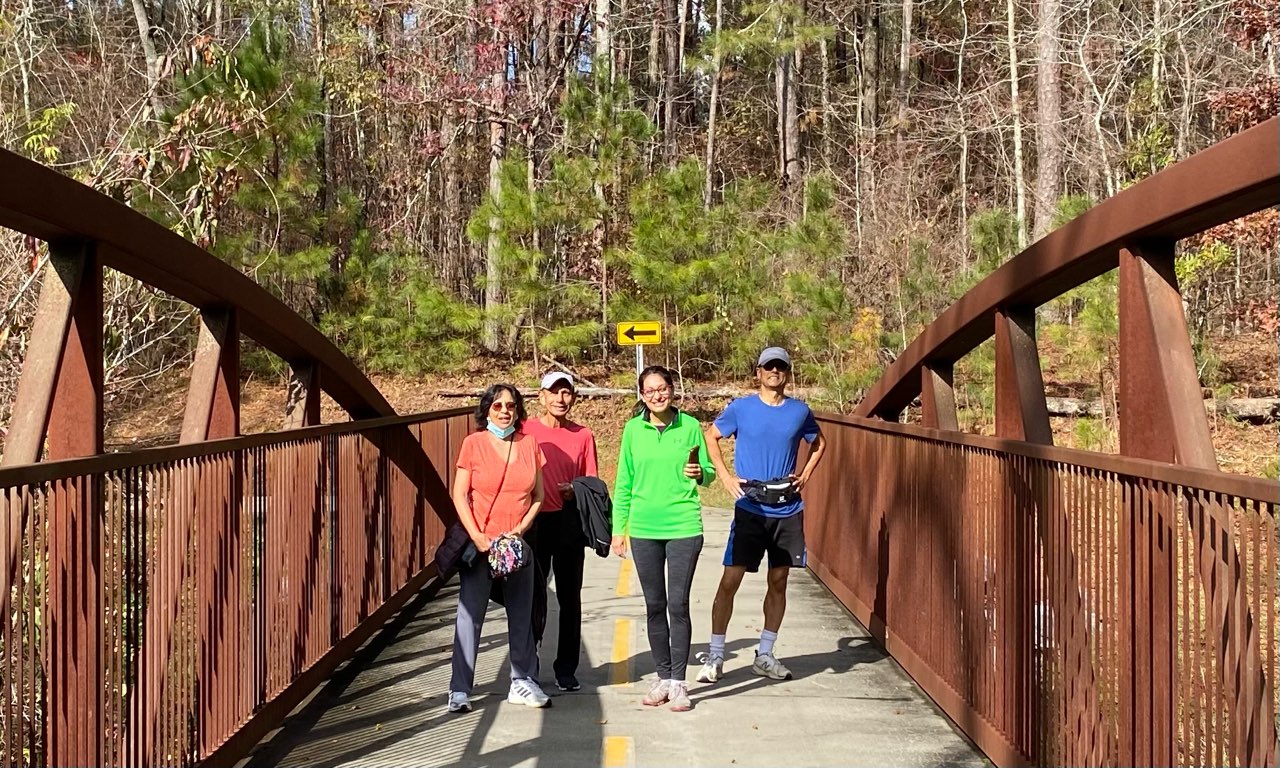