Ready for the day… 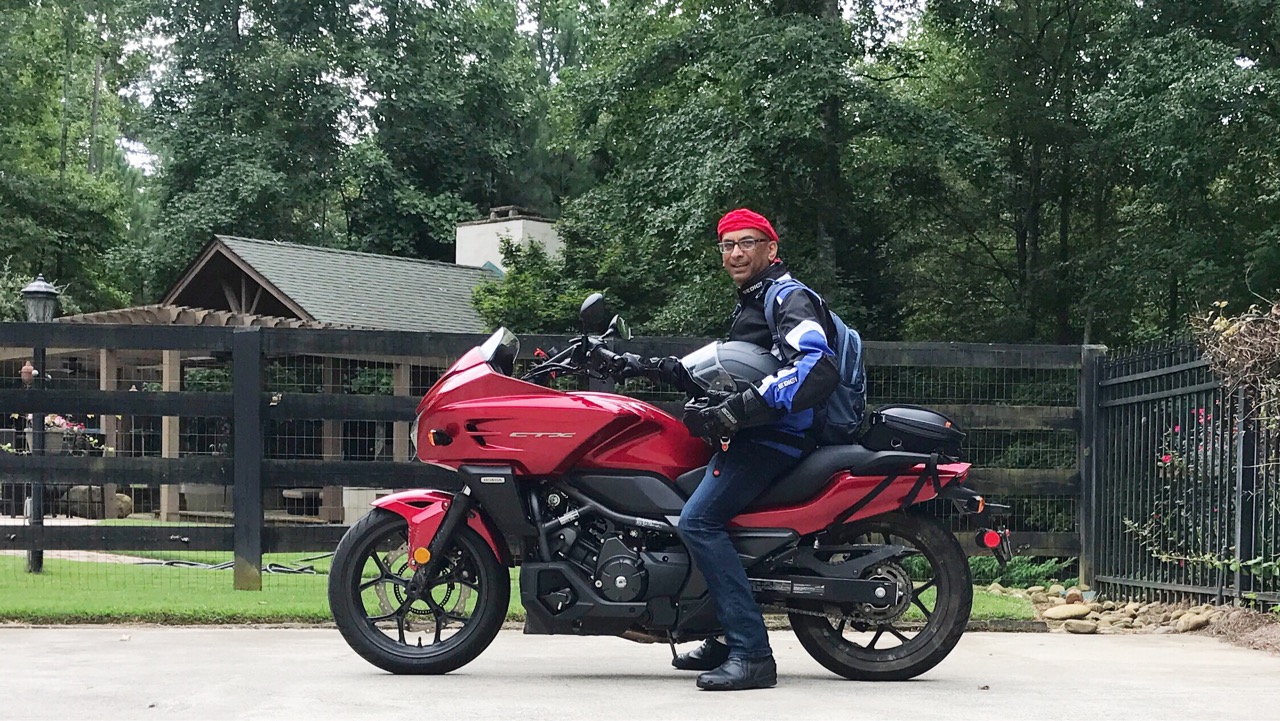 My family in India is so predictable…

I go thru the next part of the movie pretty much every single year the same way.

Mom (incredulously): “It is your dad’s birthday, today?”
And then I could hear her informing dad – “Did you know it is your birthday today?”
Dad, like every year, gave a hollow laugh and pronounced that nobody his age actually celebrates their birthday.

It is then that I pointed out to my mom over the phone that this was a big birthday for him. His 80th, in fact!
That got mom excited even more. “Did you know you turned eighty today?”
I could not hear any response from him. I was pretty sure he was doing the math in his head.
As anticipated, after a few seconds, I could hear him “Of course!”

Then I could hear him say “Dyakh! Merey ketey aasir ghorey dhukey porlam”. Not sure how to translate this but it would roughly mean he managed to drag and scream himself into his eighties.

After a few more minutes, I kept the phone down.

About an hour later, this picture showed up on my WhatsApp. I can only imagine what must have happened. First, my sister would have commandeered my brother in law to get a cake. Armed with that cake for her granddad, my niece must have walked into my dad’s place and shaken him out of his bed. You can see the general reluctance written all over my dad’s face.

It sure looks like he had been waiting with that knife in his hand for a few minutes as my niece tried to take a picture. Only to realize that the “touch mobile” was off 🙂

I even got a video of everybody singing Happy Birthday to him!! The video showed him cutting the cake.

What is the big deal?, you may ask. Actually I myself did not realize it. It was Nikita who pointed something out. “He is using his right arm to cut the cake”, she had observed!

It was his right side that had gotten paralyzed after the brain stroke exactly a year back. He had absolutely no functional capability on the right side of the body. In fact, his hand used to dangle like a dead limb and he would not even realize when he rolled over his hand in awkward positions while sleeping (thereby potentially running the risk of breaking bones).

That has been a story of a remarkable recovery.

——
Epilogue:
This morning I called my mom and asked how were the surprise birthday celebrations.

Forget the celebrations. She could not say enough about the ingenuity of human kind that instead of putting eighty candles on the cake (and wasting a lot of stuff), we had simply figured out how to make a candle in the shape of a “8” and another one in the shape of “0”.

I think I need to get myself to Kalyani soon again! Missing out on too much fun! 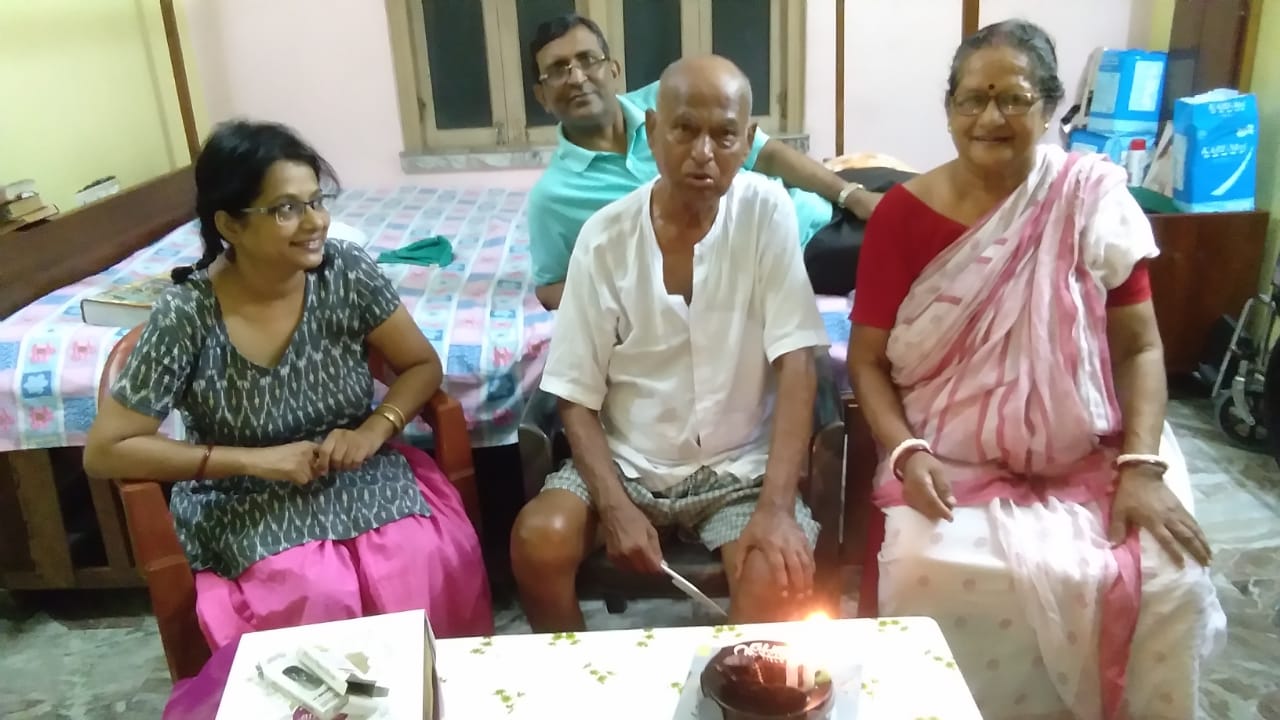 Orange is the new black!!

Pulled out this pen from the collection. I had bought this from a store in Washington DC about ten years back. I remember that I was taken in by the orange and black color of the body. Moreover, I liked the silver rings which gave it a sturdier look I thought.

This was one more of the pens that I had to take to the pen show in Atlanta and get the nib changed to fine tip. (it came with a medium).

I have not used this for almost a year. I am going to bring it out in October to mark the Halloween colors! 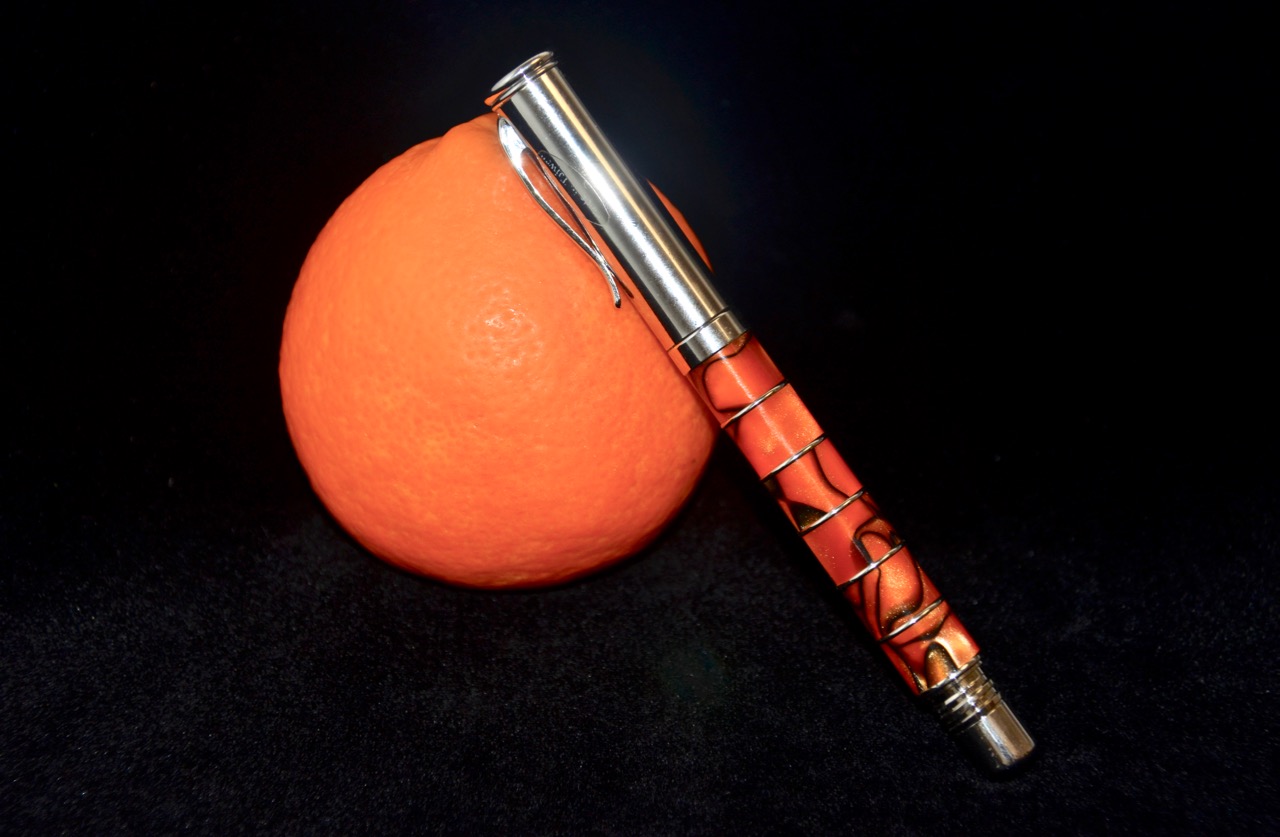 I wanted to have a word with her. She had a few paragraphs with me :-)

Every year, the local Bengali community asks me to write something for their annual publication. Usually, I pick something from my blog and then send it to them. This year, they asked me to put together a few blogs and write out a longer piece.

Which I did. With a lot of effort. After finishing it, I waited a day and then did a read over. Corrected a lot of mistakes that I had and changed a few of the constructs.

Then I had a brainwave. Since we have a budding journalist in our house, I sent it to Natasha and asked her if she could edit it for me.

I think she paid me back for all her workbook corrections I did when she was younger! Not only did she make a lot of edits, she put a 10-bullet point note in the beginning – on common mistakes I make that I should avoid. The last one was 5 sentences long in bold and beautiful font!!! And now I know what a “em dash” is!!

That said, she did give it a very polished look. After looking at what she has done to my initial script, I am tempted – a wee bit – to actually write a book about my life journey – provided Natasha agrees to edit it.

I can visualize the title page already…

Learnt the difference between a professional and an amateur today!

Ah! The proper way to have mezcal ! 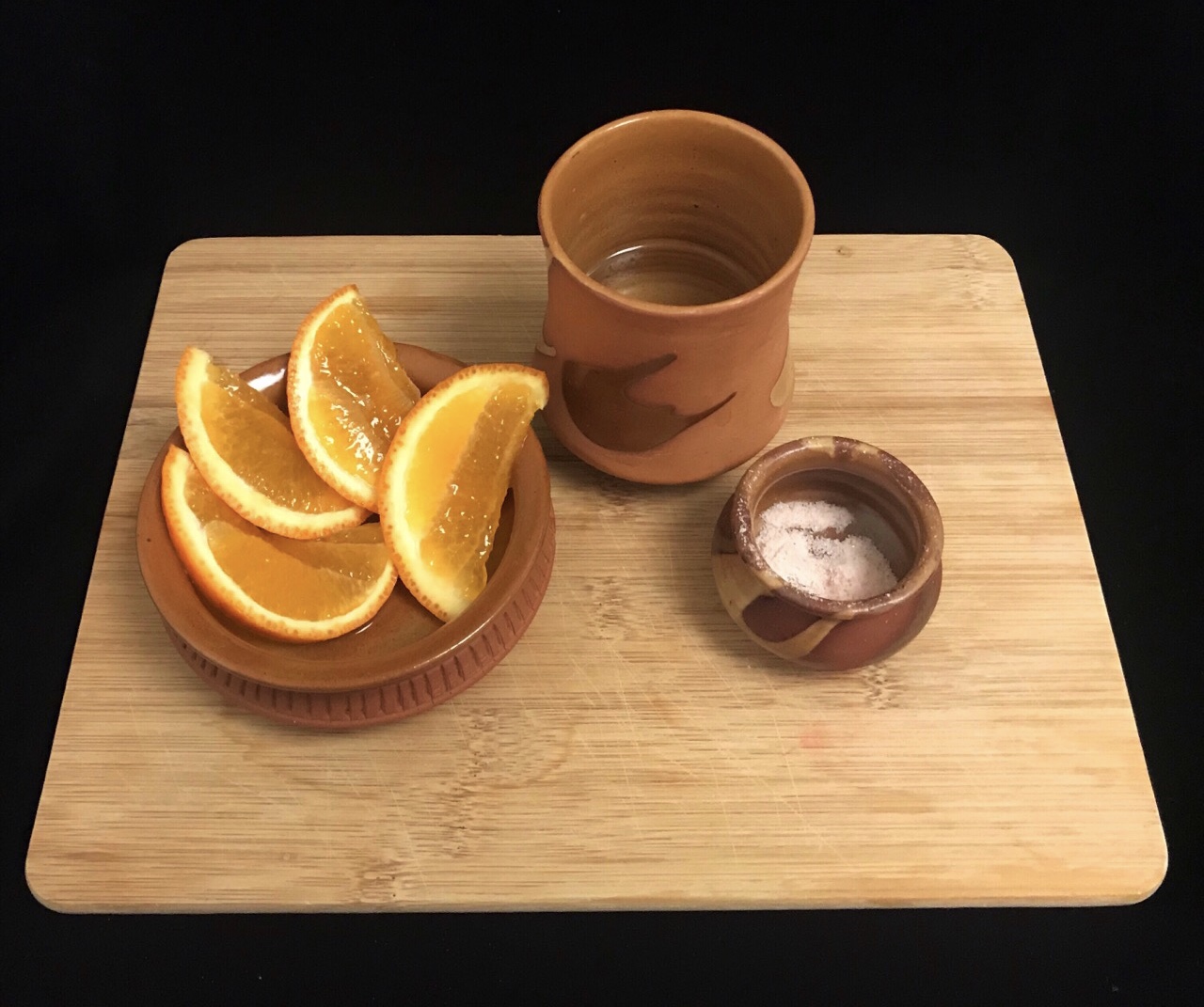 The hummingbirds are back!

Love the way the red nectar water is reflecting off the little bird. This time I set the feeder in the forest. The picture was taken from about 20 yards away… 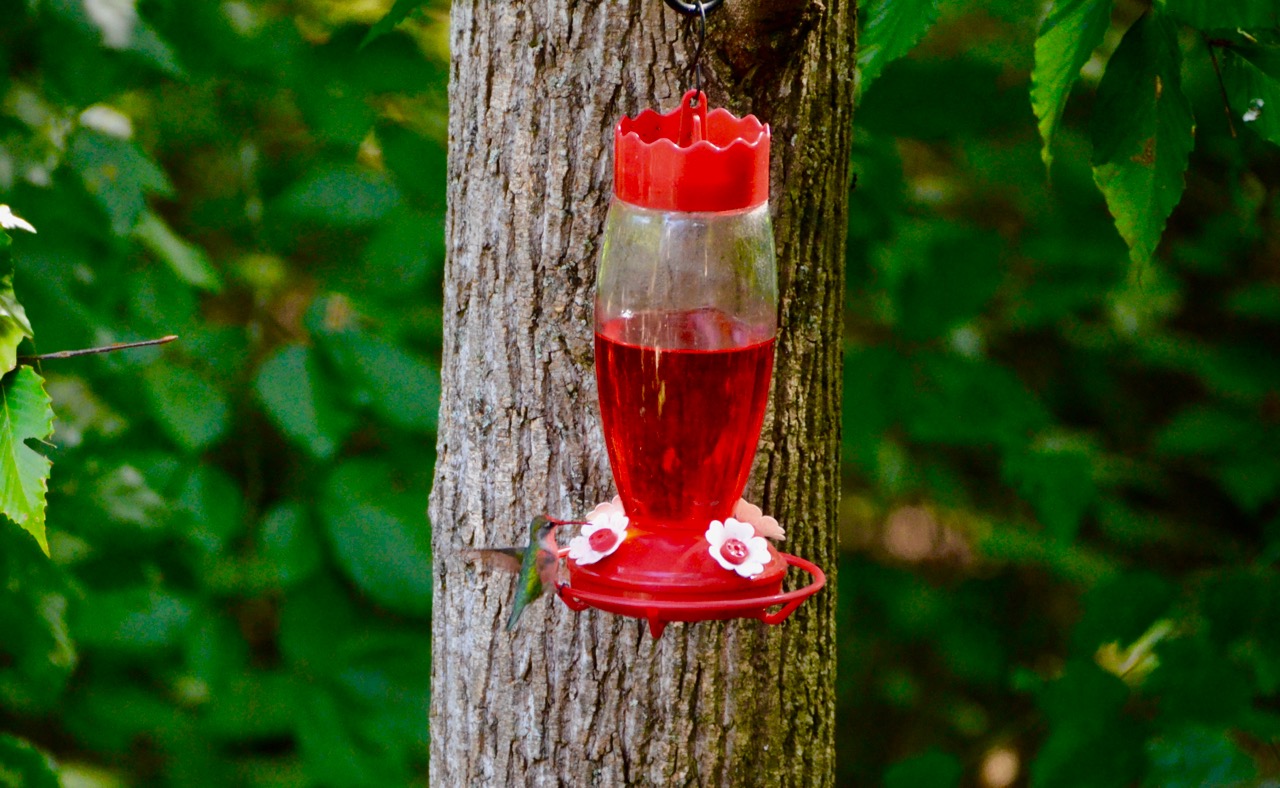 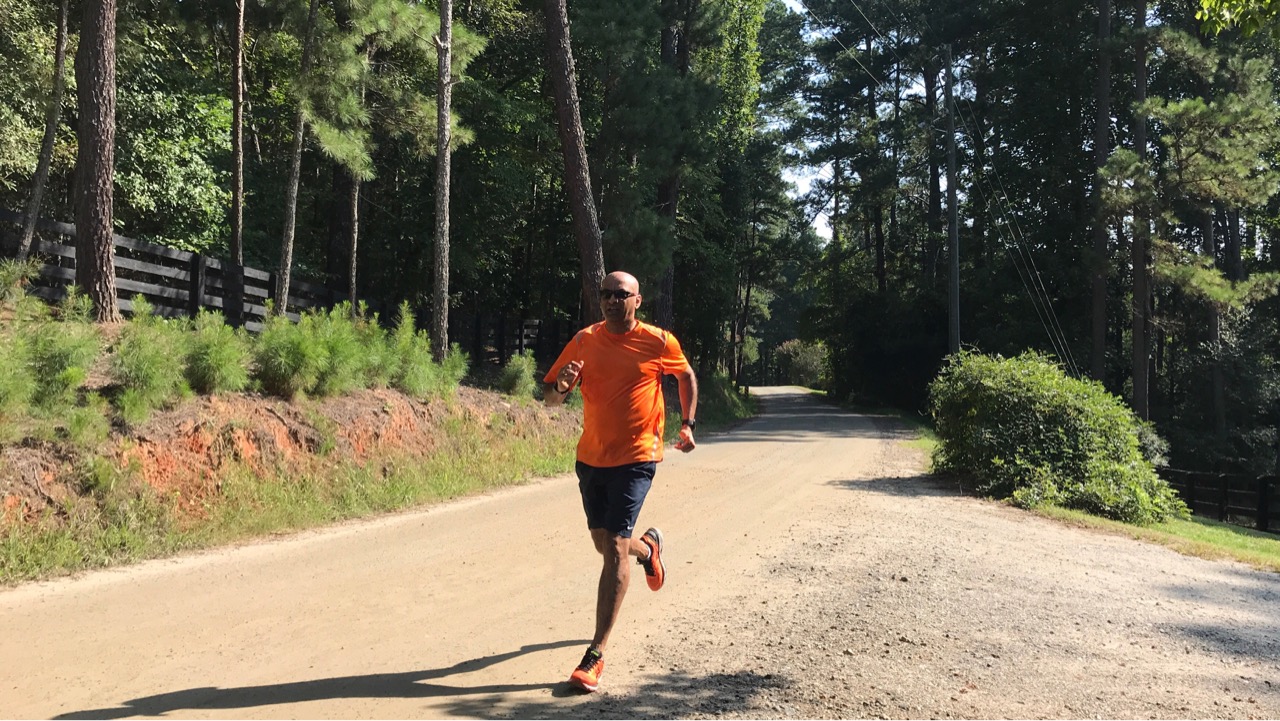 It is homework time all over again.

“Dad, you are a nerd”
“Oh! Yeah? I have been called worse. So, there!”
She shook her head and went on to the kitchen to warm her milk.

What earned me that sobriquet this early morning at the breakfast table was the fact I was trying to put a jigsaw puzzle of African countries together. You can be forgiven if you are equally confused about why on God’s green earth would I wake up early in the morning to do jigsaw puzzles.

Well, it happened the other day. Natasha was on her way from Paris to Accra, Ghana to start her fall semester. The flight was half way done, time wise. Nikita had asked me how far had she reached. I started to answer her “She will be roughly above….”. And I never managed to finish that sentence. I actually had very poor understanding of the geographical location of the different countries in Africa. Most other continents, given two countries, I can name – with reasonable accuracy the likely countries she will be flying over. But when it came to Africa, all I could think about was the the big Sahara desert!

Coming to think of it, while I had a vague idea of where Ghana is (I remember Mrs. Bhowmic teaching us about cocoa production n Ghana), I could not name a single country that borders the country my daughter was headed to!! I remember in school we had learnt a lot about the countries in other continents. But do not seem to remember studying a lot about Africa. Of course, it does not help that Africa has way too many countries!!

Curious how many countries I could name in Africa, I started jotting them down. And challenged Nikita to the same. After a lot of effort, I could remember about 35 of them. I thought I would have completely trounced Nikita. She beat me by about 10 countries! And then when we Googled, we learnt that even she had missed 10 countries!!!

If that was bad, try this. She asked me if I could tell locate the various countries are. I got about half a dozen right. And about half a dozen more if you allow “rough vicinity” to be the pass mark. The rest, I had no idea where they were (other than vague North, South, East, West etc.).

That is what triggered that realization that I need to do something about my ridiculous ignorance of the second largest continent of the world. What I did was, unlike most sane people, ordered a jigsaw puzzle of Africa (countries as individual jigsaw pieces) from Amazon. This morning, armed with a cup of coffee and pen and paper, I sat down to study the map.

“You just watch. In 3 months I will master Africa. I will learn about each country, their capital and some cool facts about each country”, I told my incredulous younger daughter.
“Yeah. You might want to do that faster”
“Why?”, I asked.
“They keep having rebellions and split into different countries”, she said as she took her cup of milk out of the microwave.

You know, maybe that is why I never learnt anything about Africa in childhood. They kept changing the count on me 🙂 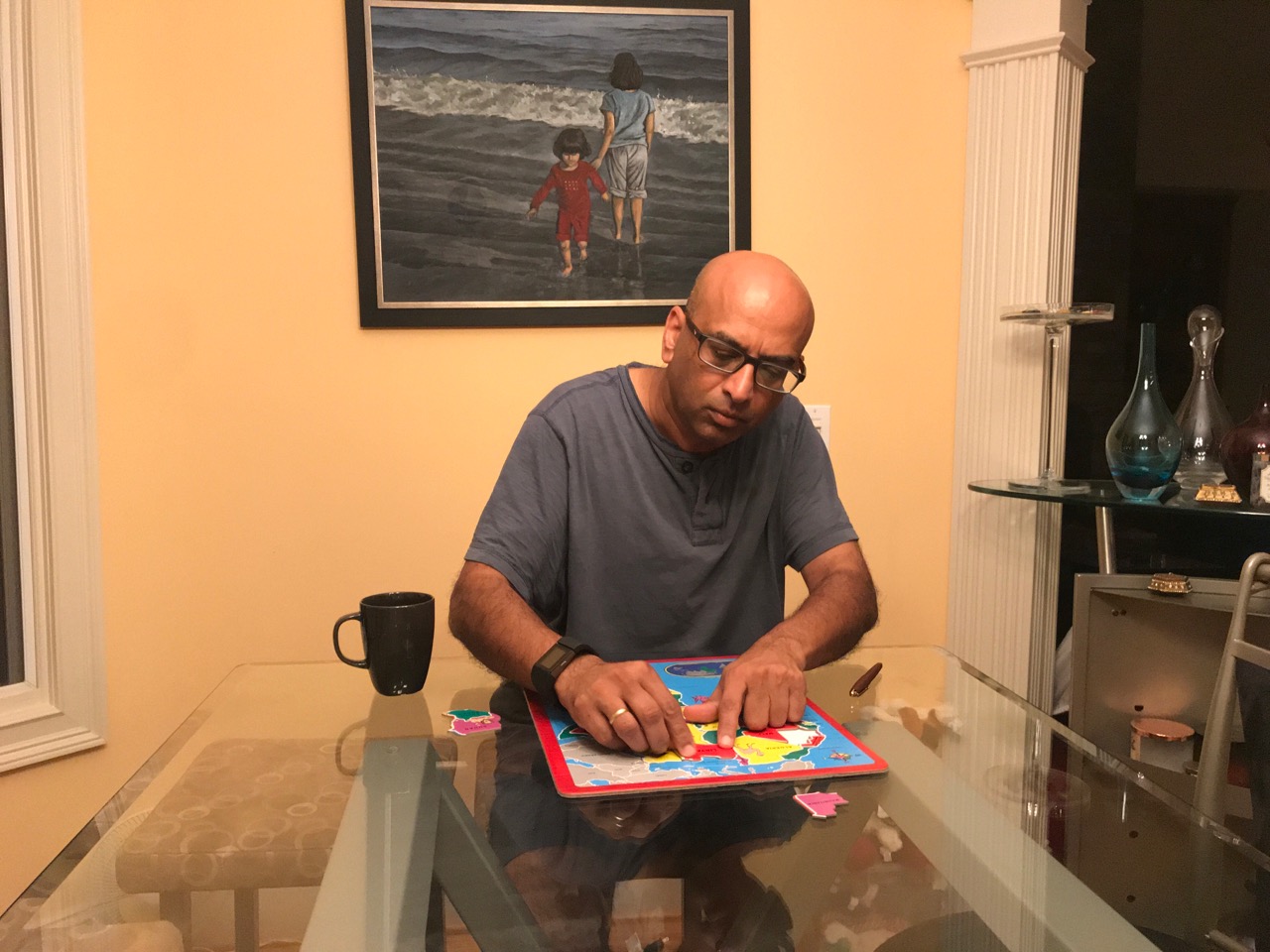 Bill Hubbard, what can I say – 3 different airlines, 6 flights, 4 different cities this week. You know who to blame for one more puzzle 🙂

Now to the puzzle.

In a Polynesian island, girls are highly preferred as a child. This has led to a strange practice over the years among couples who are trying to have a baby. If they have a baby boy, they keep trying to have another baby in the hope that it will be a girl. If it is a baby girl though, they stop having any more babies. Of course, given any birth, the probability of having a baby boy or baby girl is half and half. So, they keep having more babies as long as they are all boys and stop moment they have a girl

Here is the question: Over a longer period of time, what is the likely ratio of boys and girls in the island?