Sometimes, he surprises me by listening to me!!!

Sometimes he might even listen to me!!
This time during my India trip, when the whole family had gone to Ibiza resort, my dad and I had a rather interesting debate about something. The topic was of money. He is always worried about spending money himself because he wants to leave that money for his grandchildren. I tried my level best to make a case that it is a totally futile exercise.

From his point of view, given his upbringing, he will forego a lot of things if it meant that would buy financial stability for his kids and grandkids. My argument was that there is no objective definition of “stability”. By many people’s definition, he has comfortably pushed his three kids and their families past that line. Now they need to maintain and improve from there.

After a long pause, he asked me if I will make sure my brother and sister and their families are looked after, after he and mom pass away. I did not answer such a silly question directly – but told him that there is no way I can give them something that only he has the ability to give.

And that is when I tried to impress upon him that my brother, sister, myself – we can all work hard and make sure we are all taken care of. We can earn more money, worldly stuff etc etc. for our kids. But as much as we jump and down, we can never give them a grandfather’s time that only he can give.

I had encouraged him to think about spending a little money and hire a car to go visit my brother’s family in Kolkata. It is an hour and half trip – two hours at most. Over a weekend the time the two grandkids would get are what memories will be made of for them long after he is gone.

Not sure how we ended up the whole discussion. In fact, I had forgotten about it completely. Then the other day – about a month after that discussion – I got a call from my brother that mom has a new physical issue and she needed to visit a doctor in Kolkata. He was going to get her checked and drop her back. Well, that was the plan. Till dad said – he would go too and spend a couple of days with my brother’s family. “Bachchu boley gechhilo”. (I guess he remembered our discussions).

For the next couple of days, I kept getting incessant IMO calls (that is a free app used for video calls – popular outside US I think) from my nephews with all sorts of stories. Once they had called up just to let me know that “Dadu Google ke Googly bolechhe” (I guess my dad pronounced Google as ‘Googly’).

I asked them to send some snapshots of them with my dad. And this is what I got.

Looks like the last India trip is a gift that is still giving. 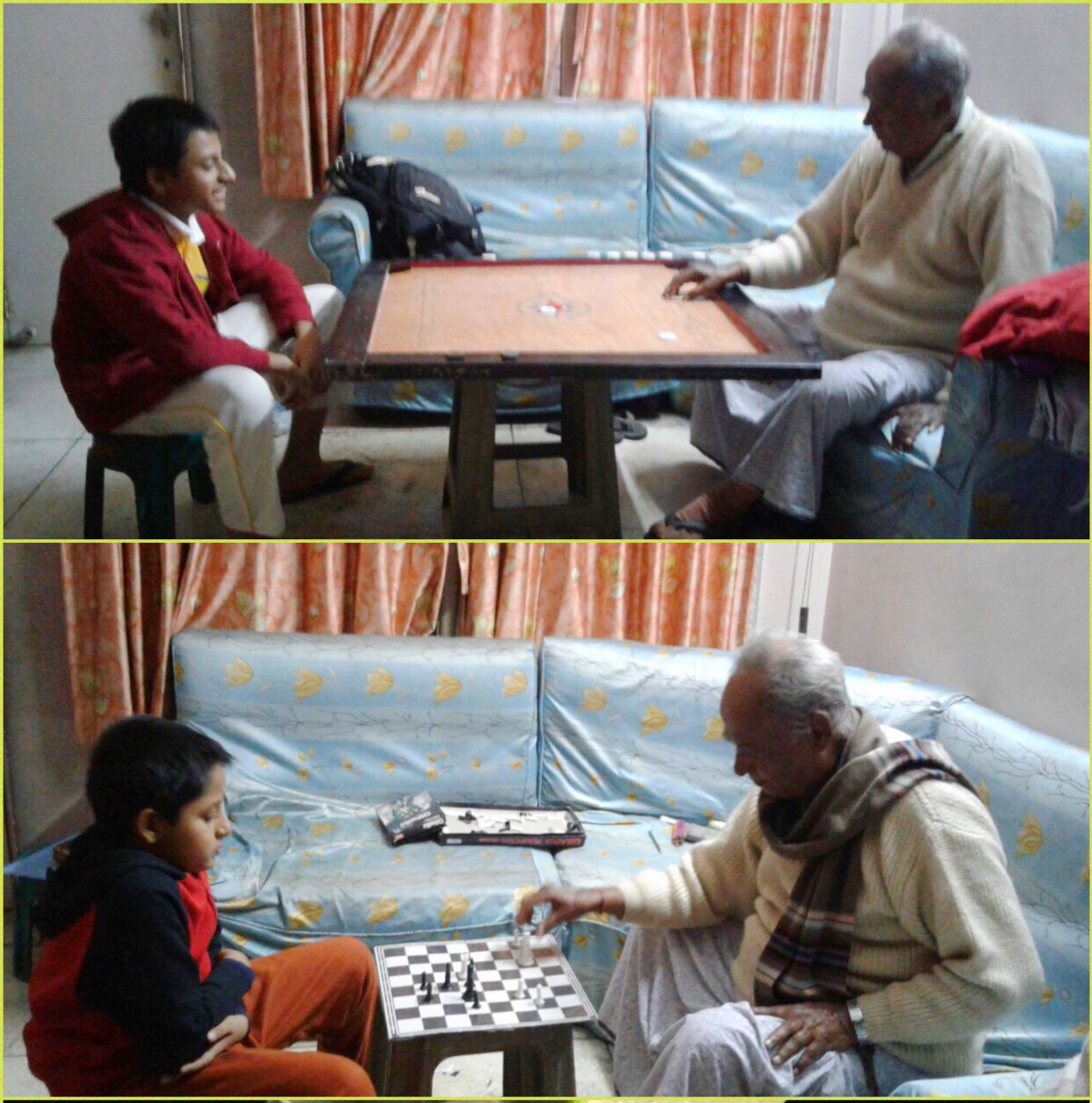 From the bartender’s corner – Malfy Gin and Ginger

This would be the end of my experimentation with the Malfy Gin from Italy. I was wondering how ginger would go with the lemon in the gin. While researching if anybody had tried this before, I came across an interesting blog by a husband (Andrew Purcell) and wife team (Carrie Purcell) from New York City – “Pictures and Pancakes”. (http://picturesandpancakes.blogspot.com/). He is the photographer and she is the food stylist. This gin and ginger cocktail here is adapted from their creation.

2 oz of Malfy, 1 oz of ginger liqueur and topped up with ginger ale.

Both Sharmila and I really liked how it came thru. 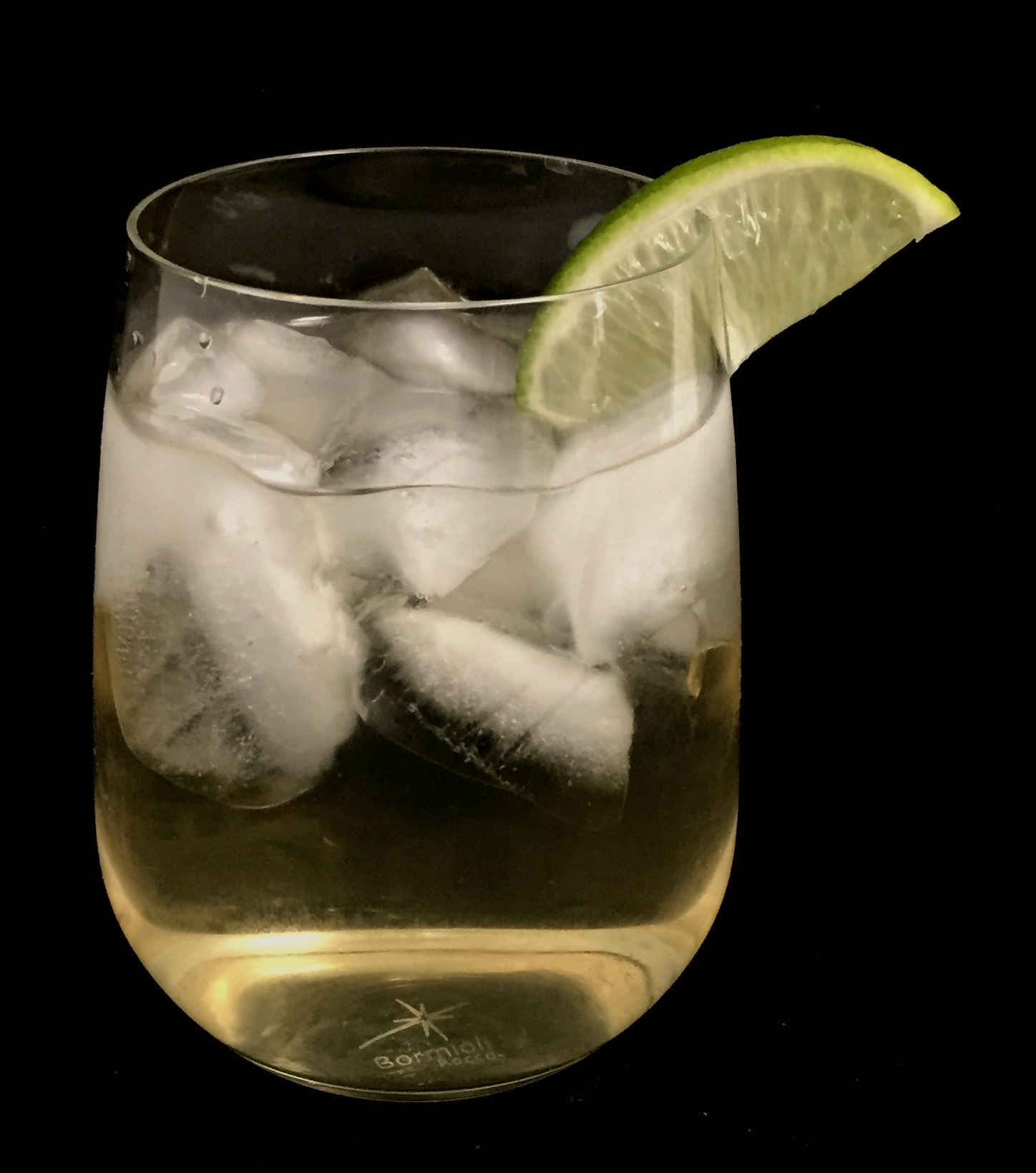 From the bartenders corner – Malfy Martini

Continuing with the theme of trying out Malfy Gin, last Friday evening, I went for a Malfy Martini. To make it “perfect” and “dirty”, I went with equal amounts of the Gin and Dry Vermouth and a splash of olive brine with an olive garnish. 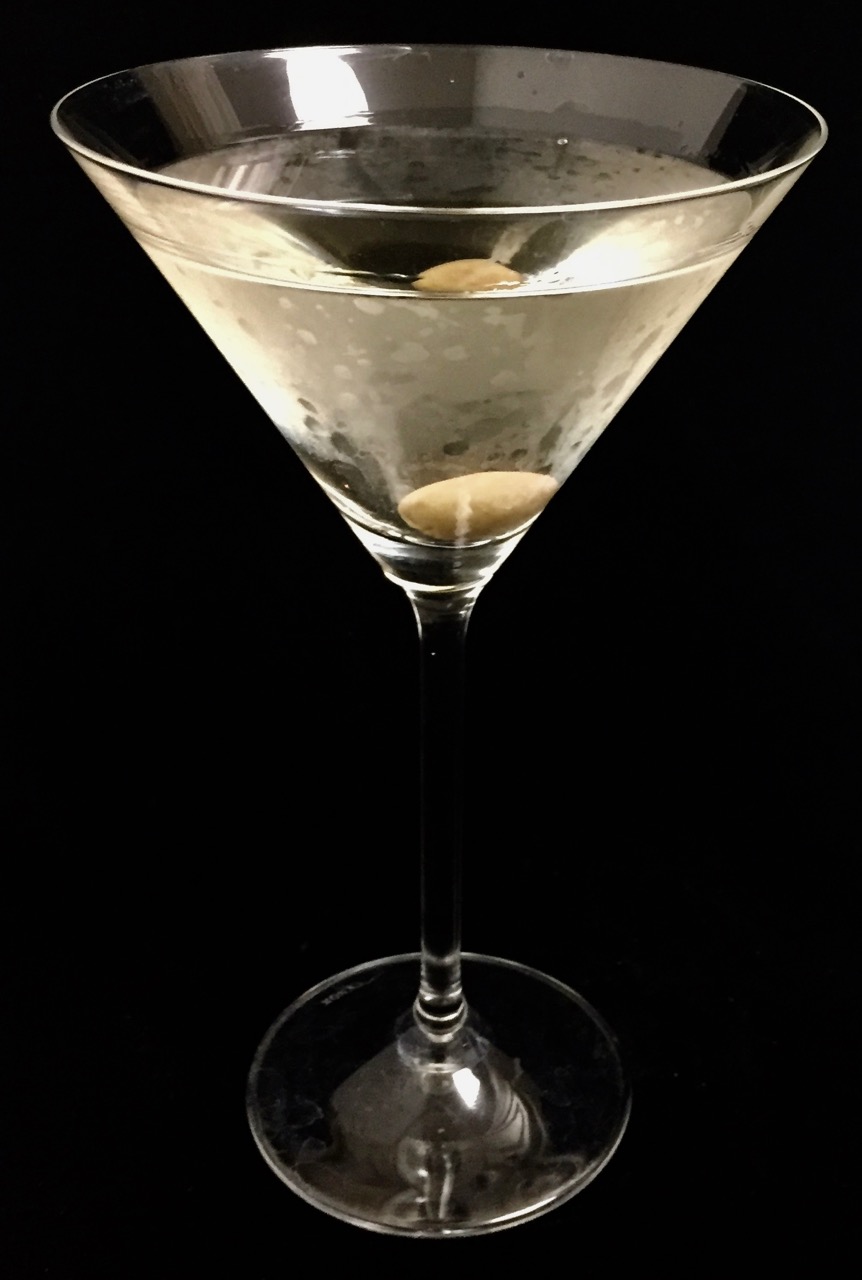 As I went to give her a reminder to get up to get ready for her run, I noticed that right next to her, on her bedside table was a glass of water, a champagne flute with a cocktail in it and a cup of steaming hot coffee.

It will be really interesting to see what she goes for once she wakes up. 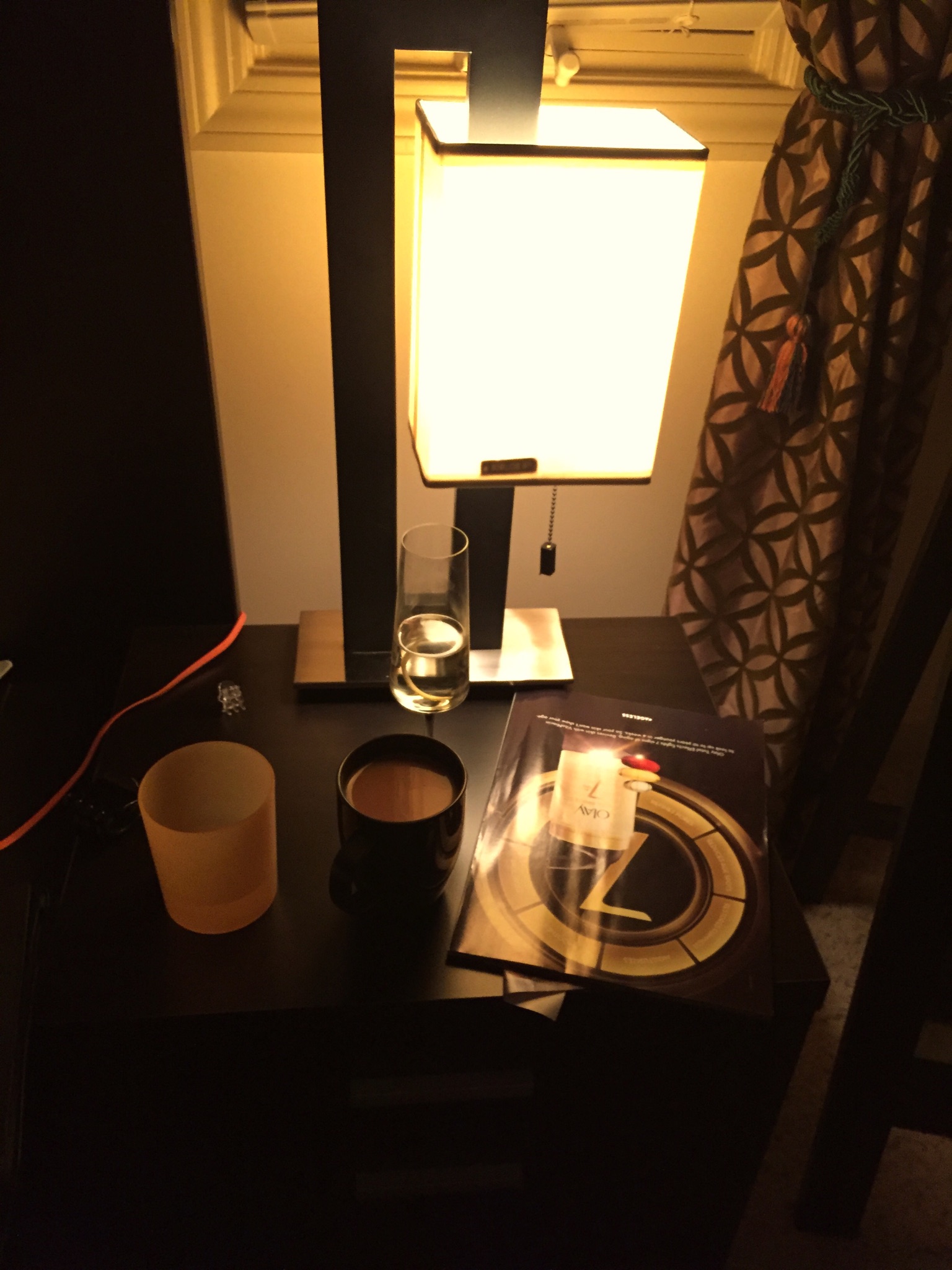 From the bartender’s corner – French 75 with Malfy Gin

This drink usually has London Dry gin, sugar, lemon juice and champagne. However since Malfy Gin is overwhelming with lemon nose and flavor, I skipped the lemon juice. The make it an all Italian affair, I even went with a champagne from Italy (Martini and Rossi). Here is the irony though – the name of the drink is French 75!!! To do some justice to the “French” part of the name, I served it in a Dom Perignon flute.

The nose id predominantly lemon (the lemon peel garnish accentuates that). The juniper and botanicals come thru very late and the flavor of lemon is quite subdued by the champagne and the syrup. Very enjoyable drink. 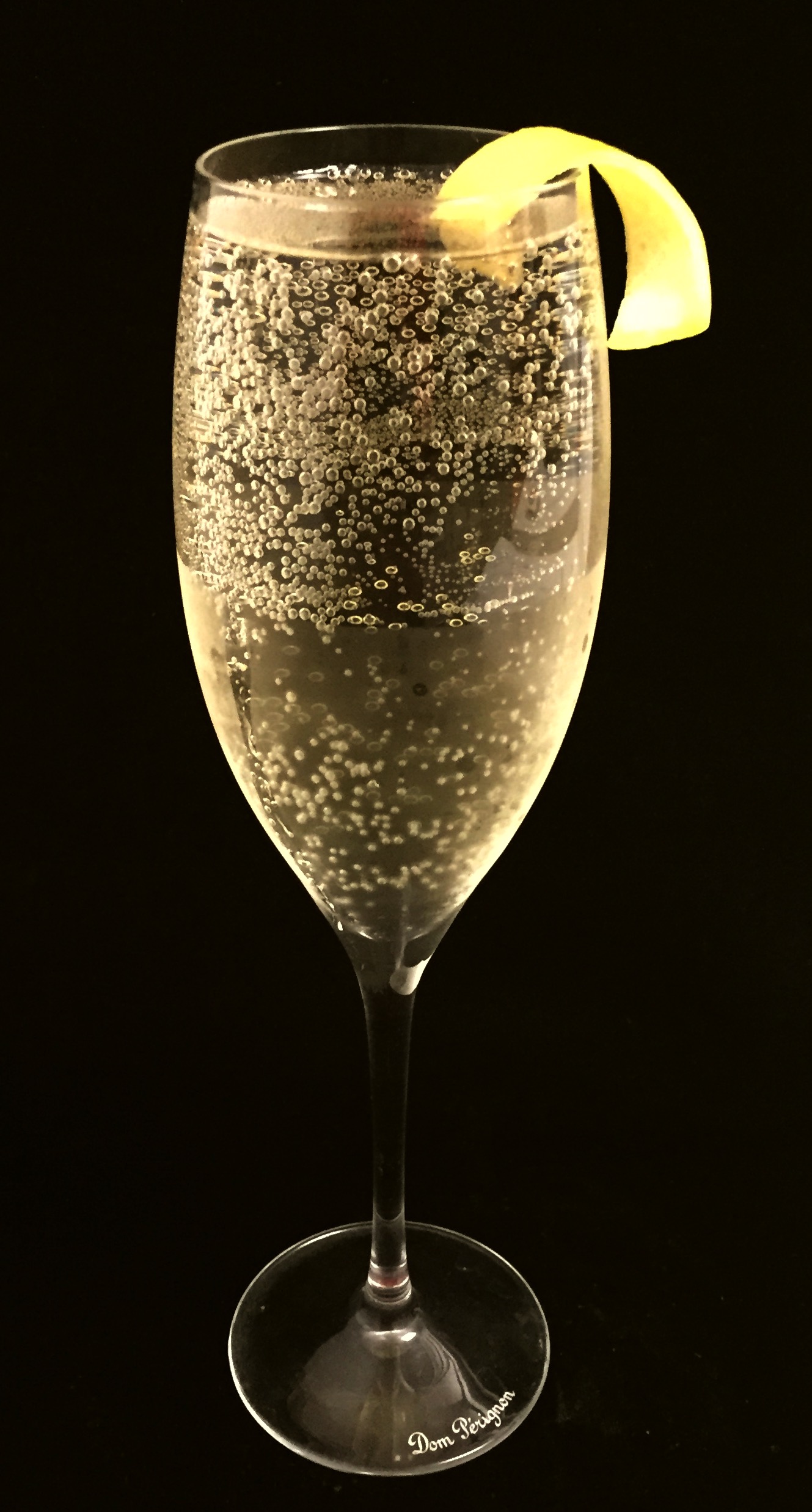 Category: Cocktails | 9 Comments on From the bartender’s corner – French 75 with Malfy Gin

That 12 mile run completes the quest for 100 mile month. 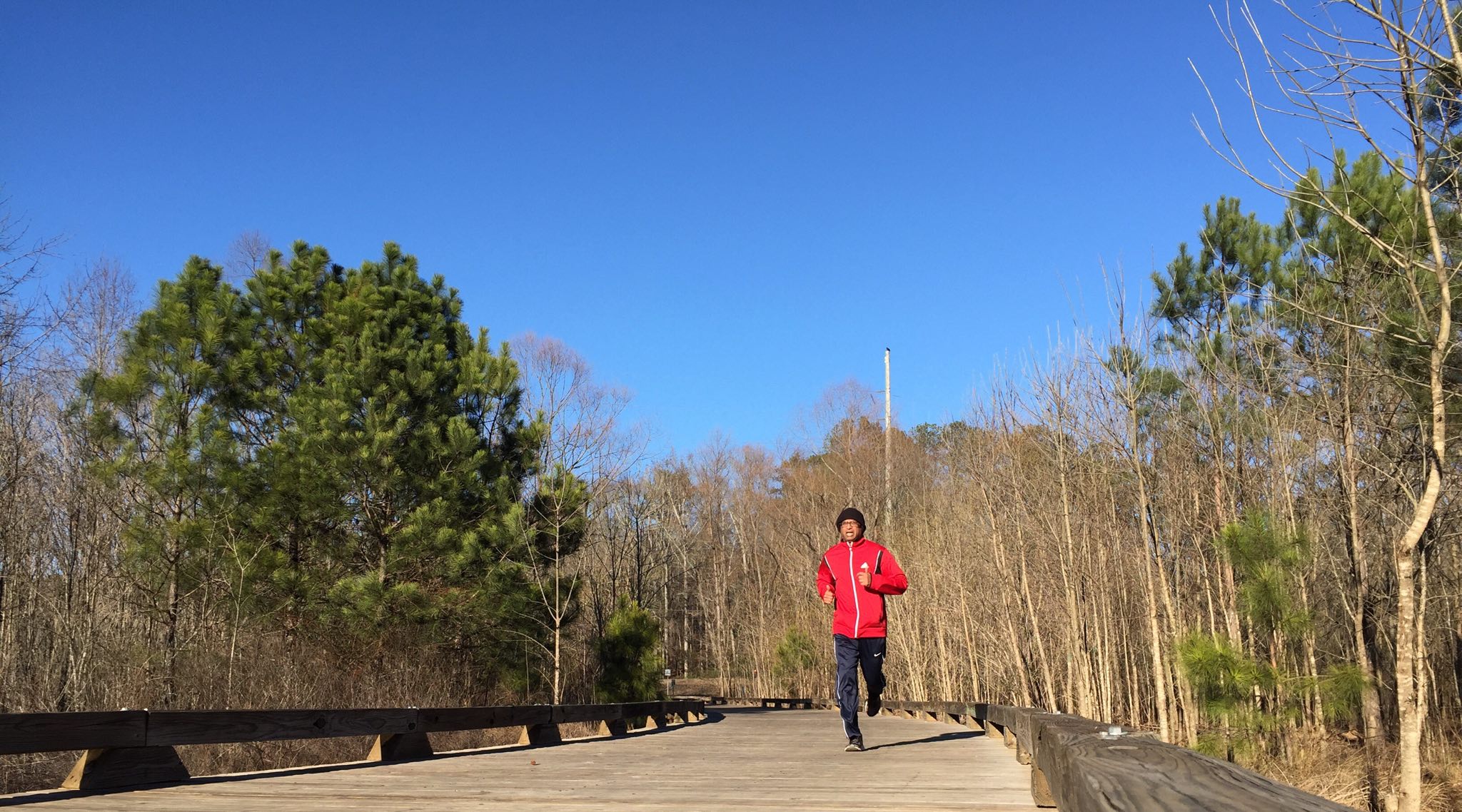 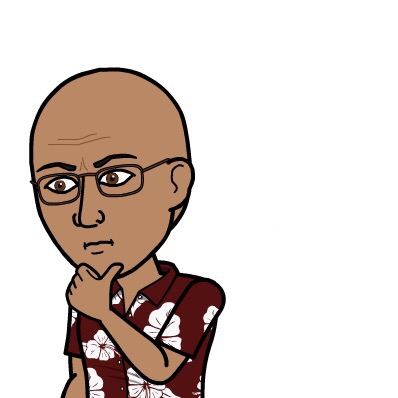 Category: Cocktails, Puzzles | 19 Comments on This will surely surprise you!

Answers to the previous quiz

Running in the dark

Running a little behind my target to hit 100 miles this month. Went out for a 10K run in the dark. The high winds felt good on the face but was a little worried if a twig or a branch or a whole tree fell on me. But I was not worried about getting run over. For the first time, I was able to use Neel Chatterji’s gift of the reflective vests. No doubt, Ram Narayan would notice that the shirt and shoes still match in color 🙂

Never run much in the dark. Enjoyed it. Probably need one of those miner’s lamps on the head. Stepped into a couple of puddles without meaning to. 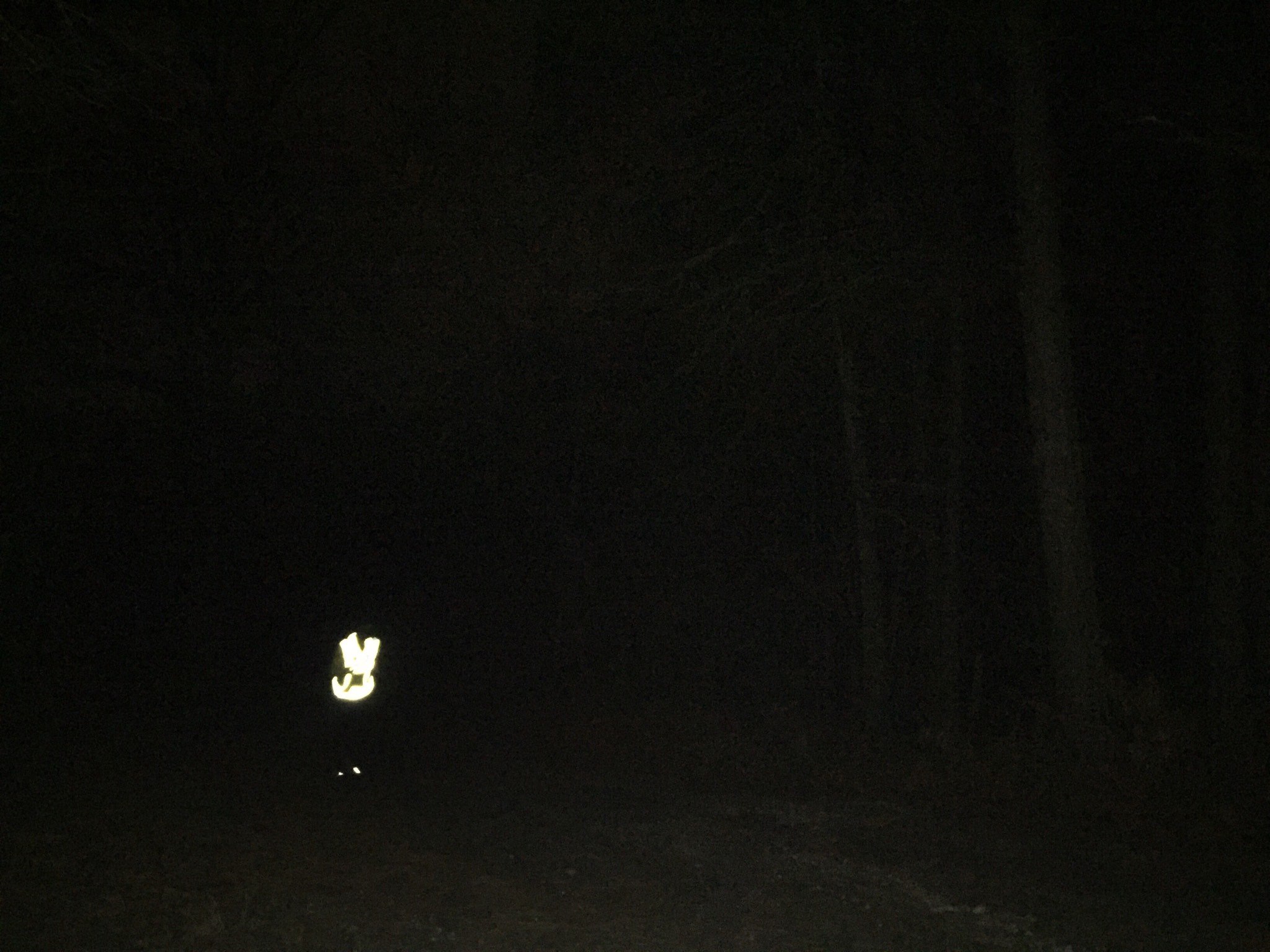 Category: Running | 10 Comments on Running in the dark

From the bartender’s corner – Malfy Anise

Was thinking of what might be a good cocktail to make with the Malfy gin. Went with a variation of gin anise drink. 2 and a half ounce of Malfy with half an ounce of sweet vermouth and half an ounce of anisette liqueur. Shaken with crushed ice and then poured in a cocktail glass.

The aniseed smell dueled mightily with the lemon. For the initial few sips, the aniseed prevailed and after rolling it in the mouth a couple of times, the others – including the lemon and orange peels started to make their presence felt.

The finish was long and predictably with both the aniseed and lemon making a pronounced effect.

Next time, I might try with a tad less aniseed and see how the lemon performs if it is a given a little more chance. 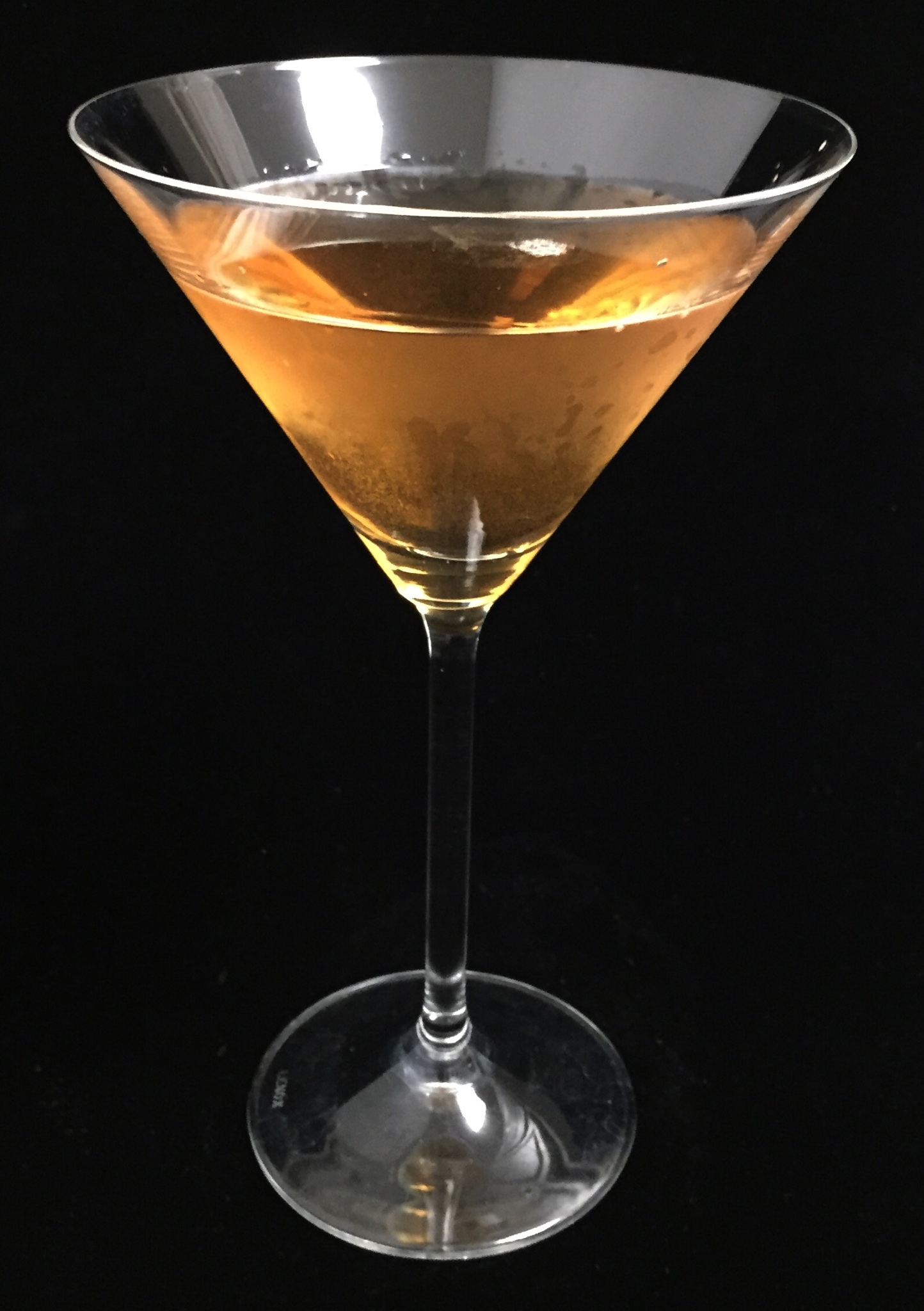