Should I accept the Linkedin invite? He has a gorilla! He has mountains (not one mountain – but mountains)!! He has a river!!!

Category: Humor | 7 Comments on Ooooooh!! I am so tempted!!!

Another hilarious one from a friend

This time from my friend – John Hogge…

“What is the ticker symbol for Acme brick”?

Category: Humor | 1 Comment on Another hilarious one from a friend

Very funny one from my friend Danny (Nene)

In a few more hours, we will know whether it is a boy or a girl!

Category: Humor | 9 Comments on Very funny one from my friend Danny (Nene)

If my memory serves me right, I might be suffering from Alzheimer’s

A side effect of day light savings ending is that I wake up an hour before normal for a few days. Which is great, since I get an early start to the day’s activities. As I was leaving home this morning, Sharmila asked if I could drop my stuff at the laundry’s. I just remapped my morning in a jiffy – you know important things like what is the nearest Starbucks to the laundry, where is the nearest park to run in, where is the nearest LA Fitness – all those first world problems that consume me early in the morning and grabbed the laundry bag.

A short uneventful ride later, I was there at the laundry drive in. Not a single soul was there, Outside. Or for that matter inside. I could see that the door was open and I could hear somebody working inside but that dratted pipe that I drove over that should have triggered a bell, did not. Being an engineer, I was engrossed immediately by what could be the problem – loose connection? shorted contact? forgot to switch the bell on? A simpler – and arguably smarter – person would have just walked thru the front door. Not me. I kept going around in circles to trigger the bell. Finally, tired of that, I just keep driving forward and backward trampling the pipe with abandon. Even the bell got tired of me and at one point condescended to ring! “Loose connection”, I concluded. “You or me?”, the bell must have chuckled, if it could chuckle, that is.

Next problem! The lady who I normally deal with was not there. She would usually just take the clothes and shoo me away. She knows my name and did not need me to repeat any details. But today, it was her husband. And he asked a seemingly innocuous question – “What is your phone number”?

I say innocuous. Far from it. I had to give him my home phone number! No less! In these days of mobile phones, how would I know what my land line number is? I cannot even remember the mobile numbers – given the ever ubiquitous “Contact” lists in every digital device within a spitting distance of me that keep synching with each other. And I could not even remember if I have ever called my own land line phone number in the past.

After some awkward moments of staring each other, I proferred the easy part … “678…..”. And then I started mumbling. Fortunately, my Indian accent met the Korean ears and he immediately said “Wait wait… slow down….”. Good for me, I said. Some more time to remember as I slowly said “6…. 7…. 8….”.

That just resulted in some more staring at each other – which, regrettably, did not help matters much. Finally, I gave up and started fiddling with my phone. As I looked for my own contact details, iPhone reported that no such person existed. Confused, I searched for Sharmila. Apparently, she did not exist either. BTW, I found out later that some iPhones are having this bug with the latest iOS update. At that point of time though matters could not get any worse.

The biggest worry going thru in my mind at that time was “Am I finally losing my mind?”.

Eventually, I did manually search the phone and got our home phone number from Sharmila’s contact details. And that is when all my doubts about whether I am losing my mind was set to rest.

Apparently, I did not even get the area code right! Our number starts 7-7-0…

Category: Humor, Musings | 2 Comments on If my memory serves me right, I might be suffering from Alzheimer’s

I have been waiting for this day…

Such a momentous day. Such an event represents an enormous effort… all the preparations, all the twists and turns, all the hurt people, the race to the finish…

Today I celebrate one year anniversary of my first and only marathon I ran (in Greece from Marathon to Athens) – and survived, I might point out with a smirk 🙂

What did you think I was talking about?

Category: Humor | 9 Comments on I have been waiting for this day…

Can we think for once before blaming it on the media?

The fervor of political posts from my FB friend is reaching a crescendo. I guess the election date must be around the corner? 🙂 Sometimes the irony in some of the arguments is very educational to me.

First, this is not a political post in the sense I am not going to suggest any one party/ candidate/ supporters is/are better than the other(s). I will want you to reflect on some of the fallacies of our arguments. This is where thoughtful reflections might help.

The one that has caught my notice lately is the bashing up of media in general.. Fox, MSNBC, NBC and such channels in particular. The core of the argument is the same – their reporting is biased. And therefore wrong and misleading. Regardless of whether you lean left and find Fox to be atrociously biased or you lean right and find MSNBC to be blindingly one-sided, the theme is the same – media is to be blamed for feeding us completely skewed views of events, words or policies.

Now let’s think for a second.

Suppose you are made the CEO of a media house – or you start your own media channel – assume somebody is funding it. What are you trying to achieve? Like it or not, you will realize that your job is no different than every other CEO – you are going to have to run it as a business and make money. That is what our capitalism is all about. I am going to not even get into what happens with media when it is run not with a capitalistic ambition but by (usually) the government. You certainly are aware of many countries where this happens.

But to get back to you being the CEO… you have suddenly realized that your media business needs to stay afloat and survive and grow as a business. So you ask yourself, how does the business make money? Sure, there are the subscriptions (although for the above channels – you can mostly get them free) and syndicated content but it will soon dawn upon you that the money comes from advertisers.

Your next question is how do you attract more advertisers? And then you realize that is all about eyeballs – getting people (like me and my friends) to come and watch your channel. But you also know every single media channel is trying to solve the same problem. That is the second construct of capitalism (the first being making profits) – competition.

Your challenge is very simple. Like every other CEO in every other business. You need to win in a segment of market. You cannot possible win everybody. But you need to deliver a loyal set of audience predictably to the advertisers.

And this is where you show your brilliance – this is why you became the CEO and not other aspirants to the job. You realize that people like hearing what they believe in already. If they believe that moon landing was a hoax, they will absolutely go to conferences that talks about moon landing being an elaborate fraud, they will watch a three hour program on TV late at night where “experts” “prove” that it was indeed a made up story, they will read up materials as long as its supports their belief. All that other data that proves that moon landing was for real – they will do a short shrift of that quickly – wrong data, partial data, conspiracy theories etc. etc.

It is that simple. You want to feed what a particular segment already is prone to believe in anyways and that way you get them to stay with you. You create a “safe” segment – pretty much like gerrymandering and then you keep feeding them the data they want to believe. And you laugh all the way to the bank for your brilliance.

So see, it is not the media that is the root cause of the challenge. It is that we, as human beings, are born with cognitive biases. In general, that is a good thing (else we would not have survived as a race). But we have those biases that get formed somewhat mysteriously and somewhat by our early experiences in life. And they change very very slowly – as we age, the change of beliefs become slower and slower.

As long as we have that cognitive bias (and we always will), we will always be attracted to one kind of news / interpretation and there will always be some channel willing to feed that to us. Some much more strongly than others. Again, just in gerrymandering, if you are in a “safe” red/blue district, you have to try to be redder/bluer than the nest red/blue competitor to stay ahead of the game.

To suddenly sit back and claim that we are all capable of making unbiased decisions – it is just that the media is giving us very biased info is absolutely ironic. And not born from a deep understanding on how we choose sides.

And the cortical part’s way of articulating “reasoning” what the limbic part believes in is to suggest that the side that believes like us are “reasonable” and the other side is “biased”. That makes both side of the brains stay in unison and we do not have to deal with an internal conflict that would gnaw into us.

Next time you find somebody on media saying something you absolutely do not believe in, step back first. Tell yourself that nothing has made you so unique and brilliant among 7 billion humans alive today. You are biased – like everybody else. Once you acknowledge that, maybe it will make hearing the other side of the story a lot more bearable.

Category: Musings | 14 Comments on Can we think for once before blaming it on the media?

From the bartender’s corner – Emerald

Not very sure the origin of the name of this cocktail – it certainly is not green in color. The one connection I can think of is that the base alcohol is Irish Whiskey and you know St. Pete’s day and all that. Irish Whiskey does not mix very well with just about anything. I had come across the recipe in Serious Eats. I think they did figure out something that can sit with Irish Whiskey – some Sweet Vermouth and a couple of dashes of Orange Bitters. 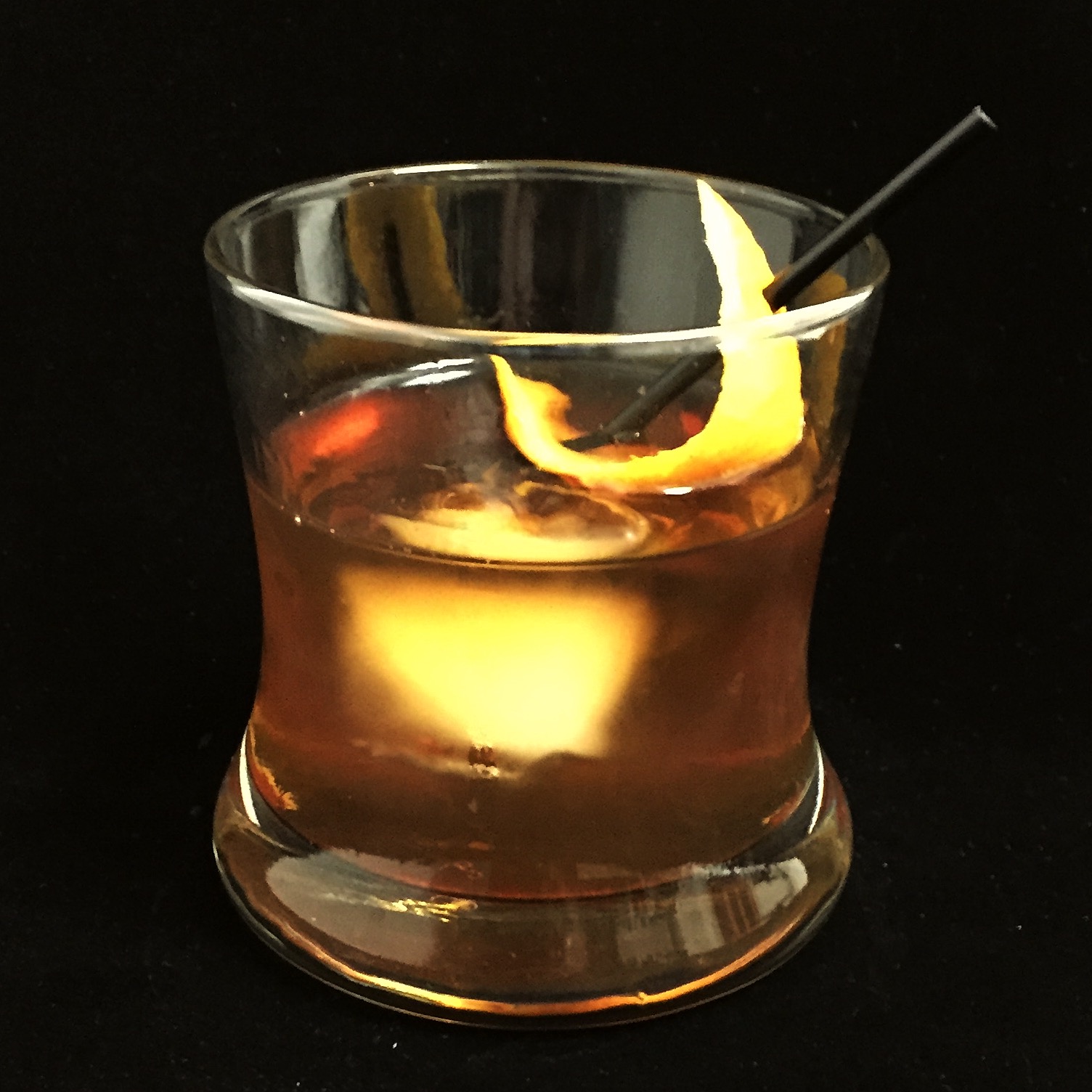 Category: Cocktails | 2 Comments on From the bartender’s corner – Emerald 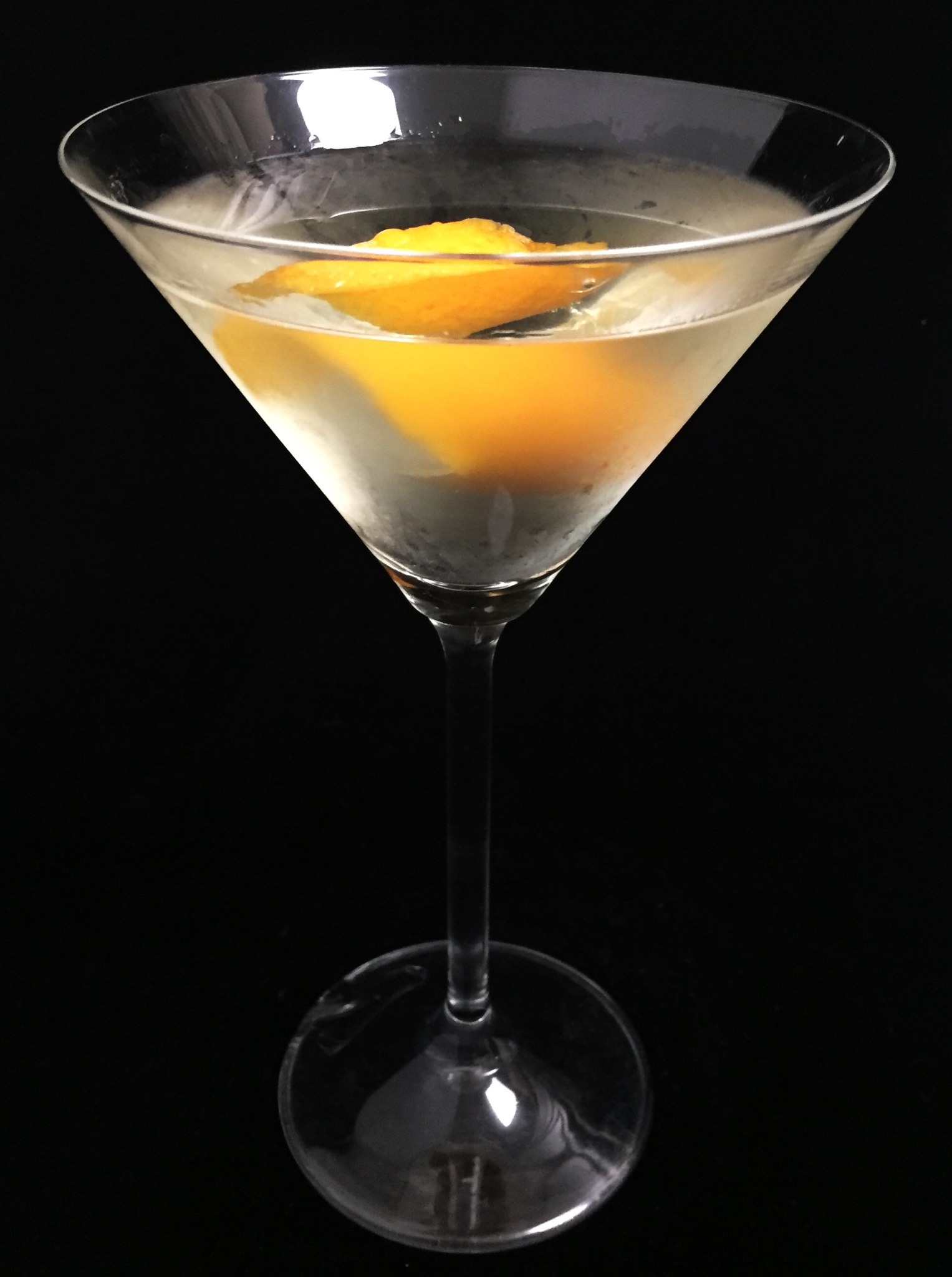 5 miles on a sunny and cool day… 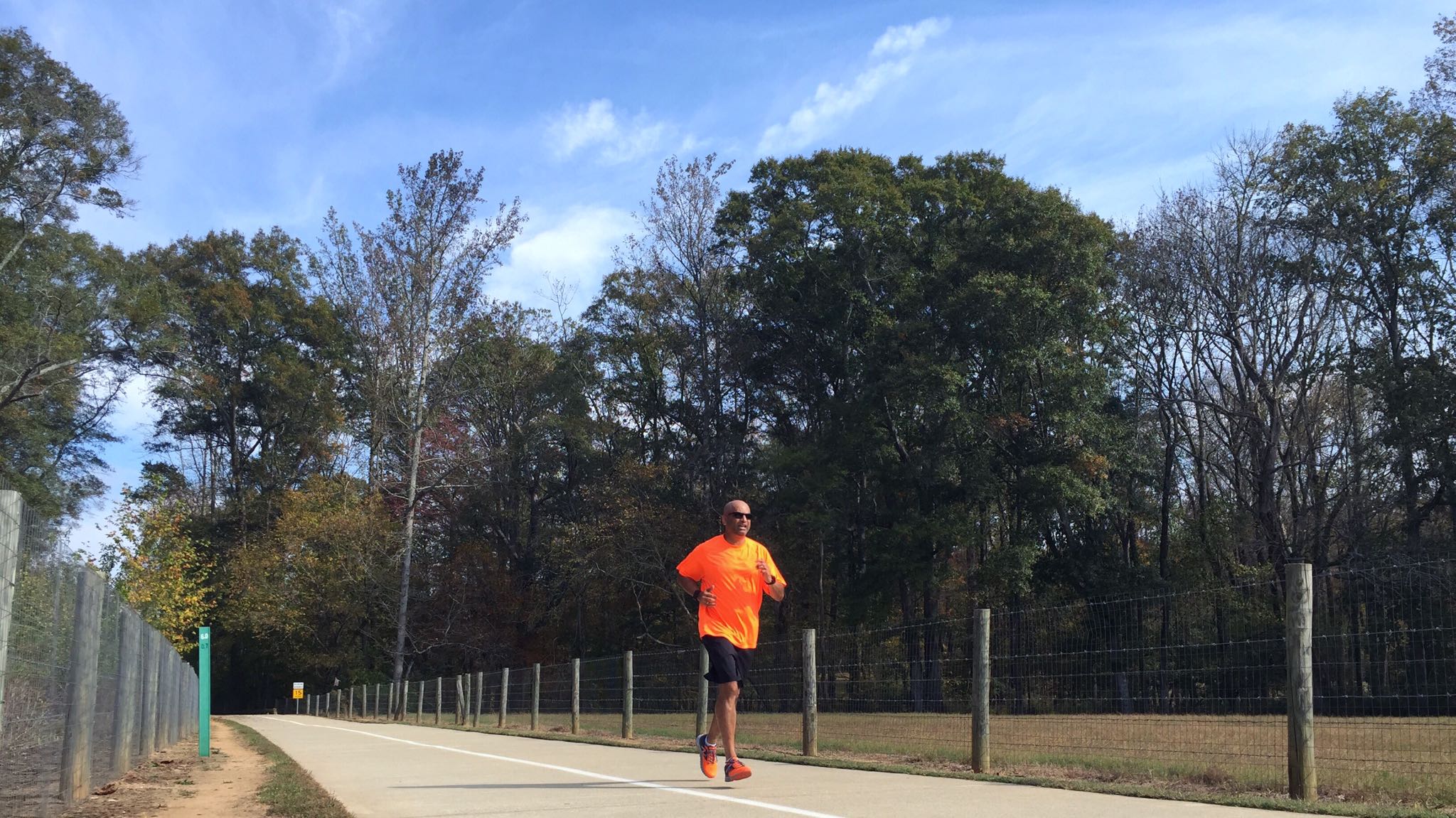 I do not know who the original poet but this is of the category Bhajans and one of the original singers of this is Meera – who dates back to the early sixteenth century.

“With every breath I breathe, I take the name of my beloved
I know my heart (what it desires), and God knows of the heart of my beloved (what she desires)” 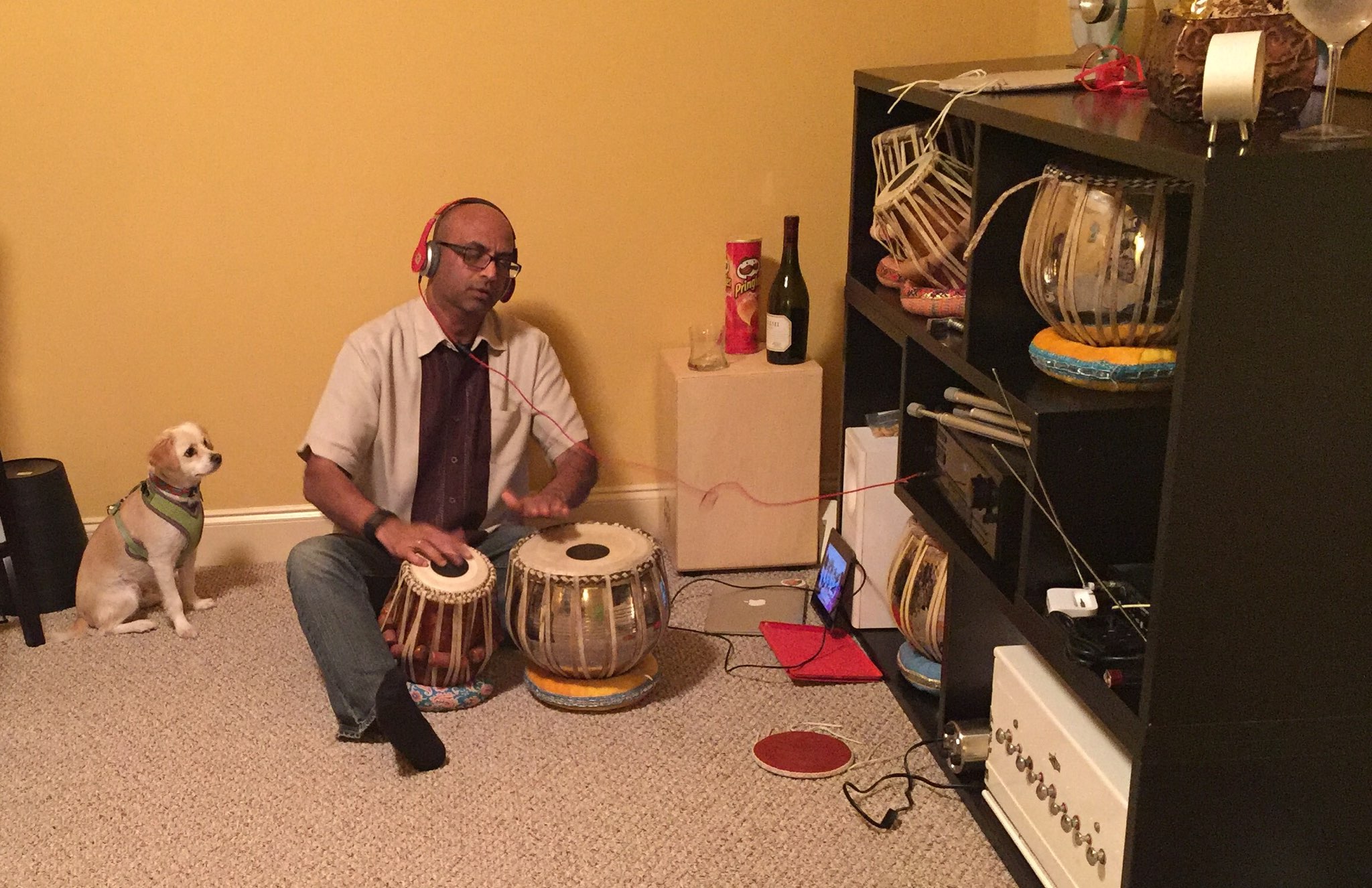