The bar closed. But the evening was young… And downtown Alpharetta was not that cold… 🙂 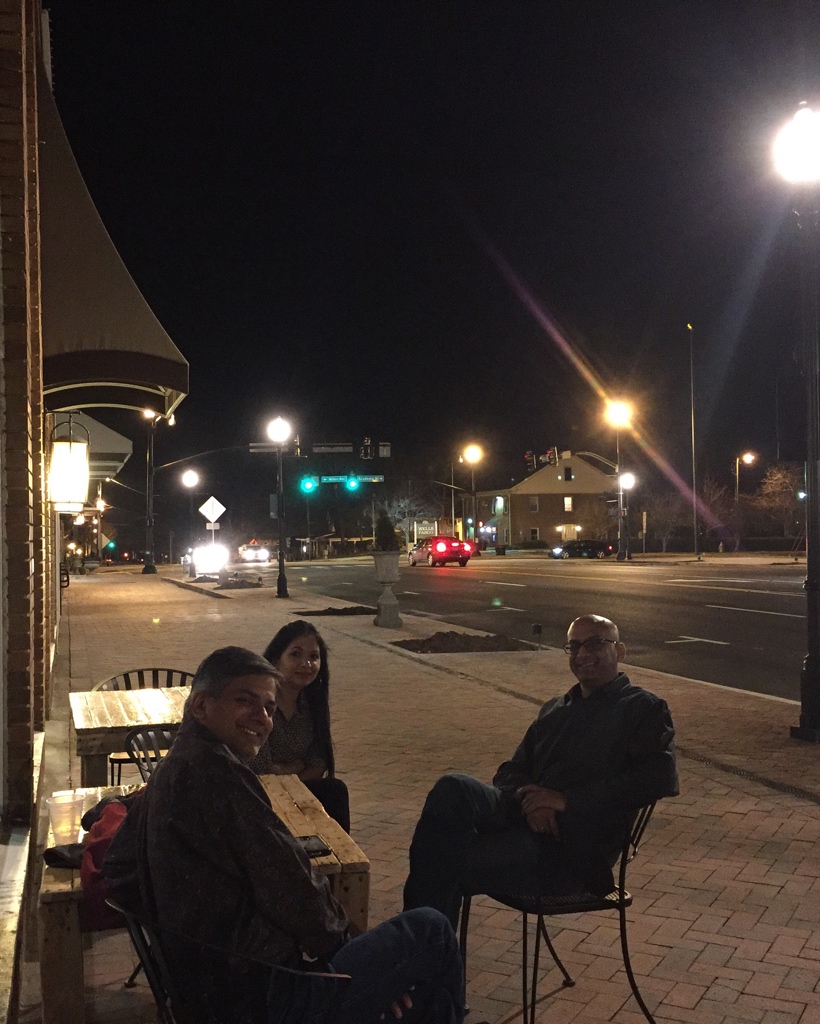 I understand the White BET Awards are in today?

That was courtesy Chris Rock. I thought that was hilarious given all the controversy around diversity going on …

Category: Humor | 3 Comments on I understand the White BET Awards are in today?

The birds are all coming out as it warms up. This is in the woods in our property. 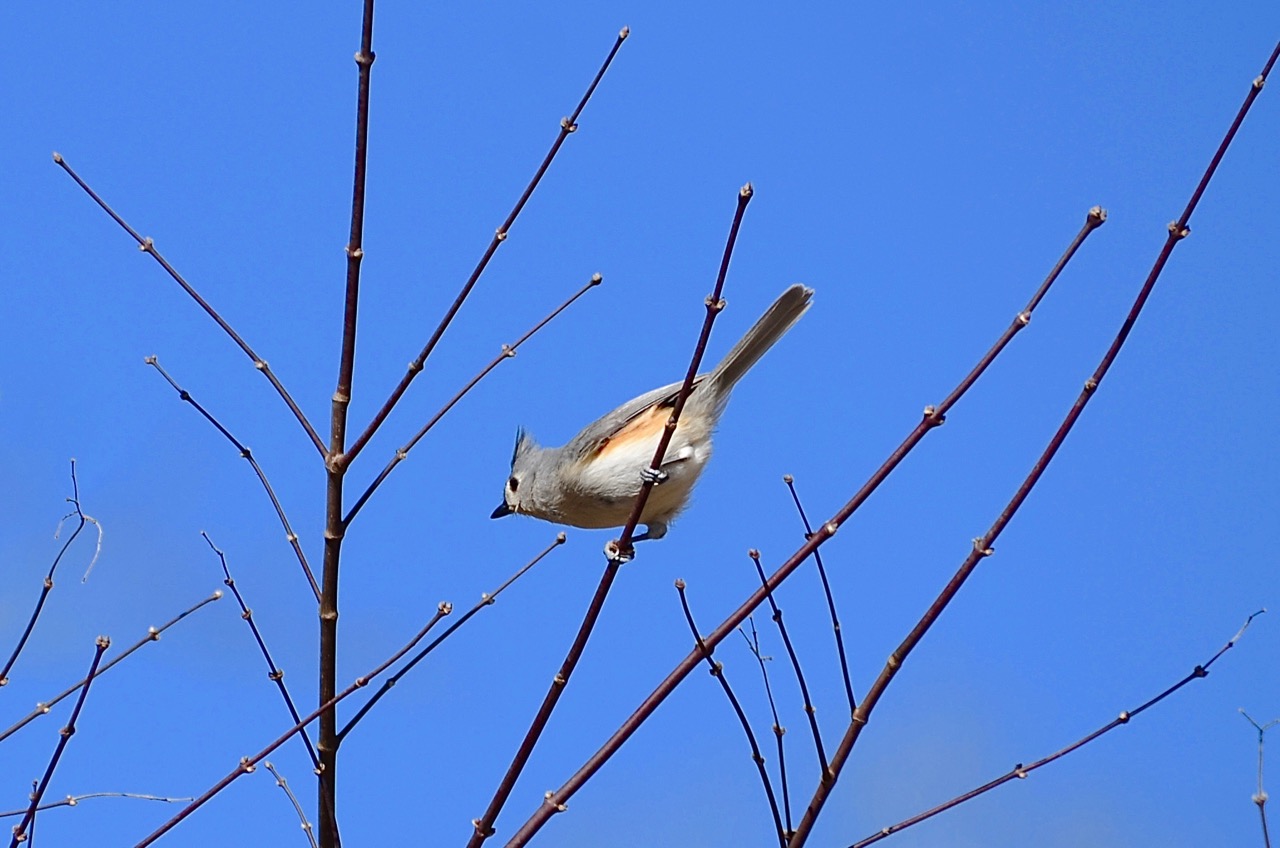 From the bartender’s corner – Kyoto

Great gin based drink to have by the pool on a beautiful sunny day like today…
This has Midori, Gin, Dry Vermouth and lime juice. 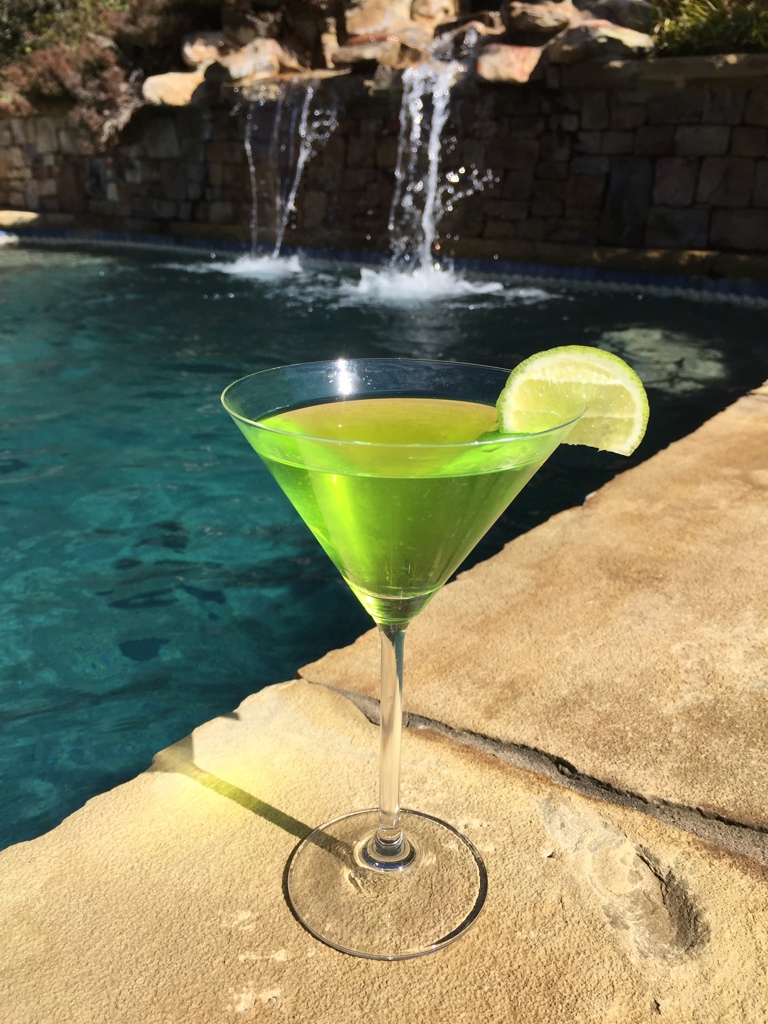 As the Chalupa group hit the trail for their 5K run, I went to the nearby tracks to put in some speed runs. Did a few 100 meter sprints with a lot of recovery times in between. The best dash was at 15 seconds (100 m). That was at about 4 min/mile (only for 100 m though). One shot came pretty cool – with both feet clearing the ground by about six inches. However, you can also see the grimace on the face as I was gasping for air with the heartbeat hitting close to 180. 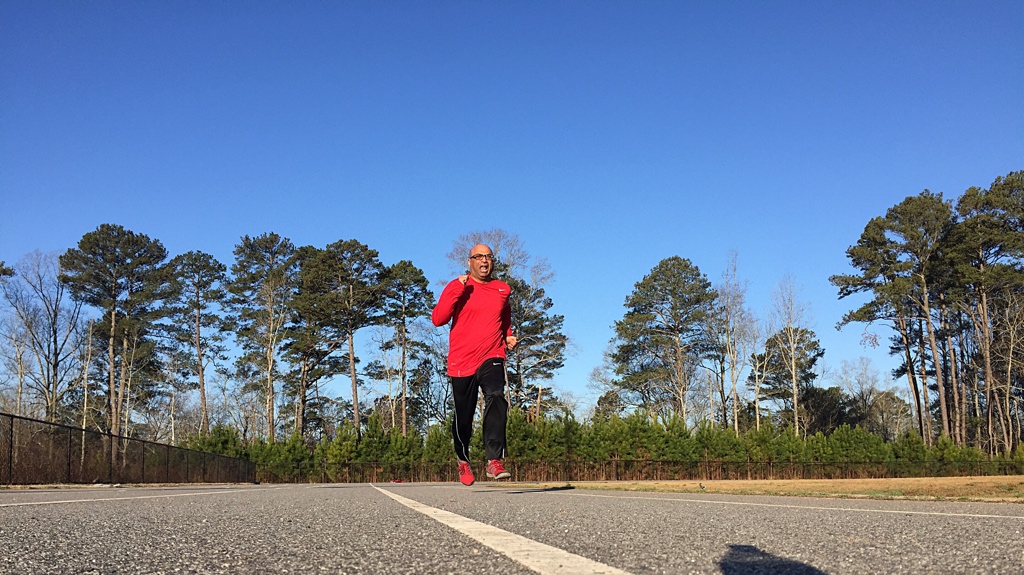 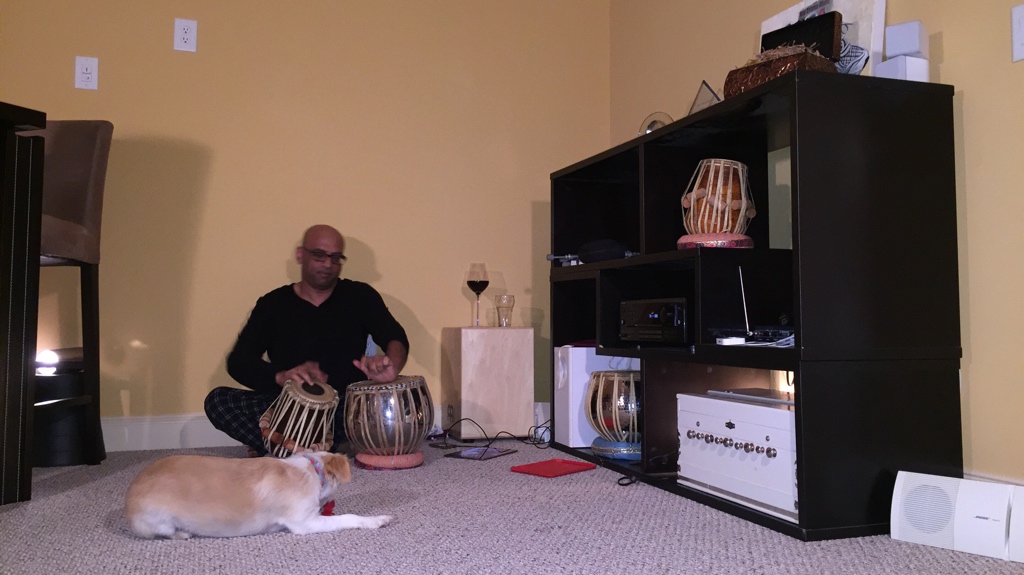 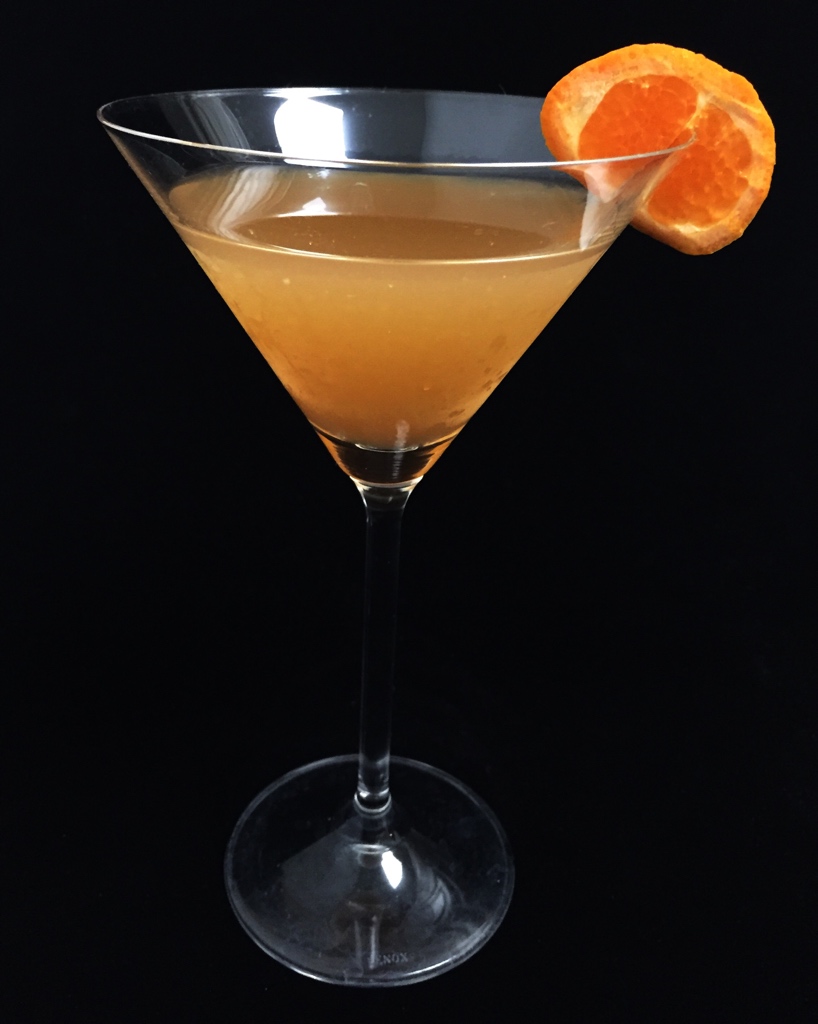 8 miles on a beautiful Saturday afternoon… 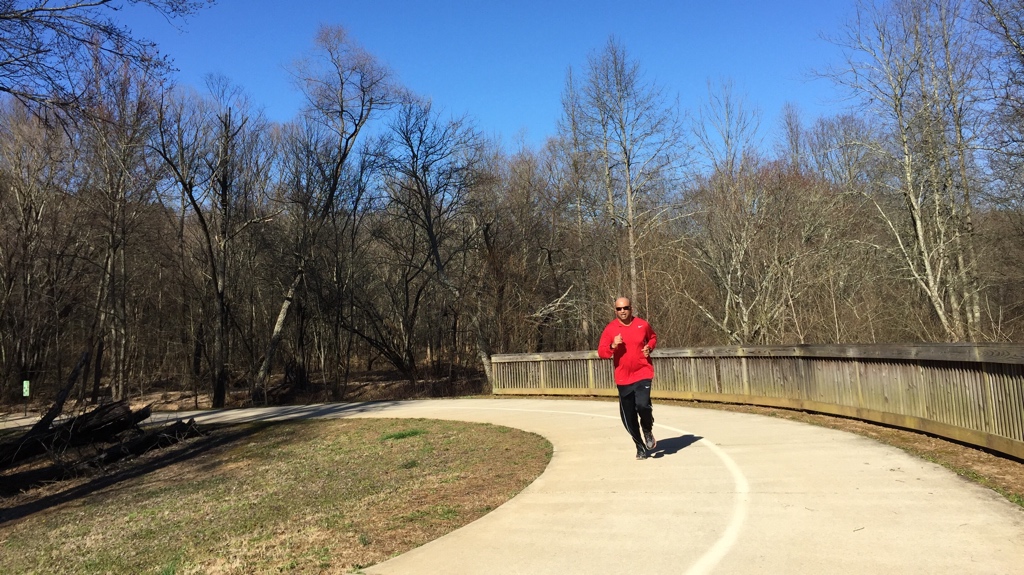 Kaifi Azmi was a twentieth century poet from India. Most of my Indian friends would probably recognize him as the dad of the Bollywood actress Shabana Azmi. The following couplets are from one of his early poems starting “Tum itna kyon muskra rahe ho” – made memorable in Jagjit Singh’s voice.

Those scabs of wounds that time has started healing
Why do you keep picking on them?
This is a game against your lines*
And you are losing against those lines

* lines refer to the lines on your palm meaning “fate”

The love affair that started eighteen years back

You perhaps have seen the picture from yesterday marking eighteen years of our togetherness. You did not have to – but thank you for all the well wishes that have been “pouring” in. I distinctly remember the night the love affair started eighteen years back. It was a Wednesday. I believe it was at a restaurant called “On The Borders” in Irving, TX. The lights were dim. I was tired. And that is when I succumbed.

The back story goes this way – I was working in a startup company. Long hour days followed only longer hour days. On the upside, due to the constant interactions, I got to make some lifelong friendships – not just with my co-workers but also their spouses and children. On that particular day, Sharmila had a class in her University where she was pursuing a Master’s degree. I was one of the last people left at office pounding away code. And next to me was my friend pounding away code even more furiously to prevent my code from doing too much damage. And his wife was sitting next to him reading a story book. The four of us had been friends through thick and thin. Let’s make it through thin and thin – I have seen how we looked those days 🙂

Our usual routine used to be that eventually we would all give up and the four of us would go for dinner and go home to crash – or more likely the wives would go back home and we would go back to more coding at office. That particular night, Sharmila was not there. And my friend decided he was too tired to go to a restaurant. He just wanted Bharti (his wife) and myself to get him some food.

Like we had often done in the past, we went to the nearest restaurant – On the Borders and settled down to grab a quick bite and take a To Go order. She ordered a margarita. Now, I did not know, regrettably I might add today, much about alcohol – but even I knew though that margarita is something you order in a Mexican restaurant. Eventually a distinctly pink looking drink appeared before her.

Rather disgusted, I exclaimed – “What the heck is that?”
She – “Margarita”
Me – “Pink??”
She – “It is strawberry margarita. You will like it. You are a Bengali. And this is sweet”. And she went ahead and ordered a second one!

In the past, the three of them had tried many a time to try to get me to drink. With a success count coming up to a big zero. That night though, with all that C++ code swirling up in my mind, in a momentary lapse of judgment, I managed to take a sip. Bharti is the best person to describe what happened after that. Apparently, like an idiot I was asking after one single sip if I looked too drunk! Apparently I would move my head swiftly from side to side to see if my eyes would follow me. What did I know about how much I needed to drink to behave like an idiot?

Frankly through, I did not feel like anything was different. So, I took a few more sips and called it a day. The hardest part was for Bharti to get credit from my friend and Sharmila that she did manage to get me to drink. They simply won’t believe her!! Upon further reflection, maybe my insisting “No. She is lying.”, might have something to do with it 🙂

That was my start. The four of us enjoyed quite a few margaritas later thru the years. Then, goaded by Sharmila, I moved to white wine and then red wine. I stayed with red wine for most of my drinking life. And then thoroughly ungoaded, I have gotten into cocktails in the last couple of years.

Looking back, after having resisted all temptations thru high school and college days and even the first seven years of work, that was the day that opened the floodgates for me. I might have waited for 32 years to cross the threshold but heaven knows, I have made every valiant effort to make up for the lost time ever since 🙂

And yesterday was the eighteenth anniversary of that first sip!!

Somewhat of an unrelated point from the post – Sharmila and I are on our 23rd year of marriage 🙂 And that was not the anniversary I was referring to!! She was the photographer last night though!

Category: Musings | 25 Comments on The love affair that started eighteen years back