From the bartender’s corner 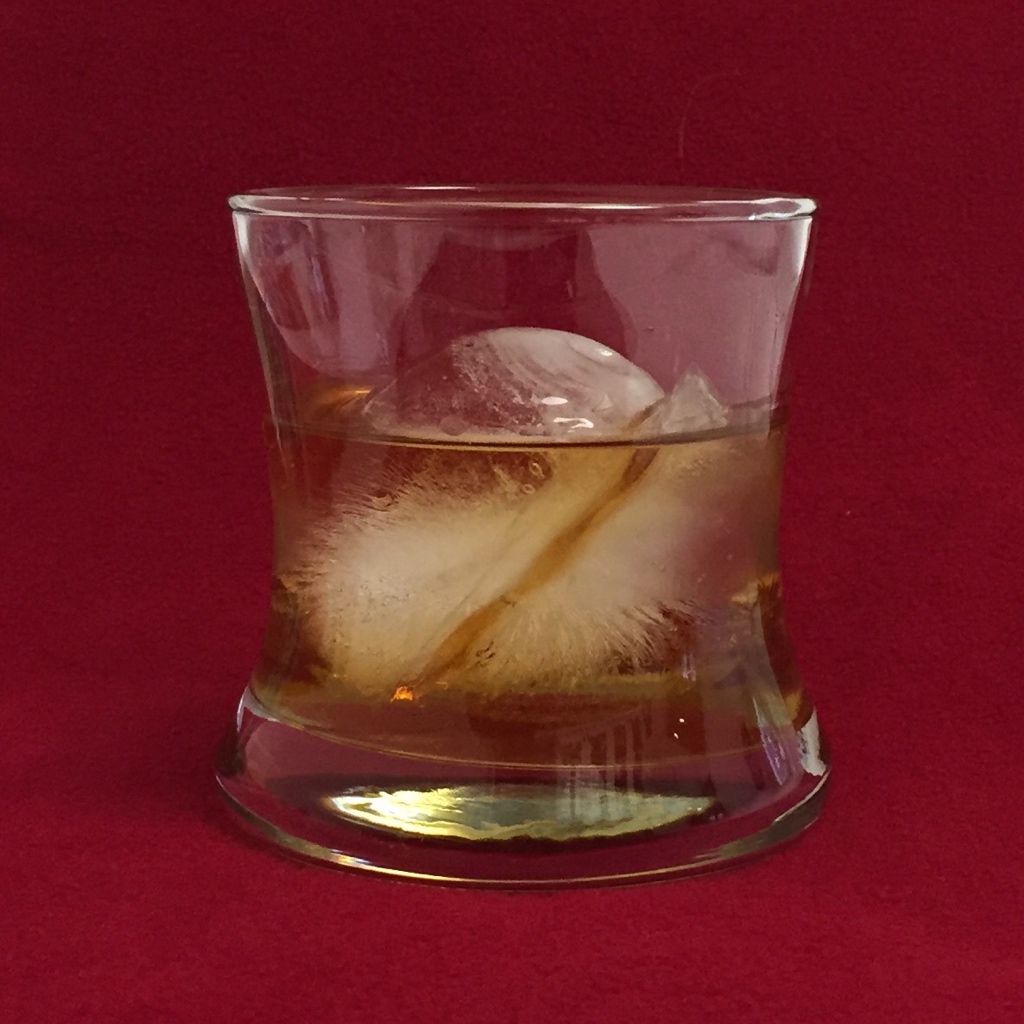 Category: Cocktails | 4 Comments on From the bartender’s corner

It was yellow today too!

I was getting ready to post this morning’s run in my blog (and Facebook) when FB showed the events from this day (Dec 29) in the last few years. Incredibly enough – last year on this day, I ran the same route (as evidenced by FB’s timeline pictures) and I was wearing yellow that day too. I remember that Sharmila was in India (just like today) and I went to put in a run before the kids would wake up (again, just like today). The big difference is it was a cold, dreary winter morning last year in the mid 30s; whereas, today was a bright sunny morning in the mid 60s.

Something tells me Dudley is going to relate to this story 🙂 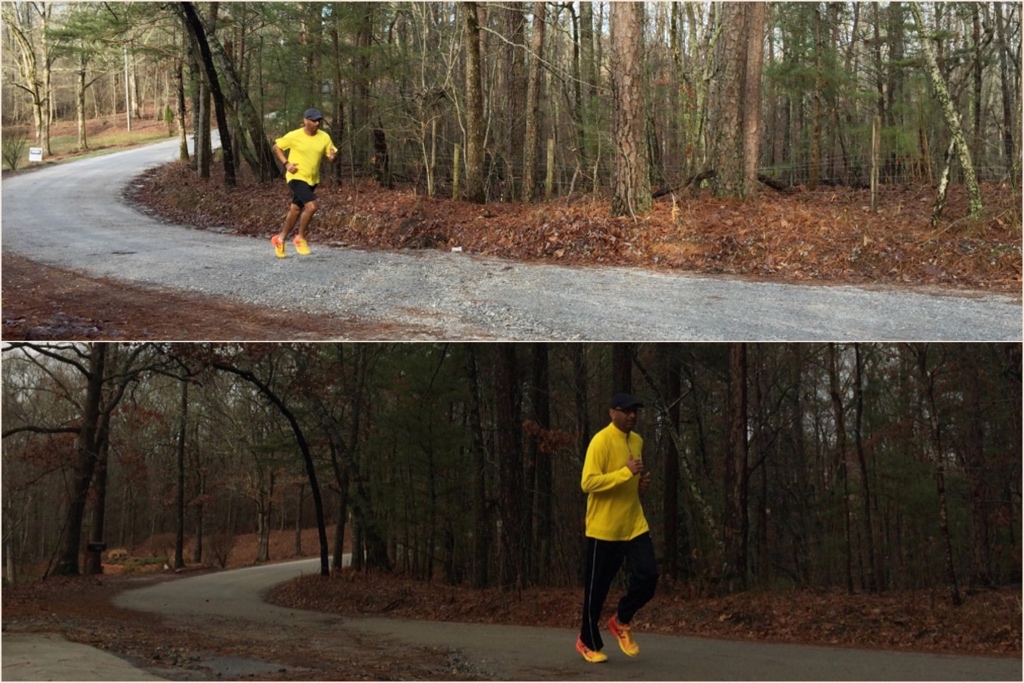 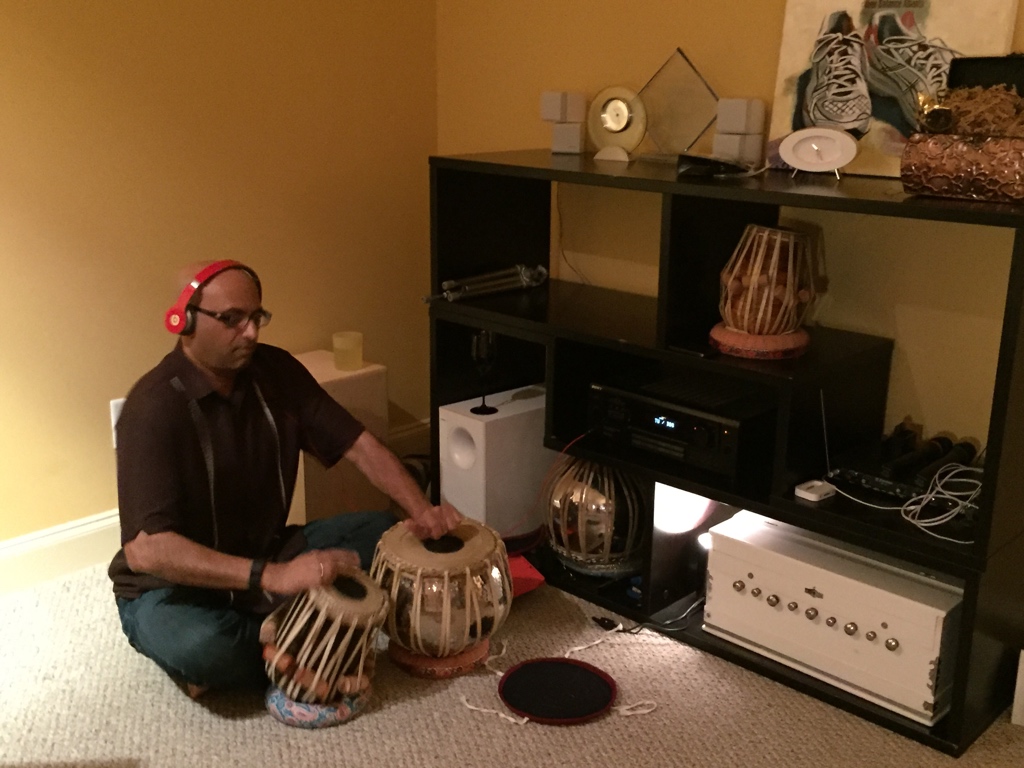 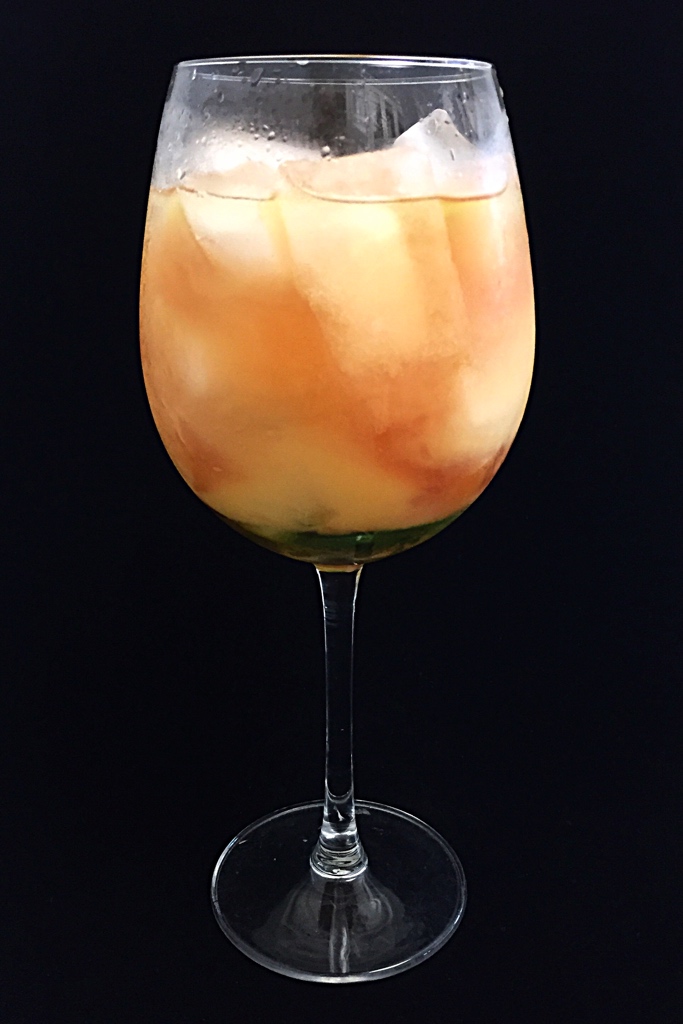 From the bartender’s corner – Ultimate lights of Havana

This beautiful looking rum based drink is made from Midori, coconut infused rum, orange juice and pineapple juice. 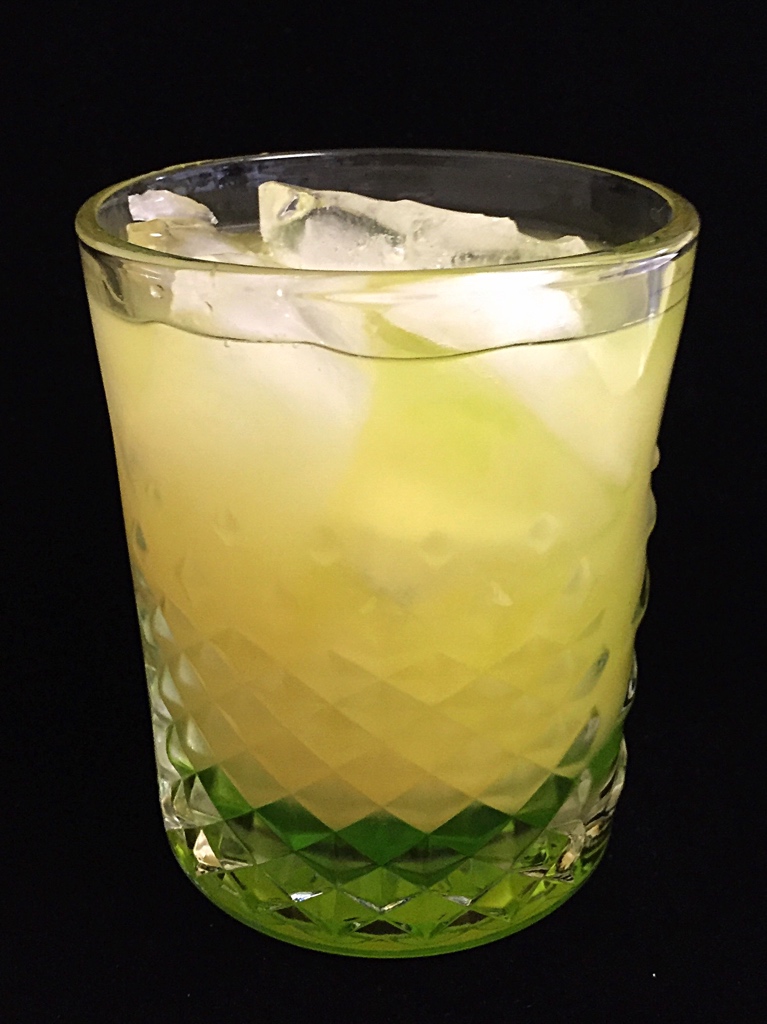 Category: Cocktails | 5 Comments on From the bartender’s corner – Ultimate lights of Havana

Last time I met Biplab was about seven or eight years back. His son was verg young then. They left for India and then this year have come back to California. Found out yesterday that they were visiting Atlanta for a few days. Couple of phone calls later, we scheduled our run this morning at one of his old beats – Cochran Shoals trail by theChattahoochee River. 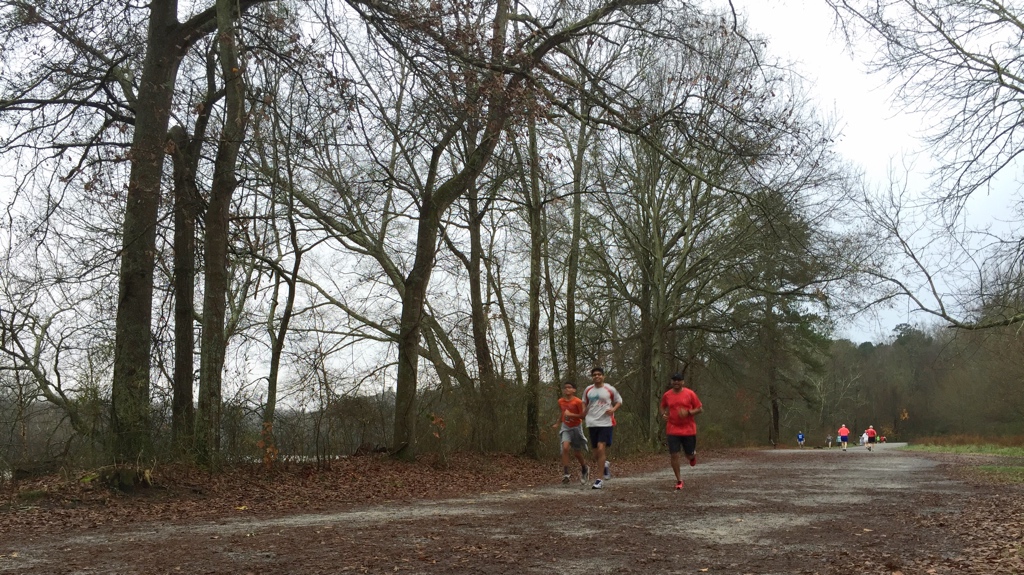 It was 80 degrees in Atlanta today!!

And it is December the 26th, for crying out loud!!

Even the rudely awakened snakes are coming out, yawning at each other and going “My Fitbit says I had a very disturbed sleep” 🙂

Detailed instruction sheets on the refrigerator!

This can mean only one thing!

She is leaving for India!!

Apparently, there is enough food in the fridge for me to have parties at our home every evening till she comes back! There is even a helpful reminder that we should feed the dogs!!

I love it how it starts with a detailed Do-It-Yourself instructions on how to make rice and just to leave nothing to chances on either side of the alimentary canal, she has left instructions on what to do if we get into septic tank trouble!! This is some serious sh** 🙂 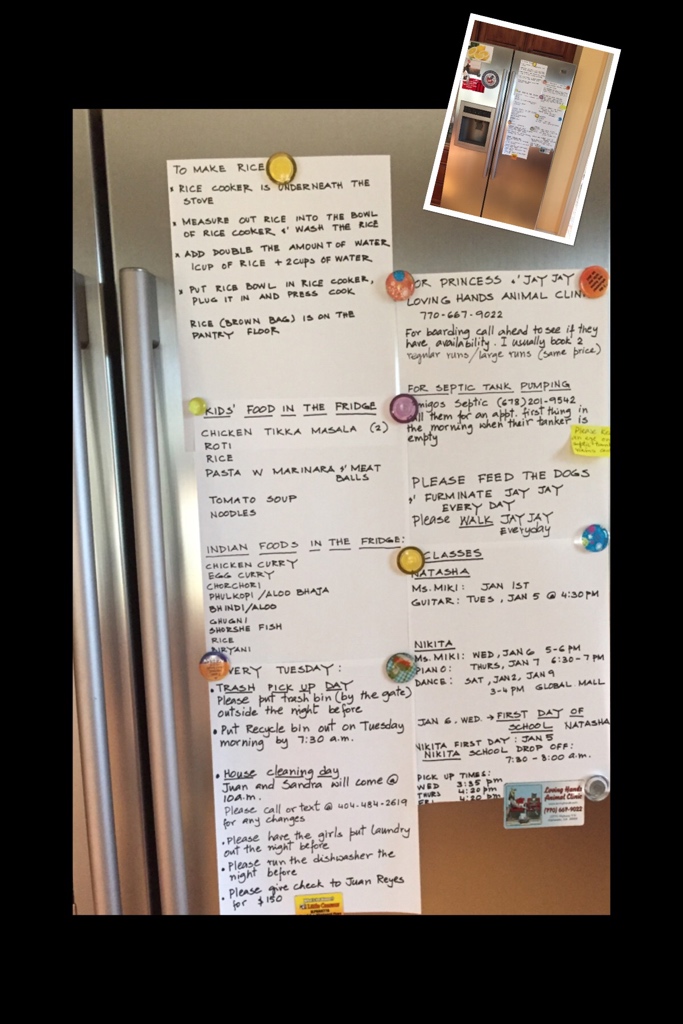 Category: Humor, My Family | 10 Comments on Detailed instruction sheets on the refrigerator!

“I have too many pairs of shoes” – said NO runner. Ever.

I might have taken some great strides in becoming a minimalist in many aspects of life, but when it comes to running shoes (and fountain pens), I am a total maximalist. I have not let gone of a single pair of shoes that I have ever run in.

If the shoes could write their own autobiographies, that would be an amazing anthology for I am run in some truly beautiful settings and some real extreme weather conditions.

The pair on the top shelf second from right – Brooks: Every other shoe owes them something – that is how I got started in running.

The pair on the second shelf from the top, third from left was my first competitive half marathon at 1 hour 54 mins (Dallas White Rock Half Marathon).

The orange pair at the bottom shelf – that was my only marathon ever at 5 hour 5 mins in Greece this year.

About fifteen pairs of shoes have run in foreign countries and almost the same number have won some kind of medals.

You can even see in the middle row my fling with minimalist running (also called barefoot running – although you do not run literally barefoot) for a couple of years till I got injured and switched back to supported shoes. 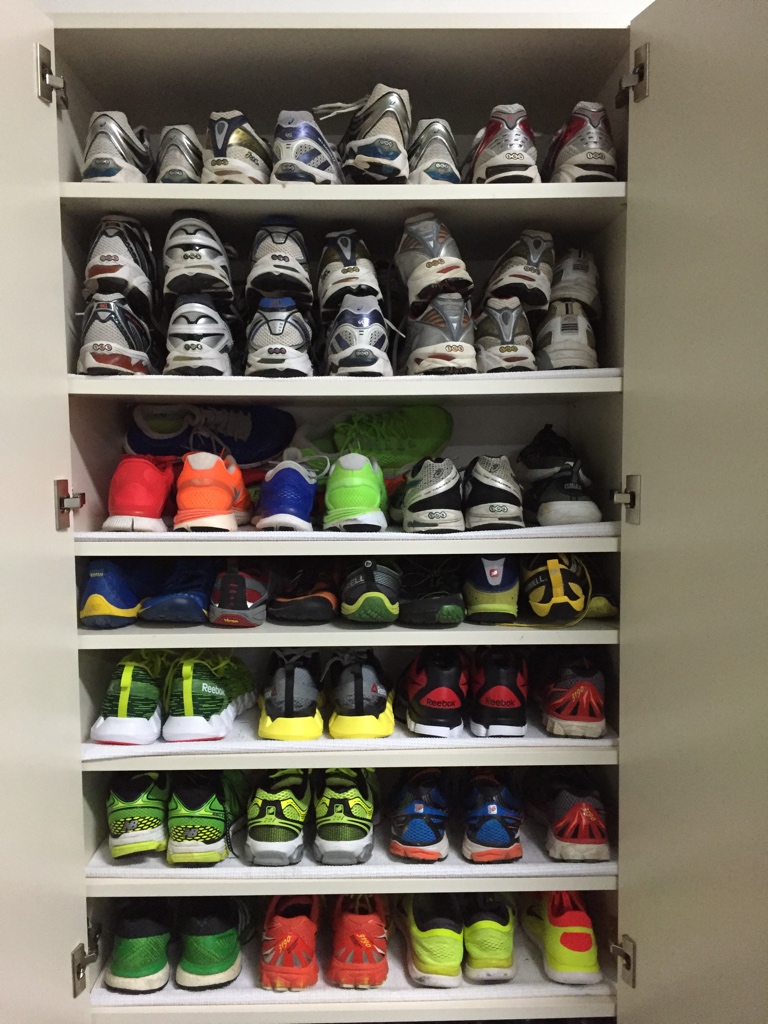 Awww!! It broke her heart to learn that Santa Claus is not real :-(

I am not talking about my daughters. I am not talking of any of my nieces either. This is my seventy year old mom in India. During our early morning ritual – a phone call – today, she started arguing with me about Santa Claus. Much as I tried to explain to her that he is an imaginary character that parents tell their kids to deflect who got all the gifts, she steadfastly stood her ground that I had no idea what I was talking about. She felt I was getting confused because I forgot his real name – Nicholas!

“Ami bortoman-e porechhi onar asol naam Nikolas”. Apparently, a local Bengali newspaper is a lot more reliable source of information than her son of fifty summers. Not to mention half the stuff those local newspapers publish clearly have been picked from books found in the local library section visibly marked “Fiction”.

What absolutely took the cake – I mean literally – is when I had to tell her that cakes are not that big a thing during Christmas here. As an aside, anybody who has grown up around the parts of the country I did in India, exchanging Christmas cards and eating cake were the big highlights of any Christmas day. I come from a state where 30% of the population are Muslims and most of the rest Hindus. I grew up in a Christian school till tenth grade. Unlike the deep division in thoughts that I get exposed to today along the religious lines, life then, was all about celebrating all the religious festivals – regardless of which religion. Visiting the festively lit up parts of the neighborhood where Christians lived, buying Christmas cards and sending them to everybody and eating a whole lot of Christmas cakes was what Christmas always meant to us. Sometimes we would visit the well decorated local churches too.

But eating cake was a must. Against that backdrop, you can imagine the jaw dropping revelation that my mom was trying to process when I told her that cake is not that big a deal here. That was sacrilege to her. She finally but slowly gave her verdict which was basically suggesting that Christmas is really a British thing. Americans have not learnt about authentic Christmas yet 🙂

But for the mute button on the phone, I could have been in big trouble today. 🙂

She did agree on one thing before we parted – “Oi debdarur moto gachhta – ki jeno?” (referring to an indigenous coniferous looking tree). “Christmas tree”, I replied.

Score one for her fifty year old son!!! Take that “Bortoman”

Category: Family in India | 21 Comments on Awww!! It broke her heart to learn that Santa Claus is not real :-(