From the bartender’s corner – The Lemony Snicket Cocktail

Finally found some use for the Limoncello that we bought in Italy in summer. Also, trying different background colors for the pictures. 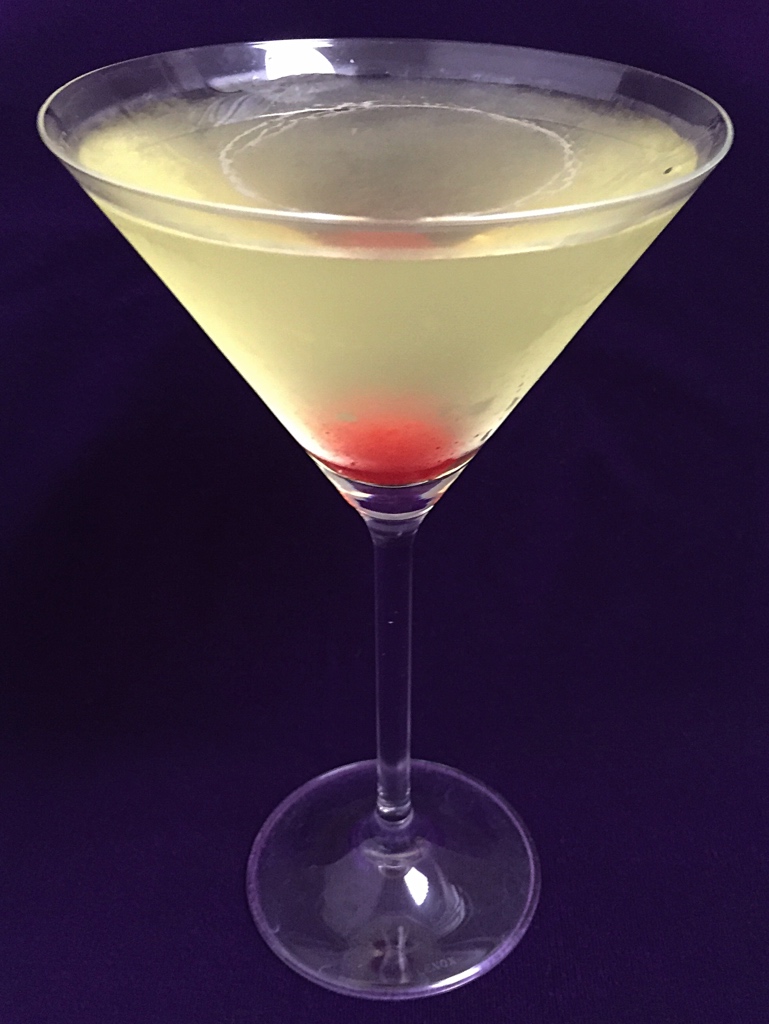 “Who are you going to believe – me or your own eyes”? (Groucho Marx)

“Getting intoxicated is surely necessary in life
But alcohol is not the only way to lose your self
Try drowning in somebody’s intoxicating eyes, my Saqi*
It is but the most beautiful ocean you can die in!!!”

*Saqi refers usually to your lady companion you are drinking with 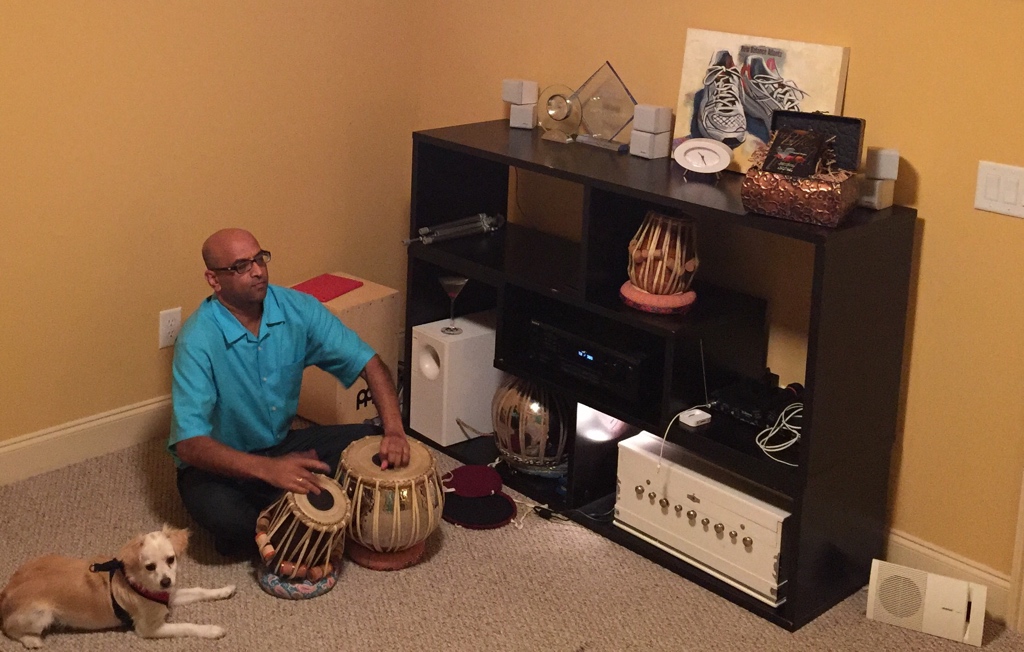 Category: Musings | 12 Comments on “Who are you going to believe – me or your own eyes”? (Groucho Marx)

If only she had a different name, I might have found her long time back!!

This friend and her brother and sister were very close to me and my brother and sister. I am talking about mid seventies when I was yet to get to fourth grade. But, as it happened, we moved and then I lost contact completely. But they have been on my long list of old friends to reconnect with for over 20 years.

While technologies like cheaper phone calls to India, email, Facebook have made the act of finding your long lost friends easier, it essentially pivots on one assumption – that you know the name of the person you are looking for. While I (and my siblings) spent quite a few evenings playing with Tata (pronounced with a softer “T”) and her brother Raja and her elder sister Mithu-di, I had no living recollection of what their formal names were. As it is, changing of last names after marriage makes finding any lady by name difficult, but not knowing the names makes it hopeless. You will agree that trying to explain to electronic media how a person looked forty years back is not going to take any of us anywhere either. And trust me, you do not want to search the internet for somebody with the name “Tata”  for too long too much. Certainly not in public locations 🙂

Over the years, I had tried asking a lot of people, but like many of my residual searches, I came a cropper. Every time my brother and I go to Durgapur (about four times a year), we invariably spend a few hours going door to door looking for our old friends.

And then serendipity hit last morning. After the run by Potomac in Washington DC, I was casually checking some websites about Indian affairs and I saw somebody’s name mentioned called “Shatabdi”. An hour later, just as I was entering the shower, it hit me – Tata’s name was indeed Shatabdi. That set in motion another set of searches on internet to look for Shatabdi Roychowdhury. The search was more tedious than you can imagine. There are at least two different ways to spell “Shatabdi” and at least four variations of spelling “Roychowdhury” and that does not even take into account that some split it into two separate words.

Came up with a few possibilities. Rejected the first one since she showed up on Sharmila’s FB friend list. There was no chance that I would be looking for somebody for 20 years and Sharmila would have been friends with her on FB all this time. By this time, I needed to get ready to go to office – fortunately, with some hope that I might have a few more leads. The frustrating part of all the searches is not when a match does not work – it is when you run out of leads. You are hopeless at that point of time.

In any case, called up Sharmila to check in with her for the morning and let her know that I was leaving for office. And casually asked if she knew a “Satabdi Roychoudhury” from her FB list well. She confirmed that she did and that they were classmates till her middle and high school. More out of habit than hope, I gave her a couple of descriptions and asked if they matched. To my utter surprise, she said that they matched. I was like WHAT??? All these days I was looking all over the world and simply forgot to ask my wife? Anyways, I was in a hurry and Sharmila said she would get me her phone number. I asked her to ask her friend if she remembered “Bachchu”-da. For that was my pet name. Like hers was …. you know what 🙂

The day was very busy with meetings and then dinner meeting. Finally at 10:30 at night, I came back to my hotel and found out that Sharmila and Satabdi had both sent me messages with her phone number. Very excitedly, I called her and immediately apologized for calling so late. She did not seem to mind.

“She lives close to us too”.

“Wow! How are your parents? Where are they?”

“Oh! they are here visiting me right now”.

That is when I realized I was not only looking for her in all the wrong places but I was literally forty five minutes from where she was as I was talking to her!

It was a long call. We went from house to house in our old neighborhood and I updated her on as many of them as I have been able to trace. Talked to her mom for a long time. She matched my recollections – event for event – at every step. She remembered the exact day when I had seen her last. She even remembered when I mentioned how she had saved me from impending disaster at home after messing up my sweater (that had been newly-knit by my mom) while trying to retrieve a “cambis” (tennis) ball from the hedges by bringing out her knitting needles and fixing it!

In between, I called up Sharmila to give her a full update. And then called up my brother and sister to let them know. They were super excited. My sister wanted to talk to them then and there before she realized it was past midnight for us.

As a final twist, before going to bed, I logged into Facebook to send friend requests to Mithudi and Raja (I had found out their formal names from Satabdi). It is then that I realized that Mithudi knew a friend from my middle school too. I could not figure out the connection. A few messages with Jyoti later, I found out that my friend and Mithu-di were room mates in college!! Go figure!! We both talked about how kind their parents were. There is a chance – a small chance that Jyoti and I might be in Kolkata in Jan around the same time! Wouldn’t it be cool to visit Mr. and Mrs. Roychowdhury at the same time!!

It is such a small, small world!

Looking forward to coming back to this area so I can meet my friends from forty years back. I will miss uncle and aunt since they are headed to India soon – but like I said, I will fix that problem next time when I go to see my parents!!

Category: Intersection Points | 13 Comments on If only she had a different name, I might have found her long time back!!

Last week was Chatahoochee in Atlanta, Columbia in Portland, Willamette in Corvallis. Today was Potomac in Alexandria, Virginia! It was a short run early morning in drizzling and very windy conditions… 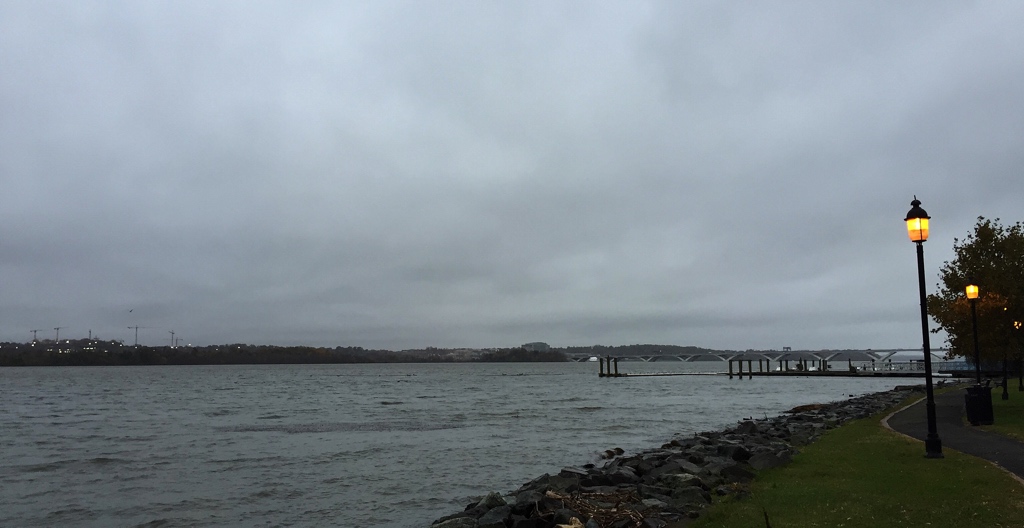 Amusing Ourselves To Death

Recently, a Facebook friend – and I cannot recollect now who it was (Avinash, was it you?) – had referred to the book “Amusing ourselves to death”. I had heard about this book from the 80s by Neil Postman but never got a chance to read it. Till today.

If you have even a remote interest in epistemology or for that matter, how – contrary to popular belief – the message is all in the medium, you have to read this book. A few years back, I had stopped watching TV news. My “aha” moment was when I realized that the big news of today virtually gets no mention a few days later. And it used to frustrate me that I never could figure out what happened in the end because the channels had moved on to yet another big news of the day. Eventually, I got frustrated of TV itself and gave up watching TV (other than NFL games).

This book does a marvelous job for me to understand why I was getting frustrated. It further goes to explain in a brilliant way how TV has made a complete spectacle out of politics, religion and such other basic precepts of civilization. A tell tale example of how emotional judgment has taken over intellectual analysis – contrasting the current sound bite debates on TV of our politicians versus the substantive written debates by Lincoln and Douglas. How TV, unlike reading, does not let you pause and think for a moment what you just heard and dwell on it at any length. Therefore how our concept of “knowledge” itself has changed.

It does a great job of also explaining how telegraph started us down the road getting inundated with irrelevant information. Today, on TV, if we were to write down all the things we heard on the news and ask ourselves, “So, what am I going to do different tomorrow, day after or even in the next year due to what I learnt”… it is virtually zero. In the name of “knowledge” of the vast global village, we don’t seek to know what is going on with our neighbors, folks down the street, kids in your kids’ school – things we might actually do something about!!

Wish I had read this book long time back.

Category: Musings | 6 Comments on Amusing Ourselves To Death

The name is of course a reference to Kentucky (Bourbon connection) which was the 15th state to join the union. 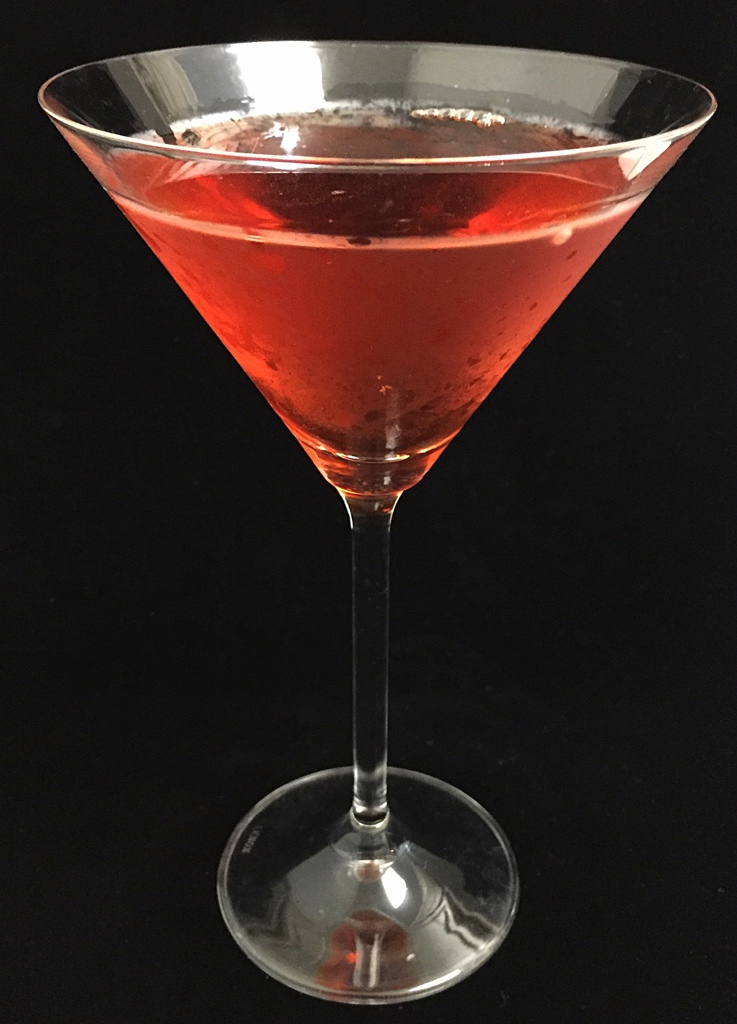 Set up Sharmila’s new gallery website. I have some more work to do to make it more mobile friendly. As of now, I am leaving it at though…

If you visit her website and do not like the paintings, don’t blame me. I am just the IT guy. 🙂

From the bartender’s corner – Boulevardier

Bourbon, Campari and Sweet Vermouth. It looks very much like Negroni. That is of course because it is just like Negroni except tge gin is replaced with Bourbon Whiskey. Like Negroni, a Boulevardier is also garnished with an orange slice but i could not find any orange in our kitchen!! 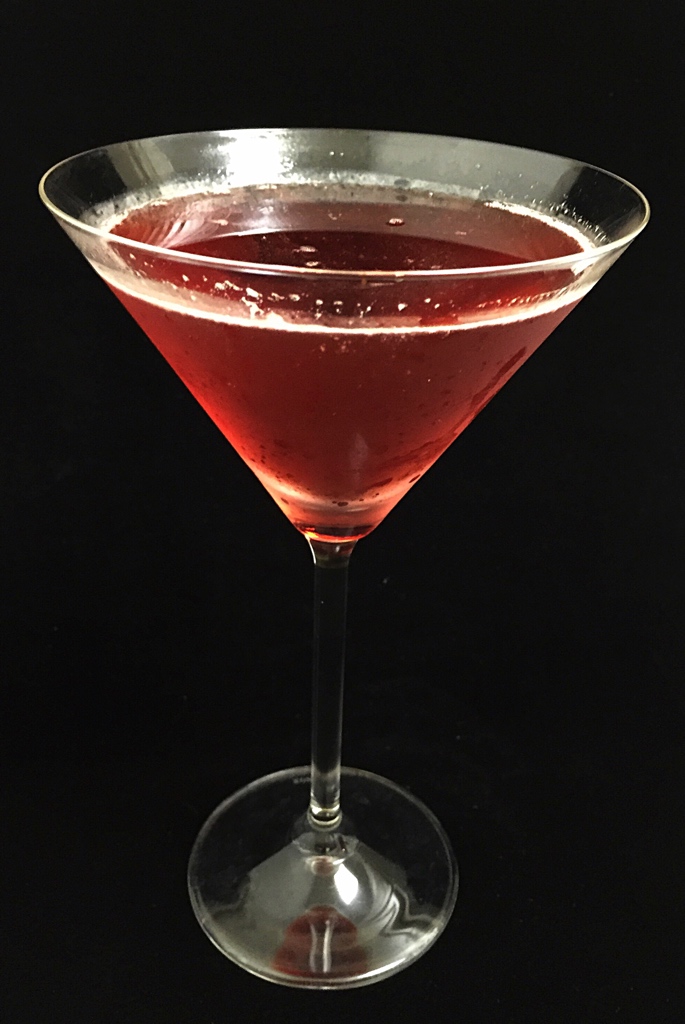 Couple of evenings back, I had a nice dinner with Lynette’s grandmom, mom and aunt. Between the lovely pasta, red wine and bread, I ingested about a thousand calories or so. Dropped every one of those calories during the run with Lynette this afternoon 🙂 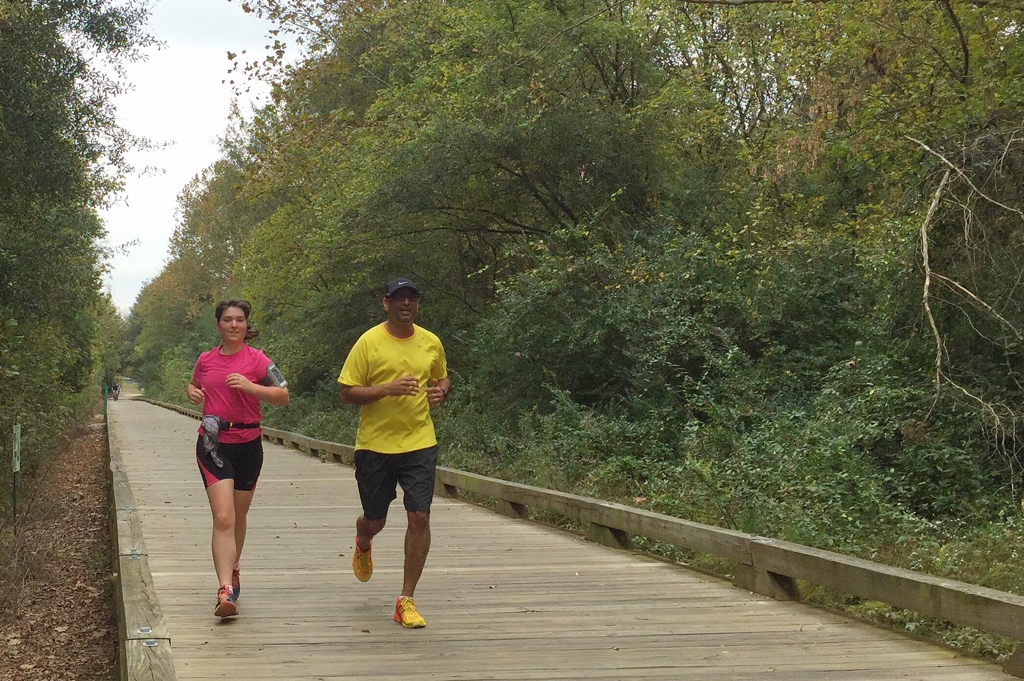 When I met Lia’s mom (see a couple of posts back) last evening, Lia mentioned to her mom and her sister about my FB posts. And quickly added that she totally skips my puzzles. Which gave me an idea to form a puzzle including Lia and see what she does about it 🙂

Lia and I, both Saturday morning runners at Fowler Park, decide to run together tomorrow morning. We agree to meet up between 6am  and 7am. Both of us are definitely going to arrive in that timeframe. But, since we were likely to reach there at different times, we agreed on the rule that upon reaching the trailhead, if one does not find the other waiting there, he/she will wait exactly for 20 minutes for the other person before proceeding to run by himself/herself. Of course, in the middle of the wait, if it becomes 7 am already, the person just goes ahead for the run alone, (realizing that the other person came earlier and must have left after waiting for 20 minutes.)

Question is what is the probability that we will actually get to run together?