… I am not the one who can claim to be an inspirational or influential leader. But boy, have I found out how to get a large segment of my FB friends to do what they would not have done otherwise?

All the same, thank you all!

Category: Humor | 6 Comments on In all fairness…

In the recent past, we had our anniversary day. Okay, since I did not post any cute pictures of Sharmila and myself from our wedding day or something, you can hold back all those Congratulatory messages 🙂 I am trying to tell you something very funny that happened on that day.

First, you have to realize that in our house, unlike every other house, I am the one who remembers dates and Sharmila is the one who forgets them. You might recollect how she gave me our 20th anniversary gift … on our 19th anniversary day. Or how she picked up a fight with her own brother about his birthday (which, I might add with great self-satisfaction, I had correctly remembered) 🙂 I think there was a time she started writing down dates in a journal but she kept losing the journal 🙂

My usual practice after she forgets about a day is to wait for the day to get over and then just to rub it in, next morning I would remind her that she forgot the important date. And then she would berate me for not reminding her the previous day and accuse me of doing it purposely (which is absolutely true, by the way).

Against that backdrop, this anniversary day, as always, I got up early in the morning and before going for a run, went down to the kitchen and started making a cup of coffee for myself and one for her. It is then that I realized that she had woken up too and was coming down the stairs.

I was thinking to myself that I might have to rearrange my running time by half an hour so both of us could have some quiet coffee time early in the morning before the kids woke up. You can only imagine my surprise therefore with what happened in the next few seconds. She came down straight to me, gave me a kiss and straightaway accused me “You forgot today is our anniversary day, didn’t you?”

I was like WWWHHHHHHATT????? We just woke up! The day has just begun!!! And in any case, last twenty one years you did not remember!! What are you talking about? I had no idea what hit me!

Evidently, she was so excited that she remembered this time after waking up, she was hoping against hopes that I would not and then she would turns the tables on me!! And in all that excitement, that was the first thing that came out of her mouth!! It is like wishing each other on our anniversary day has become something like calling dibs !!!

From the bartender’s corner – Redneck Blitzkrieg 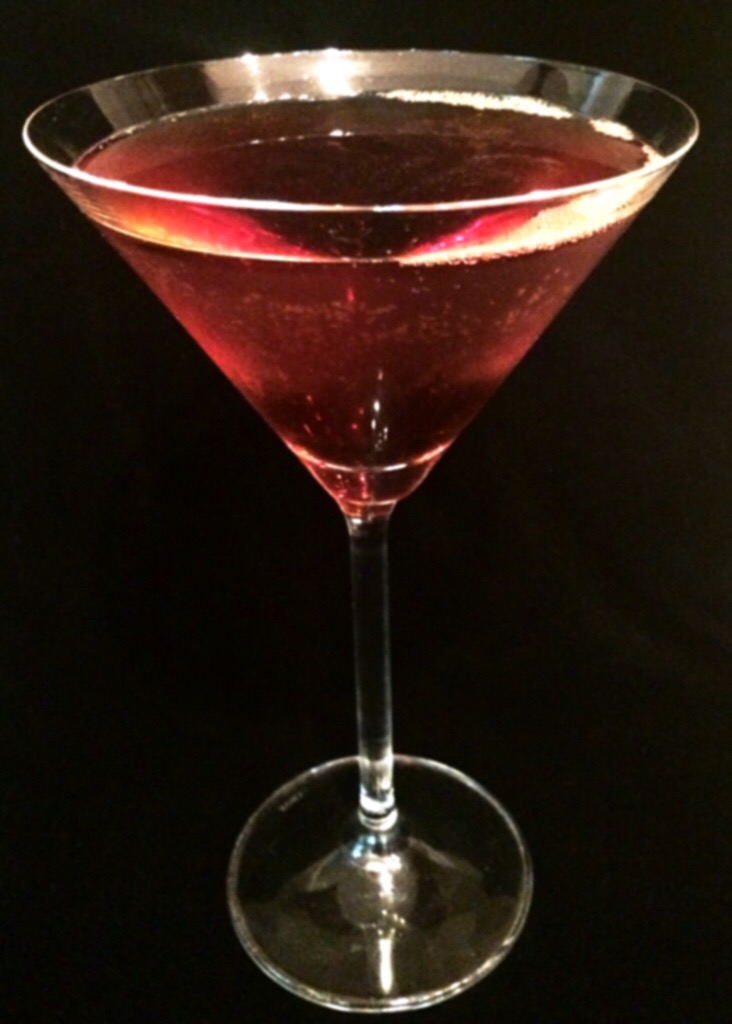 Category: Cocktails | 6 Comments on From the bartender’s corner – Redneck Blitzkrieg

From the bartender’s corner – Eavesdropper 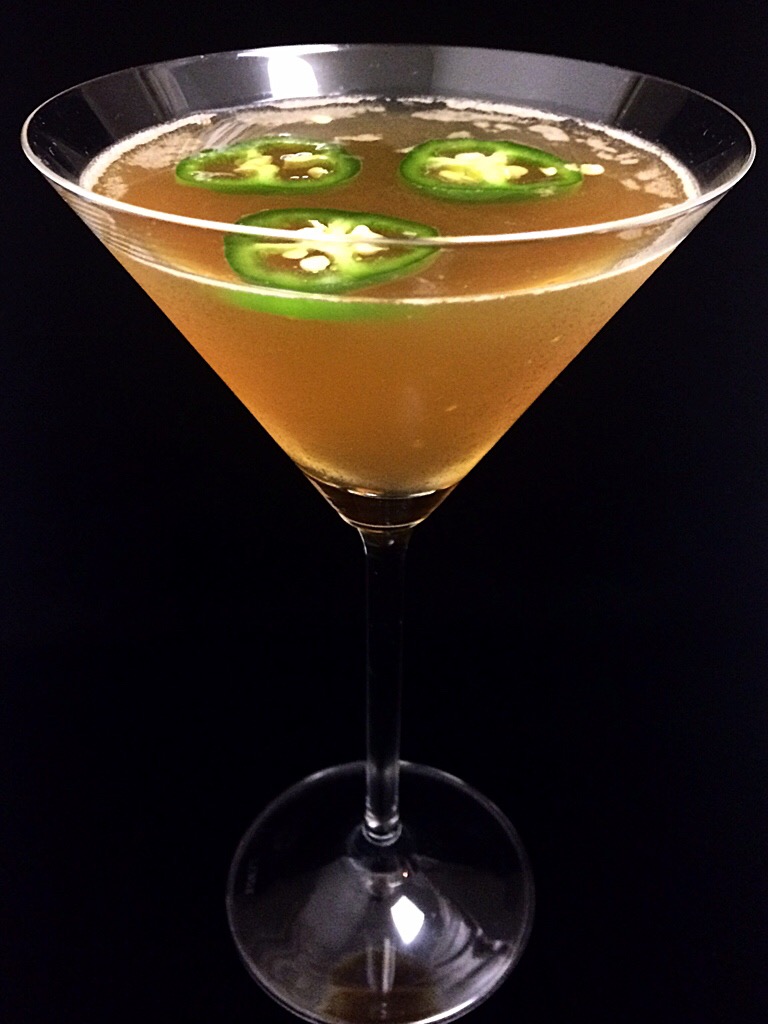 From the bartender’s corner – Sexy Alligator 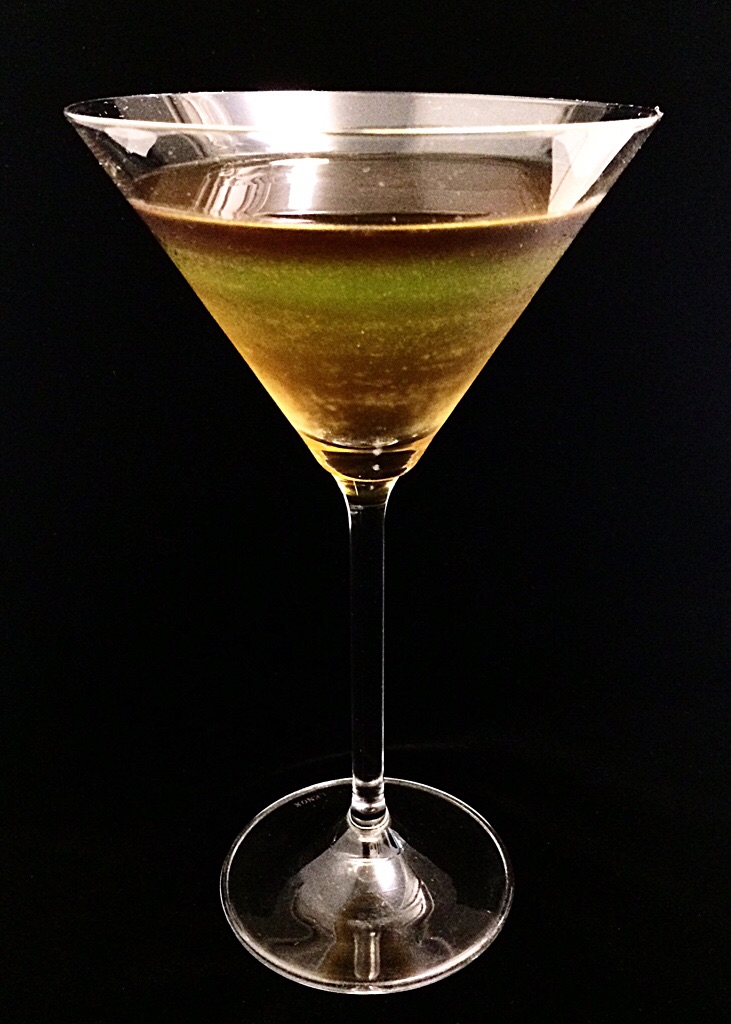 You know I should do this Global Mall thing more often…

… if not for anything else, but to relive my past. And remember how
(*) loudly Indians talk in public
(*) to constantly yell at your children
(*) long we are willing to wait for food to be served
(*) to easily convert a table for four at the food court to a table for eight
(*) to leave trash and newspapers in the chair or bench you were sitting….

Category: Humor | 11 Comments on You know I should do this Global Mall thing more often…

These ten mile runs have become way for exhausting than they used to be a few years back. The last couple of miles, I had to drag myself hard.

The trail was completely wet. And the creeks were overflowing with muddy water… 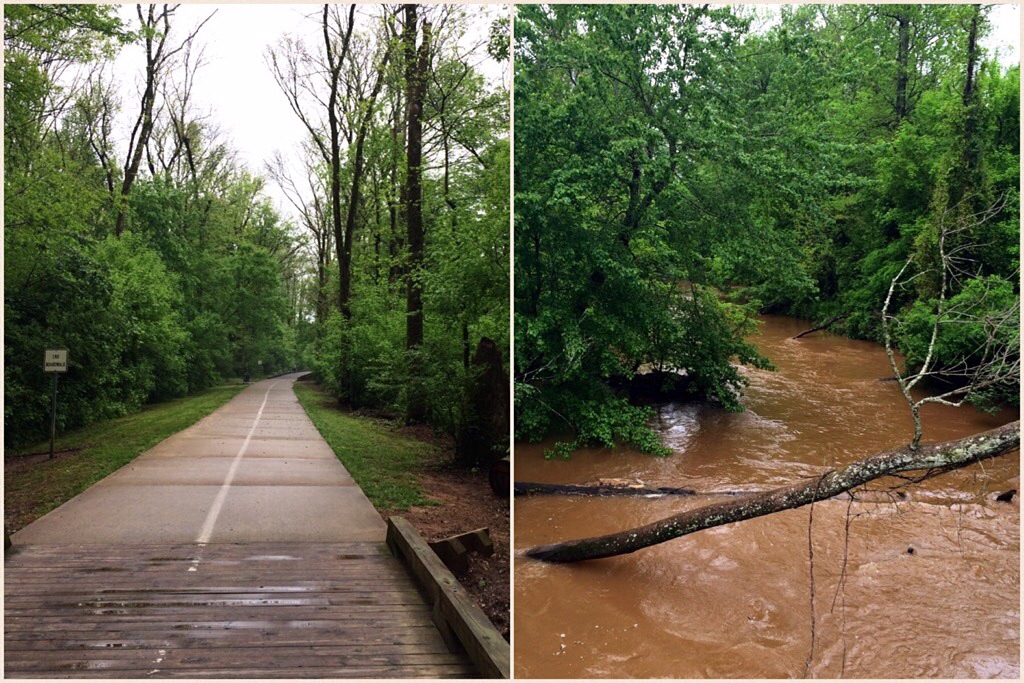 It is like some Indian dude went “Hey, if they can invite Canada and call it the World Series, I can also get a couple of guys of Pakistan and Bangladesh to open up shops with me and call it Global Mall” 🙂

A pretty large earthquake hit Nepal and India with a high toll – especially in Nepal. However, the effects were felt all the way in southern Bengal where all my folks live. They are all fine.

But talking to them was one of the endearing exercises I could have ever gone thru for a couple of hours early this Saturday morning. First and foremost, every family member wanted to talk to describe to me their first hand experience and eye witness report. And some of the reports were hilarious to say, the least.

My sister – who absolutely believes all adjectives exist to be used in the superlative form only – is convinced that this is the worst earthquake in the history of mankind. When I mildly challenged her the earthquake could not have lasted for two minutes in Kalyani when it was about 20 seconds in Delhi (much closer to the epicenter), she retorted “Tora America-y thakis boley nijeder sobjaanta bhabis”. Apparently, we Americans are prone to thinking of ourselves as know-alls!! In her mind, on the Richter scale of 0-9.5 (highest recorded), this one fell outside the Richter scale.

I understand her building swayed by “at least one foot” on either side. When pointed out a five storey building cannot take that level of stress, she was very pleased with herself that she had chosen a much better construction company than any other in that area.

The elderly ones – my dad, father in law and such had a very similar reaction to the earthquake. Not expecting an earthquake in the slightest bit, each one of them concluded that they were having a heart attack or some kind of massive health failure!! Somehow it never struck my parents that there is little to no chance that both of them will have a heart attack at the exact same time.

As I was hearing my mom describe the earthquake, I could hear my dad rattling off all sorts of geographical stuff from behind. (Geography used to be his forte). I could hear him from the background ask my mom to check if I knew what the “Ring of Fire” was. Curiously, he thought 7.9 Richter is higher than “normal”. As much as I tried to convince him there is nothing called “normal” in measurement of earthquake, he firmly stood his ground that 6 is normal. I think he is watching too much IPL these days.

On the other end of the age spectrum, the youngest family members had a more measured response. My eleven year nephew simply said “dnariye dnariye knepe gelam” (meaning, I got shaken up merely trying to stand up). The youngest nephew (nine years old) had an even simpler answer when asked what did he do :

I really wish I had a few more hours this morning. It would have been awesome to call up a few more relatives…

The percussion puritan is bound to disapprove of this

Another Friday evening. Another decompression. Heaven knows I needed this.

Today was about Bengali folk songs. Missed the music sessions with my sister a couple of decades back.

This is not going to warm the cockles of the heart of any percussion puritan… but there was an excellent application of a $1.99 plastic trash basket Sharmila had put in my music room (with the “bnayaa”) for a nice Utpalendu number (“Dohai Matha Khao”). Sometimes beats can come from the most innocuous item!!! 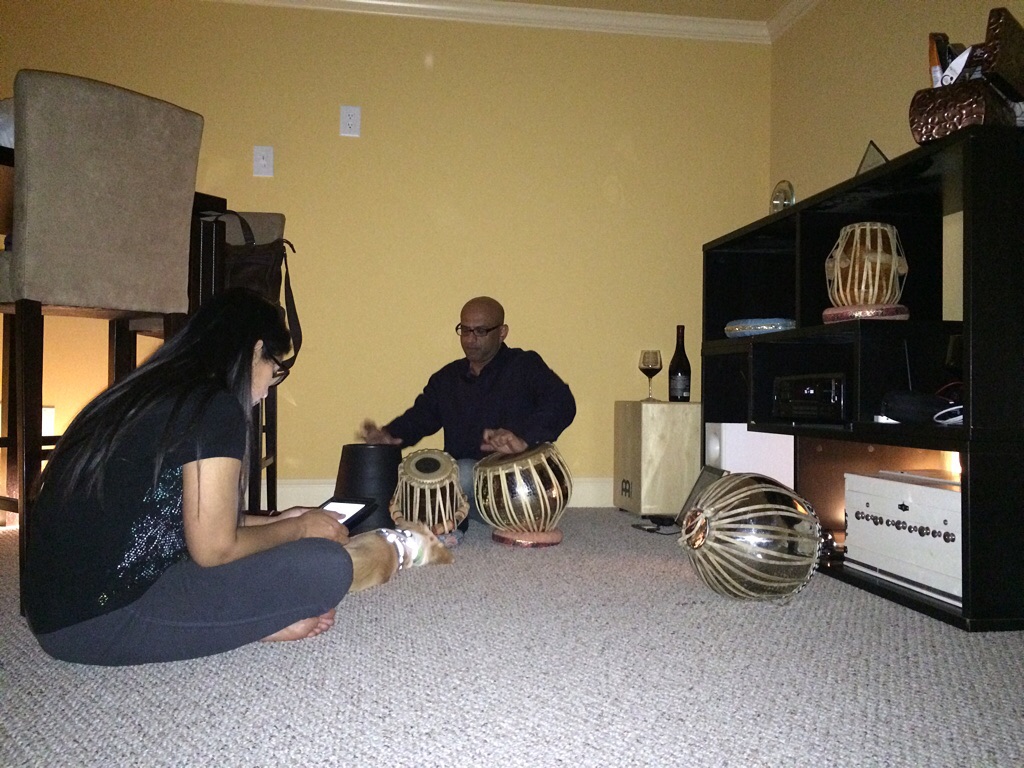