Be different. Make a difference.

(Okay, maybe I did review my year seriously, unlike Facebook 🙂 )

Many years back, my dear wife had publicly called me “weird”. Without any complaint, I decided that, that is exactly what I wanted to be. Thereby proving her words correct. (I think there is a self recursion call there somewhere).

Anyways, the idea has been to “Be Different. Make a Difference.”

So let’s see how weird have I been this year…. the making of a difference is questionable though

1. Prepared my family and my boss (the latter was far tougher) that I would (once again) quit my cushy job to take a year off. And just when we had all my plans and financials lined up and had reached alignment with family and boss, ditched the whole plan. To take a role that I have never performed, in an industry that I did not even know how to spell, for a class of owners that I had only heard very tough stories about. I figured if it was worth taking a risk, it was when the entire dice is loaded against you. At least that way, in the small likelihood that I succeed, I would prove something to myself. If not, my Plan A to take a year off was not that bad, at all 🙂

2. Walked up to way too many strangers at bars and airports asking them “What is your life story?”. Many brushed me aside. But those that did not, left with incredibly inspiring and valuable lessons for me. Someday, when I grow up, I want to be as resolute as them. Till then, I am going to at least collect the stories.

3. Somewhere, I decided, I needed to work at a bar. (BTW, a CEO working at a bar for relaxation, even my wife agrees, is the weirdest thing she has ever heard of). Just to mix drinks. For whatever reason, this completely weird impulse has become a big passion for me. From a guy who did not know the difference between gin and vodka, I can actually tell you what the three coffee beans that you set on fire in sambuca stand for. Let me put it this way. My year end gifts from both the young daughters were bar items. And they are not even allowed to sit at a bar 🙂

4. Against everybody’s counsel – my wife’s, my in-laws’ and my brother-in-law’s – I managed to coax my FIL and MIL to come to the USA. In our house, I was the one who could not wait to come back from office and take them out. Admittedly, mostly for drinks 🙂 Hey, they did not complain!! While they were here, I even managed to construct the family tree on my wife’s side four generations back through our conversations!! And found out that one of our dear friends in Dallas is actually a relative of mine!! Go, figure!!

5. The weirdest of them all – kept on digging up family and friends from my past and visiting them….From the gentleman who used to round up the kids in the neighborhood and organize us to play 35 years back, to discovering my first friend of life from 43 years back to walking up to somebody’s house and greeting the surprised lady saying “You won’t remember me but you sat next to me in second grade”!!

And now where I could have been weirder…

1. For all the running I did, I never did something weird or different from others. I need to think of a goal.

2. For all the humor I love, I never did something weird or different this year. Maybe I should go back to performing on stage.

3. There are many other things I love – playing the tabla, listening to qawwalis, taking random pictures…. but never did anything to a level of weirdness that would make them memorable….

Any ideas? They have to be weird for a guy who is soon going to be 48.
Growing old for me is inevitable. Growing up, though, I would like to keep optional.

Category: Musings | 20 Comments on Be different. Make a difference.

Before Facebook messes it up for me, let me do it to myself… :-)

Upon reviewing all my blogposts (also FB posts), it would appear that this year I have been mostly

(a) making cocktails
(b) running in colorful clothes

Presumably (b) was done in circles due to the consumption of (a).

Ergo, as you can imagine, “It has been a great year. Thanks for being part of it.” 🙂

Category: Humor | 10 Comments on Before Facebook messes it up for me, let me do it to myself… :-)

From the bartender’s corner – Bee’s Knees 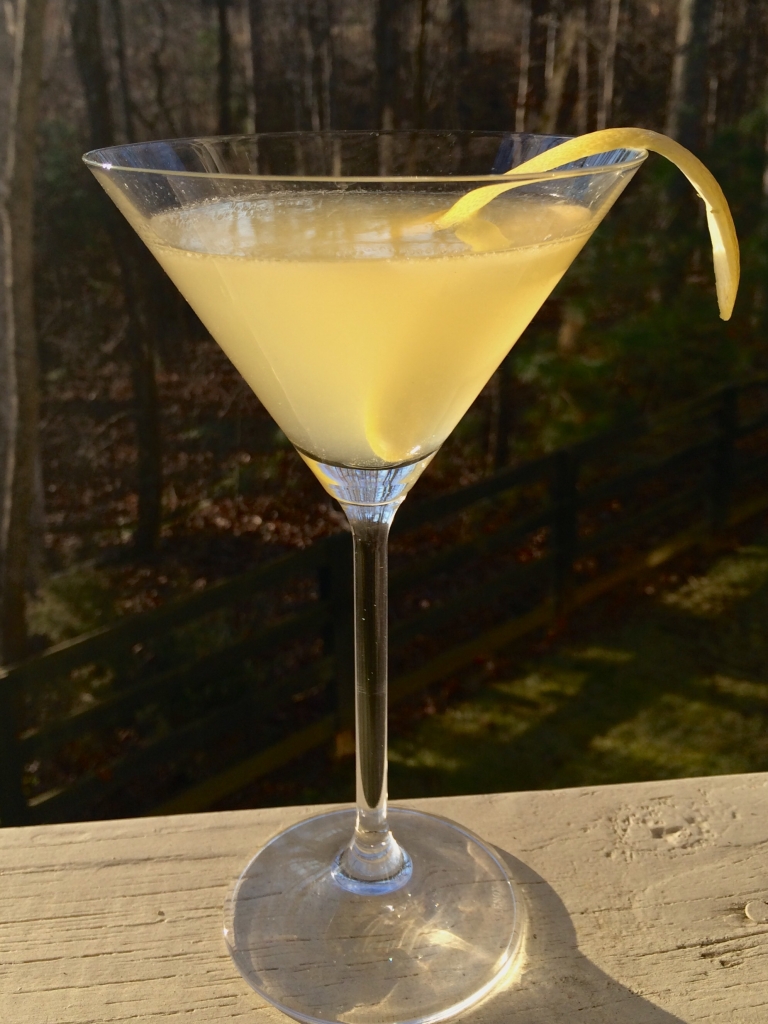 One more run thru the Milton trails… 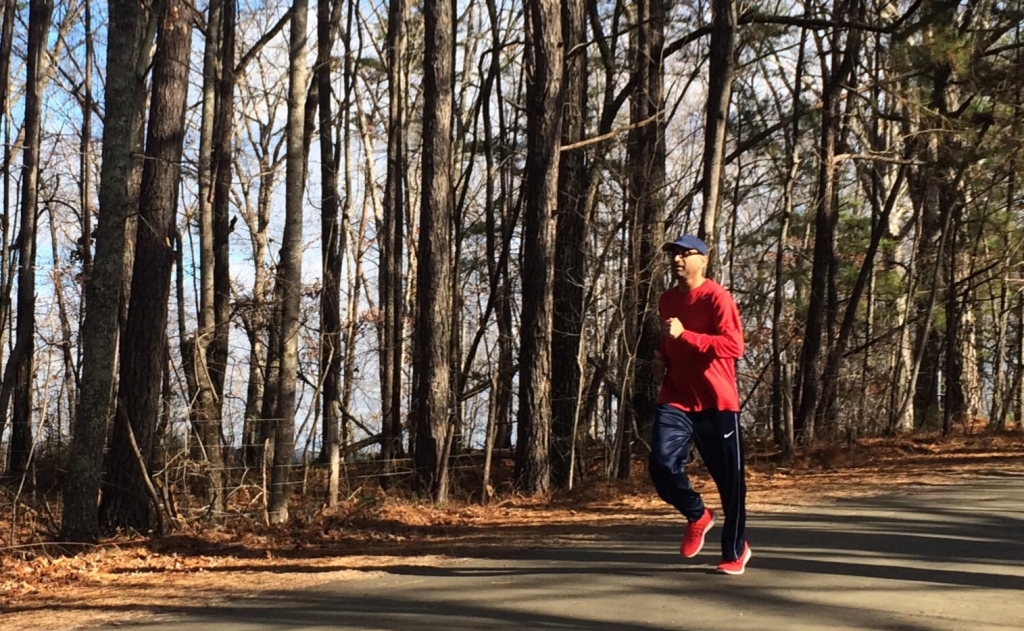 From the bartender’s corner – Cabaret

This brilliant colored drink has gin, dry vermouth, Benedictine liqueur and bitters with a cherry for garnish…. 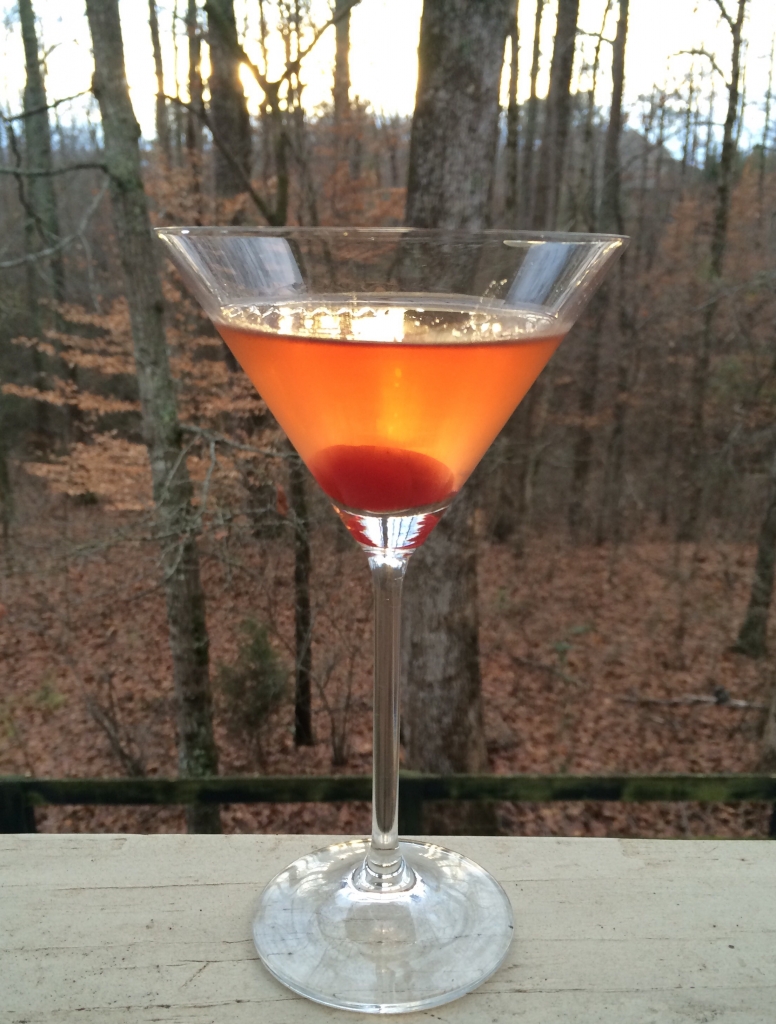 This is an interesting probability problem. There are multiple variations of this. I am presenting a simple version.

There are three persons A, B and C who are aiming to settle a dispute the old dueling style except there are three of them. Here are the rules..

a. At random, it is decided what will be the sequence in which they will fire
b. When a person’s chance comes, that person is given at random the target (one of the other two) to shoot at
c. A is a sure shot (100% chance he will shoot the person dead), B is less so – has 80% chance of succeeding and C is a neophyte – 50-50 chance that he will succeed with a shot.
d. They keep on with this sequence of shooting till one man is left.
e. There are no other extraneous conditions – e.g. no stray bullets etc etc.
f. What are the probabilities of A, B and C surviving?

Meeting some of the young and bright ones

While in Dallas, I was able to catch up with some of the youngsters from Indian Institutes of Management who had joined our company at the turn of the century (that makes it sound so long back, does it not? 🙂 ). In any case, many were traveling and many are not in Dallas any more. But it was great to catch up with Mohit, GV, Kapil and Ajay. Looks like I missed Dilesh and Ashish by a day. Abhay was in India… It was absolutely heartwarming to see how incredibly successful professionally and personally each one of them have become.

While catching up on the personal side, a really funny exchange took place with Mohit..

Me: “Where do you live Mohit?”
Mohit: “Wynnpage. In Coppell”

Since I lived in Coppell for 9 years, I pressed on to find out the exact location. I had a vague recollection that I had seen Wynnpage before. After a few minutes of apparent struggle, I asked him to start giving me directions from an intersection both of us knew. I still took another few minutes to figure out what was happening. I had completely messed up my North with my South. Once that was cleared, it was very easy…

And then something struck me.
Me: “But then, how do you know him if lives in Plano?”
Mohit: “Because I bought his house in Wynnpage when he moved to Plano!!!!”

And I was like – Aha! There had to be an intersection somewhere!!!! 🙂 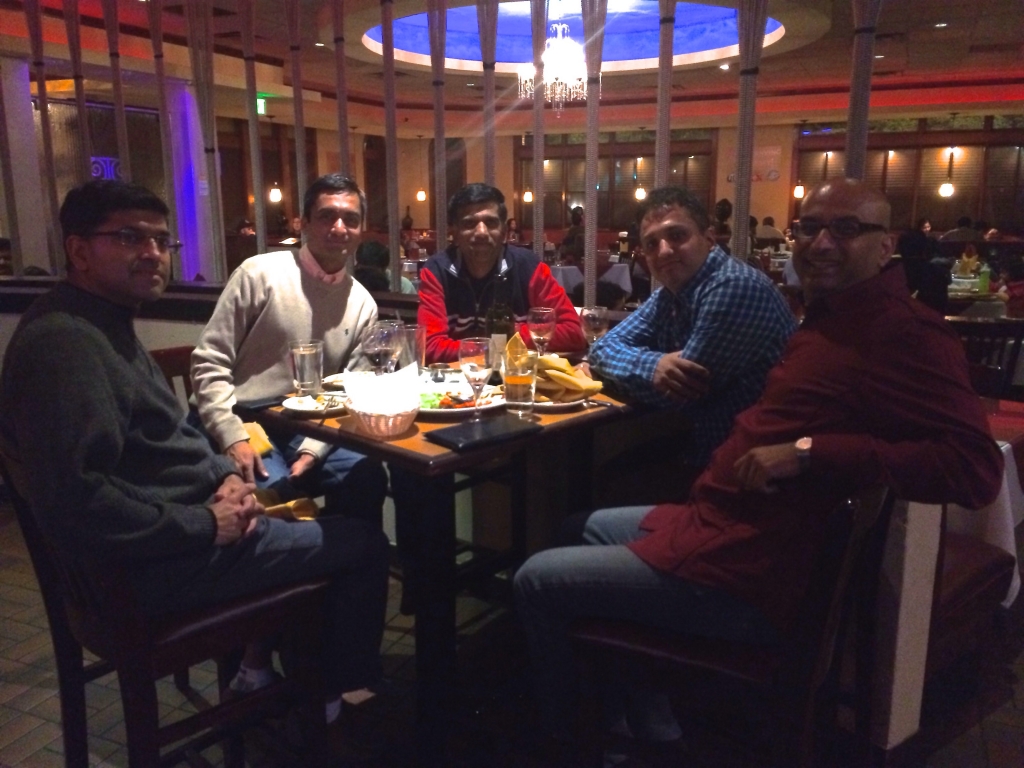 From the bartender’s corner – Bourbon Renewal 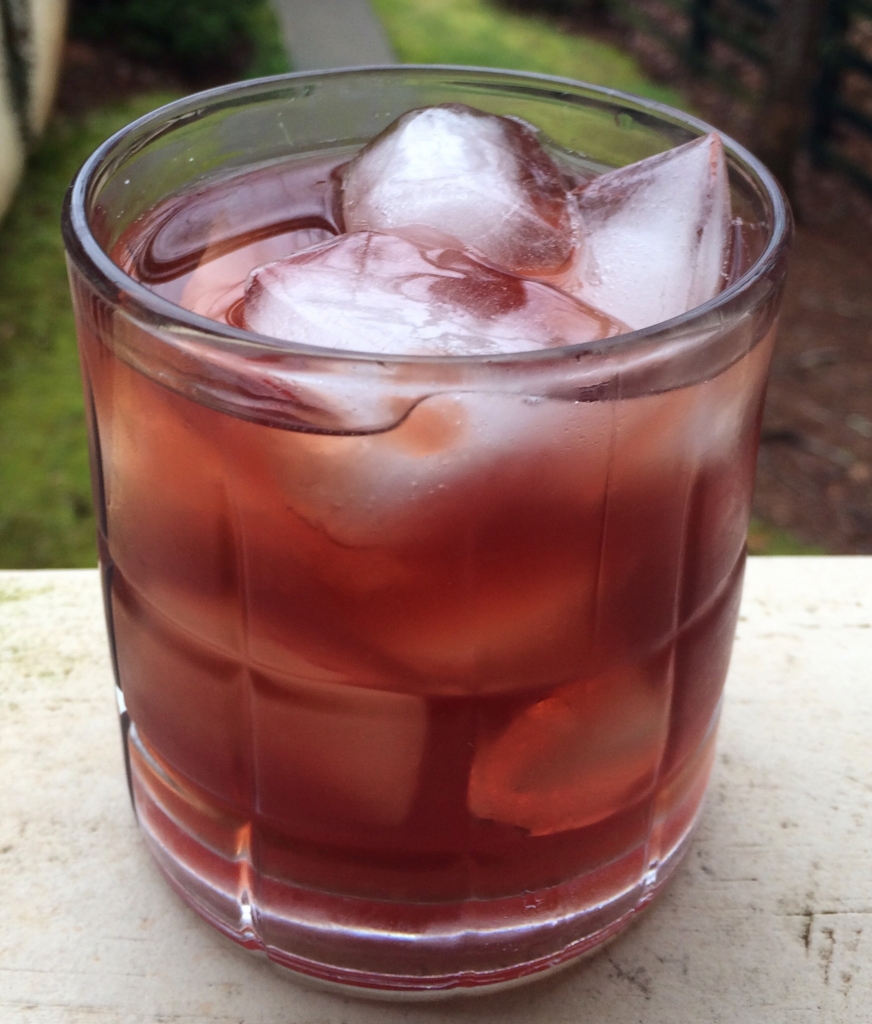