From the bartender’s corner – Baby Aspirin

Love the color of the drink. The theme of Puerto Rican rum continues.. 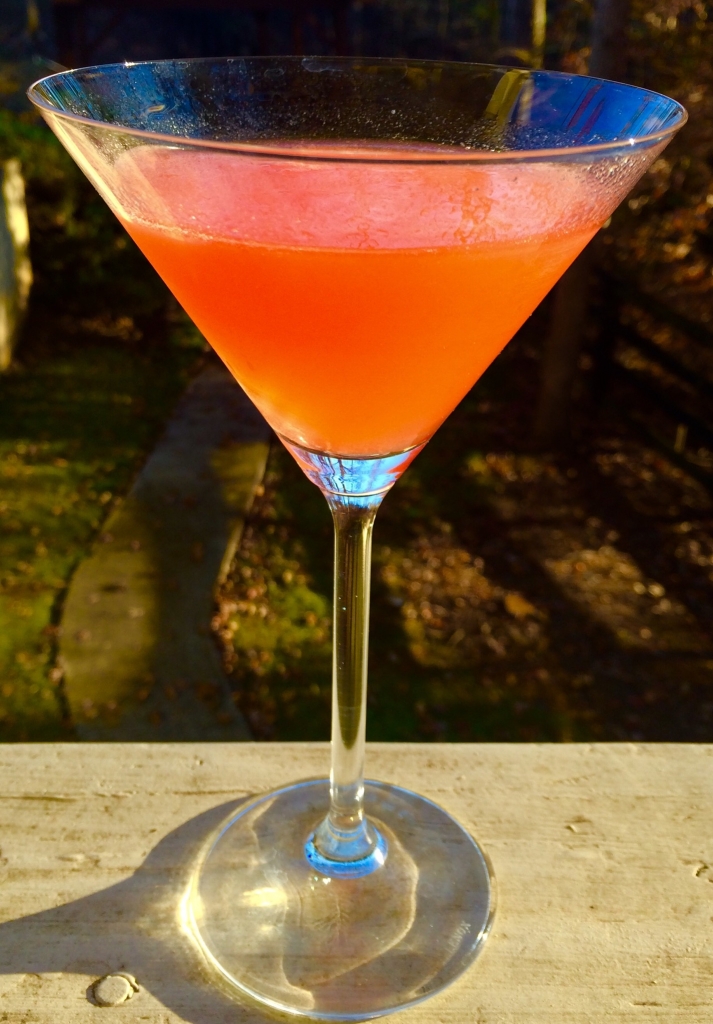 Category: Cocktails | 3 Comments on From the bartender’s corner – Baby Aspirin

You know it is starting to get cold… and the holiday parties are starting..

… when the Bengali crowd at Chalupa herd starts thinning … 🙂 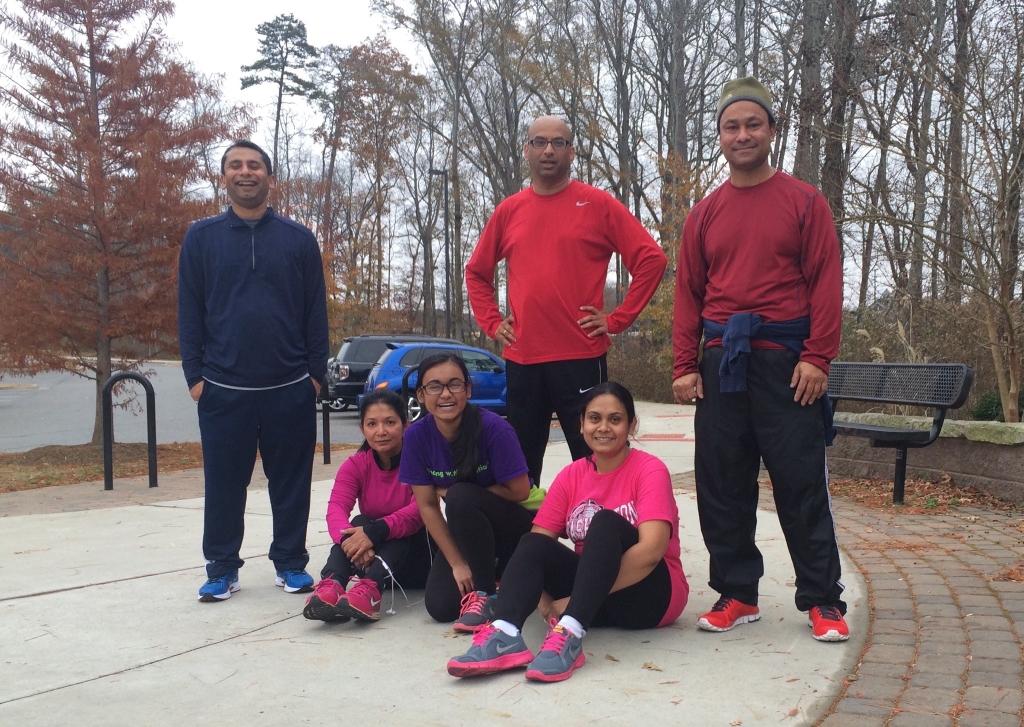 All these years, Tasha would remember to make or buy a gift for her mom for her birthday. Niki, invariably, would implore her at the last minute to add her name to the gift so it would show that both the sisters gave the gift. Tasha never had any problem with it.

This year, roles were reversed. Niki got a gift and Tasha asked her name to be added. Niki agreed but not without making it amply clear who got the gift… Read the last line… “Piggy Backer”!!!! 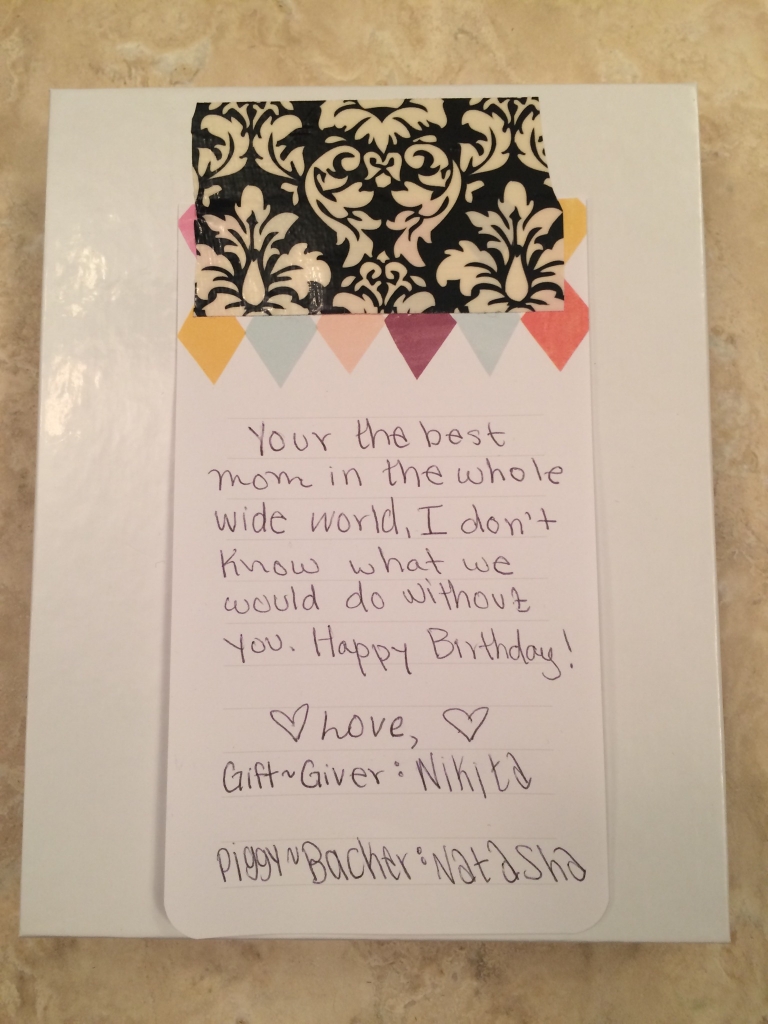 From the bartender’s corner – Paris when it sizzles

I could not find the origin of the name of this drink. All Google searches led to a movie by the same name.
Dark rum, lime juice, elderflower liqueur and angostura bitters 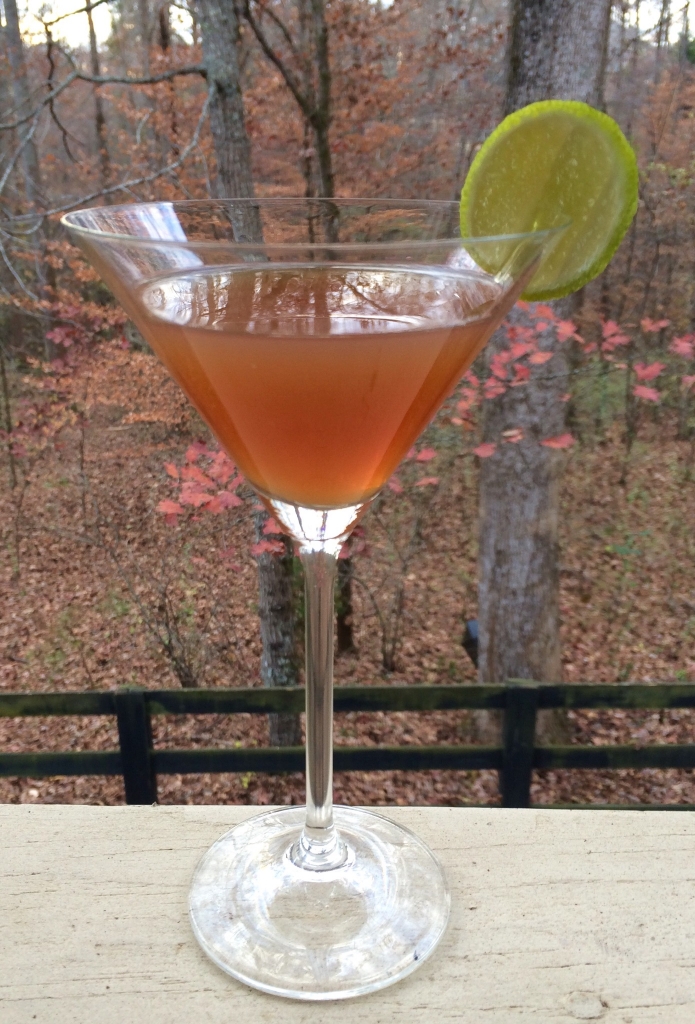 Category: Cocktails | 1 Comment on From the bartender’s corner – Paris when it sizzles 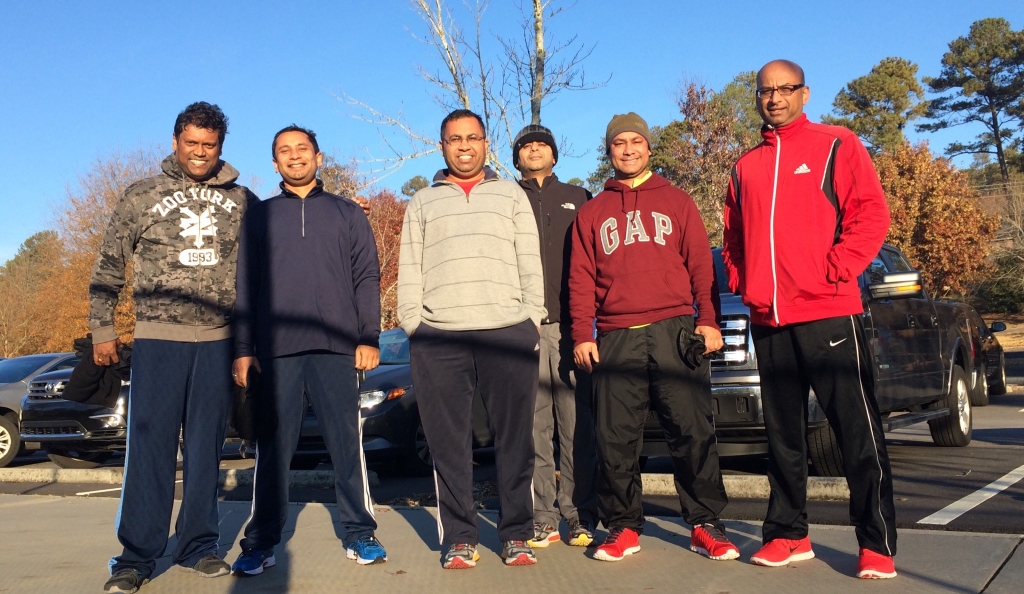 From the bartender’s corner – Jacqueline 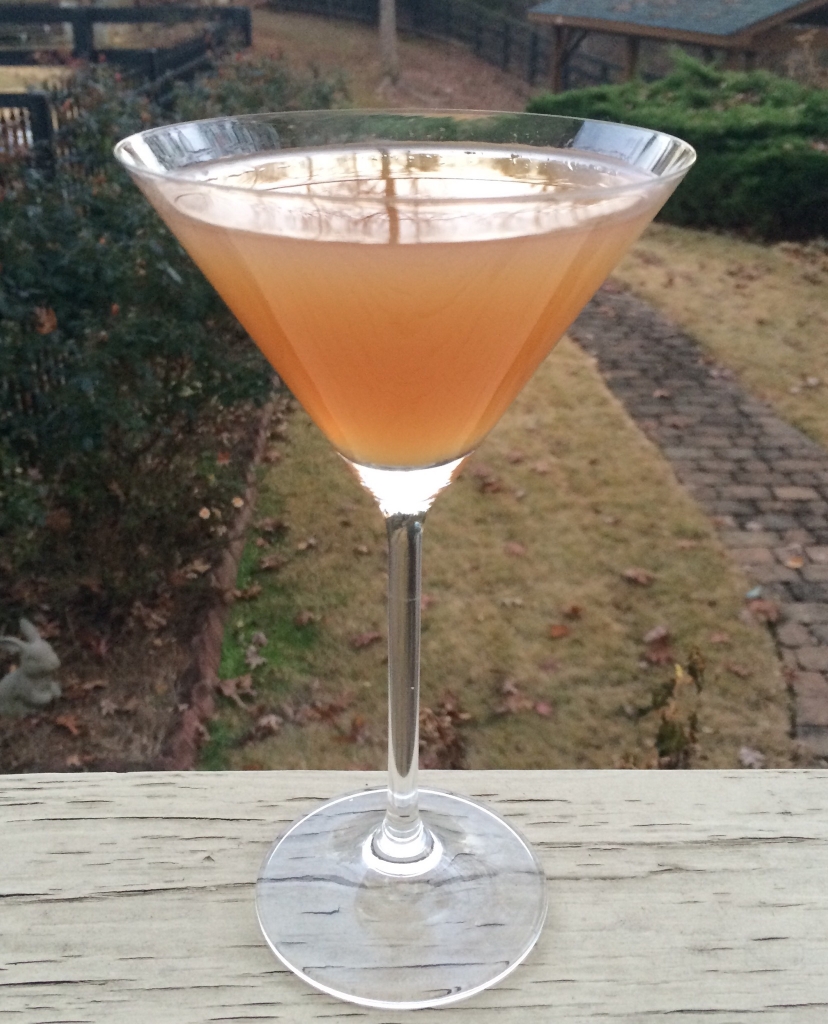 Playing with the panoramic mode on the iPhone

This is one photograph – no stitching involved. Need to perfect this… The hand shook a couple of times while trying to take the panoramic mode photo.

“Dad, what are you thankful for?”

Me: “What are you thankful for?”

This year it was Puerto Rico. Instead of looking into the volcano, Sharmila and I stared into the limitless ocean. And as Sharmila and I reflected on our lives, we came to the same conclusion we come to every year.

Thanksgiving: That ultimate symbol of strength of a family. For immigrants from India like us, when visiting our traditional family typically involves a trip to the doctor for a malaria shot, invariably “family” has taken a larger meaning in life. It has afforded us to truly embrace the larger sense of the word family.

For the last twenty plus years “family” has mostly meant those beautiful people we had the privilege of calling our friends in our journey thru multiple countries, states, cities, jobs….In that journey, our roads met and those friends chose to take a few steps together with us. Those few steps – as ephemeral as they might be – has made all the difference to the two of us.

This message is our sincerest form of saying “Thanks!!! Thanks for taking a few steps together with us. It has made the journey so enjoyable that we no longer care about the destination!!!”

I cannot seem to escape the retinue of updates from my Facebook friends sending me their points of views on what is happening in Ferguson. Actually, I look forward to my friends’ opinions. First, they are very smart. Second, I am always interested in views and counter views. Unfortunately for me though, my friends are not sending me their views / counter views after looking at a lot of data and then taking the time to write out their well formed opinions.

What I am getting is my friends sending me yet another link – with a line penned by them which basically says “Yeah – whatever he said”. Funny part is that if one puts all the so-called-facts from all my friends’ links together, it makes for a real self-contradictory hodge podge of a story.

I asked myself what might be driving this behavior. In my own analysis (admittedly, I am not the sharpest analyst around) this is a by product of three things. First, we have a “Big Data” problem. Second, we have the problem that we do not recognize “Bias” within ourselves. Third, technology platforms like FB, blogs etc give each one of us a big, faceless “Megaphone”.

First the big data problem: Given any event, it used to be that the sources of information were limited in number – you know there were a few newspapers and a few TV channels creating original content. Today, there are numerous blog sites, talking heads, expert columns and so on spewing out zillions and zillions of points of views / opinions / “facts”. As a consumer of information that is just way too much information to digest. You do not have time nor the ability to process all that. That is a true Big Data problem.

Then comes the Bias angle. Forget the biases of the creators of content. As a human being, faced with the Big Data problem, we narrow down our sources of information. And without exception, we choose sources that bolster our inherent belief (bias). There is a fascinating book that deals with this cognitive bias topic called Descartes’ Error. For whatever it is worth, cognitive bias was absolutely required for humankind to survive. In this case, though, it serves as a self-fulfilling prophecy. If one believes the police officer committed cold blooded murder, one always gravitates towards articles and blogs that quote “facts” making the above case. Similarly, for those who believe the police officer had to kill as a self defense. One has great doubts when reading “facts” suggesting the opposite of one’s inherent belief. It creates a conflict between the limbic part of our brain and the neo-cortex part of our brain that makes us very very uncomfortable.

As an example, none of my friends ever post two different links – one making the case and one negating the case. In fact, for most of my friends, based on their past posts, I can predict with pretty good accuracy which way their latest link is going to opine.

Finally, you have this great thing called social media, blogs and such. They are great platforms. But like every platforms, they are merely tools. They have their positives and their negatives. One of the feature of these platforms is that it lends its user a big megaphone. It allows the user to say anything. Usually without much “talk back”. When is the last time you have seen, in any blog, a comment has been as long as the post itself? Or the same person walking into a party and as freely opening up the topic of discussion by stating his and her points of views without solicitation?

The above three often interplay in very interesting ways. Have you noticed how most of the time the comments to posts are made by people who agree rather than disagree – especially on divisive topics like politics, religion etc? That is the Megaphone and Bias playing together. And guess what happens when people use the Megaphone to talk about how they so much agree with views that agree with their “Bias”. They create more “Big Data”!!!

My point is not that people should not express their points of views. They absolutely should. I look forward to those, hopefully, opposing views. But I would love the courtesy of somebody writing out their thoughts instead of sending me all those links. Usually, I do not follow those links.

Perfect would be if one could make the points, the counterpoints and then give his or her opinion on where her belief system is pointing to. Now, that would be a great post to read. Not like the boring ones I write 🙂