The energy of it all…

This evening I was sitting at Tyson’s Corner in the patio of a well renowned bar trying to hammer out a deal with a strategic partner. All the tables outside were filled with a lot of people with laptops opened up.
Occasionally, each table would erupt with boisterous yelling and high-fiving. For whatever reason, the women were yelling the most.
You have to be in the DC area on a Sep 30th to understand this all. Today is government financial year ending. All contracting has to be done today or else there is no guarantee for project money for next year. Everytime a table was hearing about a win, they would just burst out in joy.
It is like report card day for all government sales teams!
People who know me probably know that my the arc of my career has taken me from coding software to running services organization to leading marketing to leading sales to eventually being a general manager. Of all those, sales – is still to me – the job I respect the most. And the profession where the difference between the best and the not-so-good is so wide.
That is the job that has the clearest metric – you either got the dollars or you did not – and the least control of the variables – you are too dependent on external factors.
That is why winning a deal unleashes such a primal energy.
Sure, it comes with the cold slap across the face when you lose one. But over a larger horizon, if you are a good sales guy, you win out….
Love the energy. Respect the profession!!

Category: Travelogs | 9 Comments on The energy of it all…

It is always reassuring to know that the Atlanta Airport Gold Parking folks value us so much that they have now put up a notice board effective more than five years back!!!! 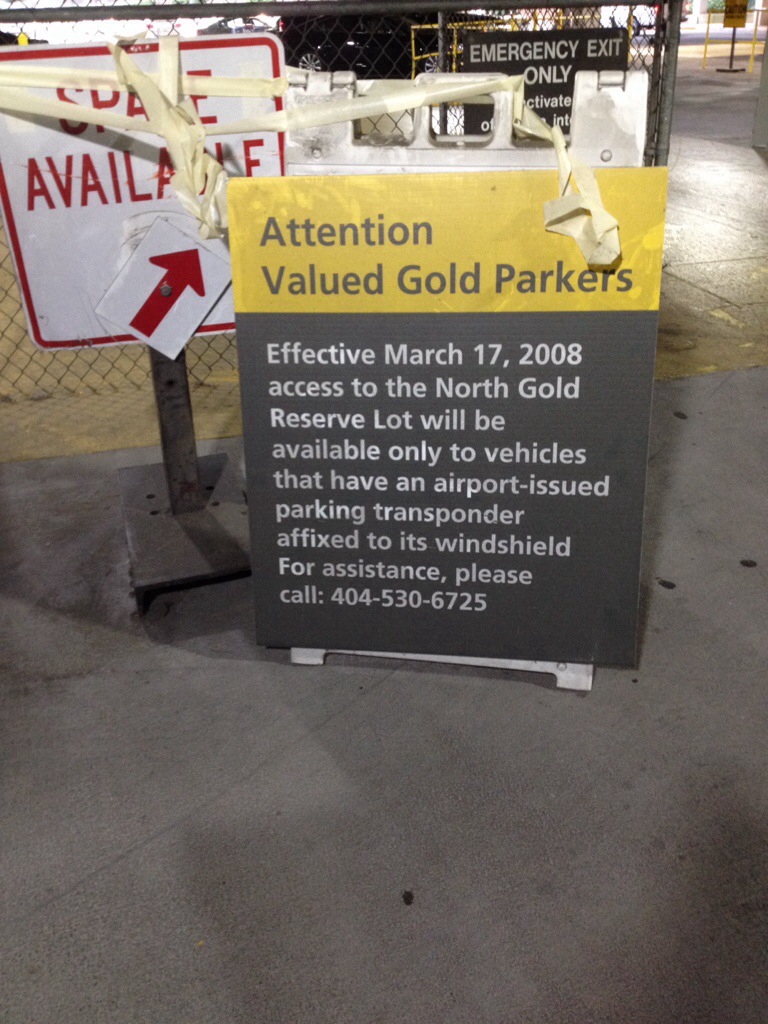 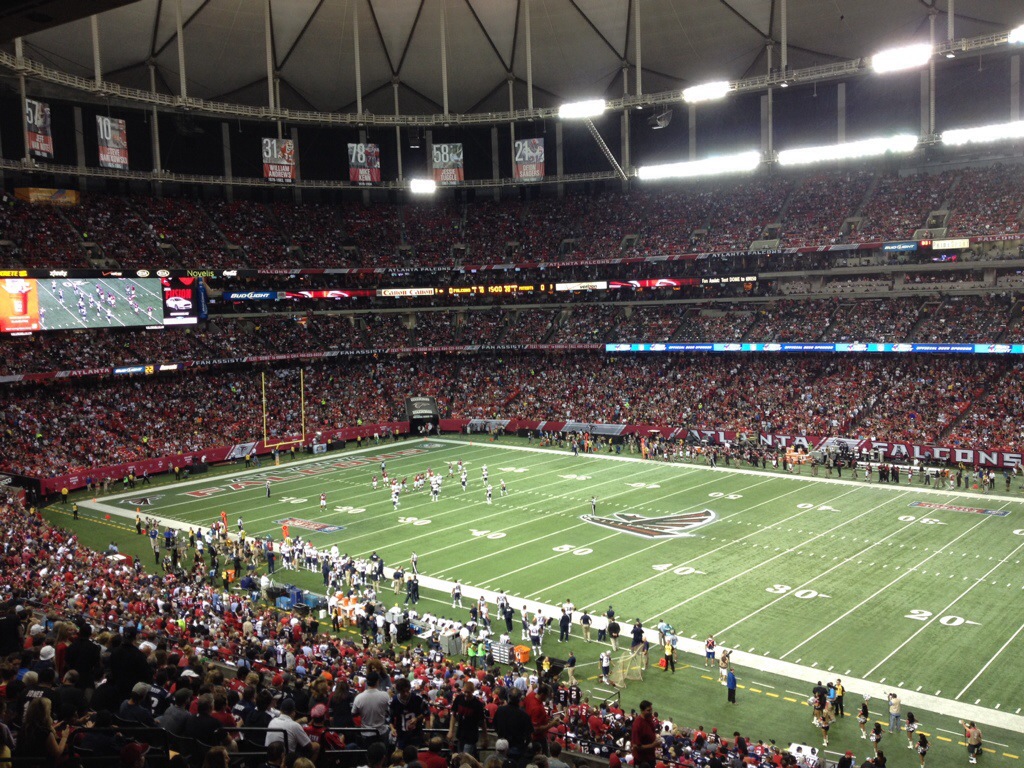 Niki with the camera

As I was busy cleaning the pool, Nikita got my camera out and got some great shots…. 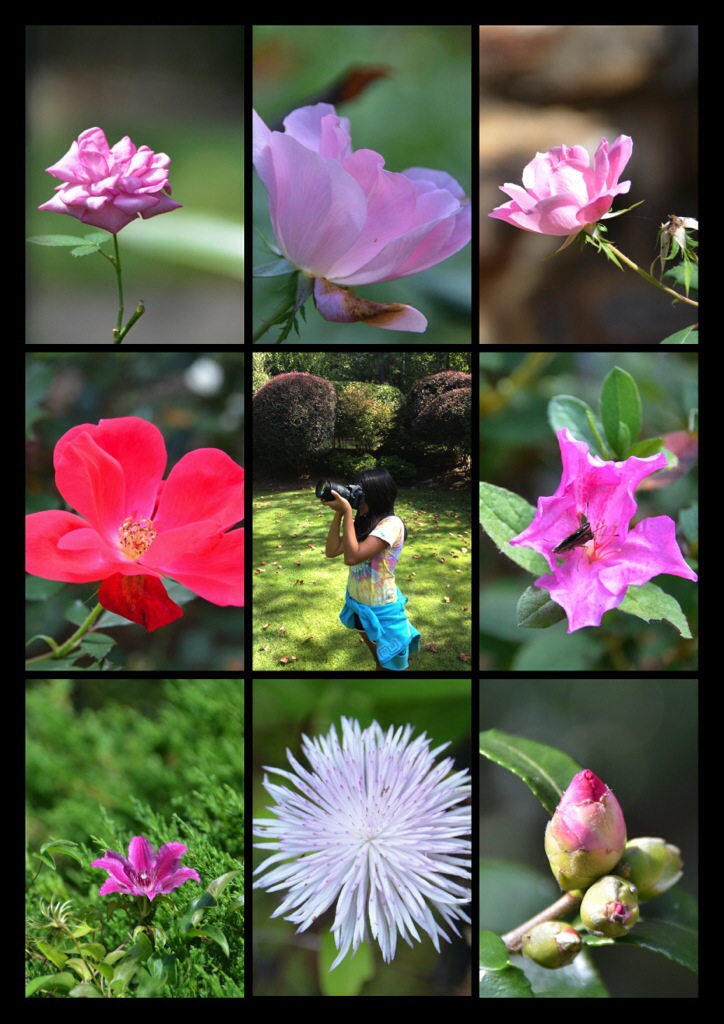 Category: My Family | 13 Comments on Niki with the camera 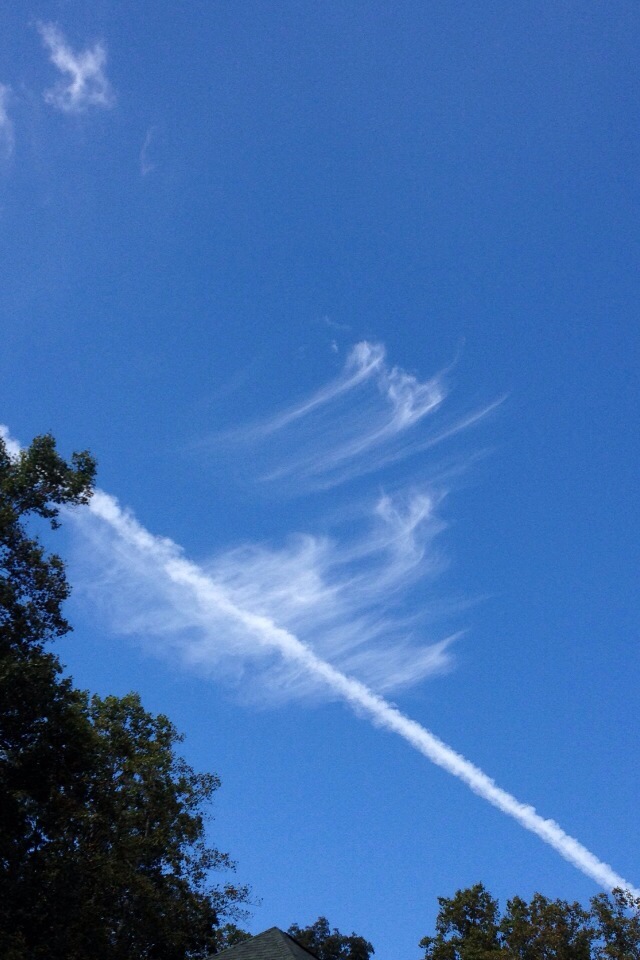 Sunday morning run. We has two more first timers – Jasmine and Ronit today. It was a little chilly. Later, on our way to Starbucks ran into this huge hot air balloon taking off… 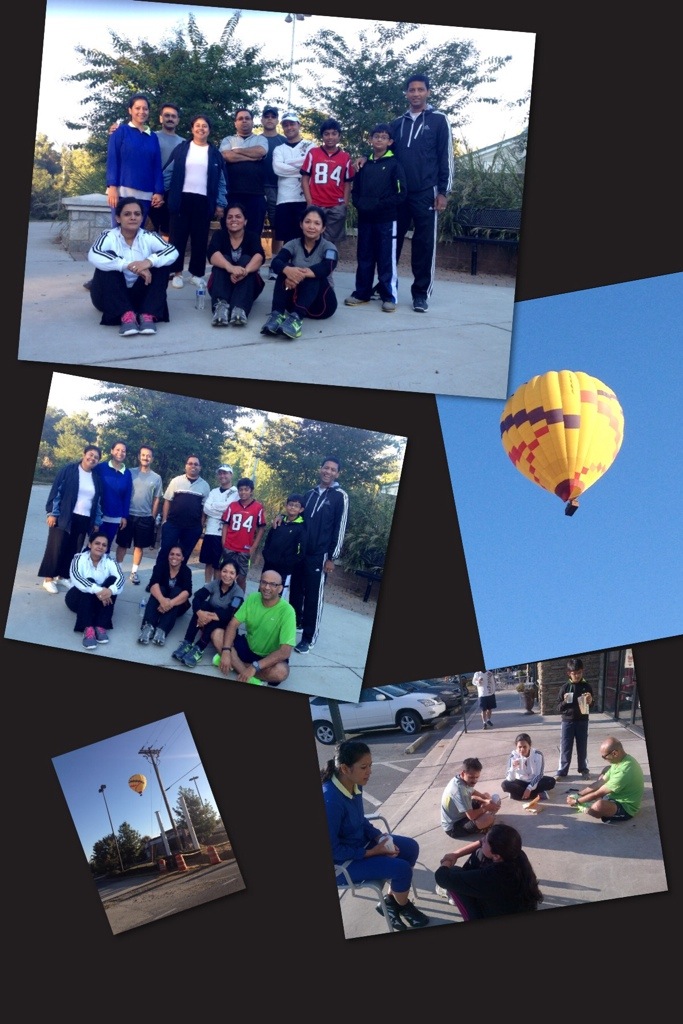 Beautiful day in Atlanta. The sun and the clouds are constantly playing peek-a-boo with each other and a light breeze is blowing. Dropped the daughter at Chattahoochee High School for a debate program and went for a run. 5K into the run, I had a vague recollection that there was this guy that I have talked to a few times after moving to ATL but never met – who I thought had told me he lived near that High school.
Fished out the phone, got his contacts from old phone records and called him. Guess what? Six years after moving to Atlanta, we saw each other for the first time and ran another 5K. Grabbed our Starbucks – which was overcrowded outside since it is a gorgeous day – and sat on the sidewalk under a tree and chatted just like we would have back in India.
Found out we have many many connections from my last three jobs. Best part – we graduated in the same year from two different colleges literally across from each other in Chennai. For all you know we had tea together in those tea stalls between the campuses. Maybe this was not the first time we had coffee sitting on the sidewalk under the trees!!!
Category: Intersection Points, Running | 2 Comments on Chance Meeting…

One of the better evenings I have had. After a week of some good and bad news in professional life, had a nice cool down time with some personal friends and my wife at a local bar. After a really great time with some hearty laughter, everybody left – including my wife – for various Indian parties they had to go to. And I decided to hang around by myself and nurse my gin and tonic as I collected my thoughts for the week. I still had to fully accept my friend’s sudden bereavement.
Barely had my friends left, a couple came and sat beside me. Not to be conspicuous, I moved my barstool a little to give them some space. But in that “Thank you” … “No problem”… we got embroiled into a much much longer discussion. At some point I was feeling bad and apologized for imposing myself on their private evening. They insisted they were having a great time and wanted to talk more.
Fascinating discussions.
Found out Blaine used to work where I work today, nearly twenty years back!! He told me about my current company stories that were simply mind blowing. Found out that one of the pre-sales guys in my group started as a security guy at the front gate of our office and during night shift, he used to be bored and read up our system manuals! That is how he switched to technology!!!
I noted his lack of hair on head and commended him on his hairstyle and loudly wondered why I might like it 🙂 Well, I found out it is from chemotherapy 🙁 Blaine is a cancer survivor. Not once, not twice, thrice!!
Incredulous, I asked him “You have beaten back death thrice? I know nobody else like you. What is your epiphany moment?”. He told me that he wanted to get over his fears. So he skydived! I am like “You skydived to get over your fear of skydiving”? Oh! no! He not only got over his fear, he actually learned to love it. Has skydived for over 90 times. Does it every other week or so. Even Kim mentioned that she has skydived with him. (BTW, his suggestion for best skydive? Dubai SkyDive). I promised him to put it on my bucket list.
By this time, I had ordered some food. And I asked it to be with without cheese. Kim asked me if I was allergic to milk products. I mentioned that I was just watching my saturated fat and cholesterol. That led to a long discussion including how very few of us realize that our liver produces way more cholesterol (which actually is required by our body) than we ingest. And that a lot of this is about DNA. Speaking of DNA, she showed both her hands and pointed to her middle fingers – both were bent on the end. Evidently, everybody in her family has that!!
I noticed something else on her fingers, and asked why was the ring on the wrong hand. She let me know that they are not married. Have dated and lived together for 18 years. Never married though. Obviously, I had to ask why. “Because we don’t want to take each other for granted”. I was literally staring at them trying to grasp what they said. (also remembering that I had told my beautiful wife of 20 years that I would join her 30 minutes back 🙂 )
Eventually, I had to leave. I told them that they were the most unique couple I have ever met and after exchanging contacts wished each other that we have more “intersection points”!!
Category: Intersection Points | 18 Comments on Fascinating Evening

David Yankey. You can’t leave now. The meeting is not over.

It finally hit me like a ton of bricks this morning. As I drove away after dropping my daughter at school and headed to office.
He is not going to be there. I will not see him. Not today. Not tomorrow. Not ever. Howmuchever I loiter around his cubicle.
I was able to block away the thought of he having died the whole of yesterday. I kept reminding myself about how I walked up to his cubicle to wish him a happy birthday just a few weeks back.
Staring at the road waiting at the traffic light with dawn barely breaking, I realized that his wife will soon be on the road like me – dropping their kid or grocery shopping – and realizing that he will not be home when she went back. Not that day. Not the next day. Not ever.
Remembering how my daughter told me “I will see you in the evening” before she trotted off to school, I realized there is not going be any such evening for his three kids. Not tonight. Not tomorrow night. Not ever.
It is the finality of death that quashes all hopes of being ever together – even for a fleeting moment. And it is that snatching away of any hope of being together that I cannot ever deal with.
I am the guy who is still looking for his friends who crossed his path 40 years back.
He crossed my path barely a few days back.
If only – if only – I was given one more “intersection point”, this is what I would say-
“Teach me how to be humble like you, teach me how to always smile like you, teach me how to be a great father like you”.
God, I miss you, David Yankey.

Category: Our Friends | 25 Comments on David Yankey. You can’t leave now. The meeting is not over.

Puzzles. Take my “word” for it.

There is no travel for me this week after fourteen straight weeks on the road. So, far 🙂
So, instead of math and logic puzzles, this time it is about English words, as specifically requested by Sara.
Without Googling or looking up the internet try these…

1. As we all know “ballpark estimate” means a rough guess at the actual number. What is the origin of this phrase?

2. Many times you have seen (but I am sure not used 🙂 ) phrases like !@#$%^& to replace actual vulgar words. What is the English word for those string of characters? (I believe the same word also signifies the string of pictures that denote a comic strip character spouting profanities)

Sara, next time you have to post some more puzzles or give them to me, I will publish in my blog with due credits to you.

Category: Puzzles | 1 Comment on Puzzles. Take my “word” for it.