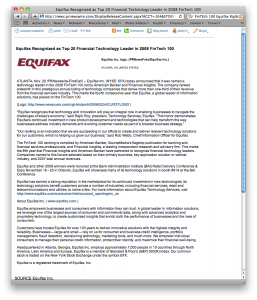 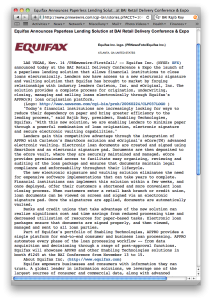 This is another gem on Bengalis… Enjoy…

A is for Awpheesh (as in Office). This is where the average Kolkakattan goes and spends a day hard(ly) at work. And if he works for the “West Bengal Gawrment” he will arrive at 10, wipe his forehead till 11, have a tea break at 12, throw around a few files at 12.30, break for lunch at 1, smoke an unfiltered cigarette at 2, break fortea at 3, sleep sitting down at 4 and go home at 4:30. It’s a hard life!

B is for Bhision. For some reason many Bengalis don’t have good bhision. In fact in Kolkata most people are wearing spectacles all the time

C is for Chappell. Currently, this is the Bengali word for the Devil, for the worst form of evil. In the night mothers put their kids to sleep saying, æNa ghumaley Chappell eshey dhorey niye jabeö

D is for Debashish or any other name starting with Deb-. By an ancient law every fourth Bengali Child has to be named Debashish. So you have a Debashish everywhere and trying to get creative they are also called Deb, Debu, Deba with variations like Debanik, Deboprotim, Debojyoti, etc. thrown in at times.

E is for Eeesh. This is a very common Bengali exclamation made famous by Aishwarya Rai in the movie Devdas. It is estimated that on an average a Bengali, especially Bengali women, use eeesh 10,089 times every year. “Ei Morechhey” is a close second to Eeesh.

F is for Feeesh. These are creatures that swim in rivers and seas and are a favourite food of the Bengalis. Despite the fact that a fish market has such strong smells, with one sniff a Bengali knows if a fish is all right. If not he will say ‘eeesh what feeesh is theesh!’

G is for Good name. Every Bengali boy will have a good name like Debashish or Deboprotim and a pet name like Montu, Bablu, etc. While every Bengali girls will have pet names like Tia, Tuktuki, Mishti, Khuku, etc

H is for Harmonium. This the Bengali equivalent of a rock guitar. Take four Bengalis and a Harmonium and you have the successors to The Bheatles!

I is for lleesh. This is a feeesh with 10,000 bones which would kill any ordinary person, but which the Bengalis eat with releeesh!

J is for Jhola. No self respecting Bengali is complete without his Jhola. It is a shapeless cloth bag where he keeps all his belongings and he fits an amazing number of things in. Even as you read this there are 2 million jholas bobbling around Kolkata- and they all look exactly the same! Note that ‘Jhol’ as in Maachher Jhol is a close second

K is for Kee Kaando !. It used to be the favourite Bengali exclamation till eeesh took over because of Aishwarya Rai (now Kee Kando’s agent is trying to hire Bipasha Basu)

L is for Lungi – the dress for all occasions. People in Kolkata manage to play football and cricket wearing it not to mention the daily trip in the morning to the local bajaar. Now there is talk of a lungi expedition to Mt. Everest .

M is for Minibus. These are dangerous half buses whose antics would effortlessly frighten the living daylights out of all James Bond stuntmen as well as Formula 1 race car drivers.

N is for N ishchoi. This is the Bengali word for Obvious . It is the most interesting word in any expression !

O is for Oil. The Bengalis believe that a touch of mustard oil will cure anything from cold (oil in the nose), to earache (oil in the ear), to cough (oil on the throat) to piles (oil you know where!)

P is for Phootball. This is always a phavourite phassion of the Kolkattan. Every Bengali is born an expert in this game. The two biggest clubs there are Mohunbagan and East Bengal and when they play the city comes to a stop.

Q is for Queen. This really has nothing to do with the Bengalis or Kolkata, but it’s the only Q word I could think of at this moment. There’s also Quilt but they never use them in Kolkata.

R is for Robi Thakur. Many nany years ago Rabindranath got the Nobel Prize. This has given the right to all Bengalis no matter where they are to frame their acceptance speeches as if they were directly related to the great poet and walk with their head held high. This also gives Bengalis the birthright to look down at Delhi and Mumbai and of course ‘all non-Bengawlees’ ! Note that ‘Rawshogolla’ comes a close second !

S is for Shourav. Now that they finally produced a genuine cricketer and a captain, Bengalis think that he should be allowed to play until he is 70 years old. Of course they will see to it that he stays in good form by doing a little bit of “joggo” and “maanot”

T is for Trams. Hundred years later there are still trams in Kolkata. Of course if you are in a hurry it’s faster to walk.

U is for Aambrela. When a Bengali baby is born they are handed one.

V is for Bhaayolence. Bengalis are the most non-violent violent people around. When an accident happens they will fold up their sleeves, shout and scream and curse and abuse, ôChherey De Bolchhiö but the last time someone actually hit someone was in 1979.

W is for Woter. For three months of the year the city is underwater and every year for the last 200 years the authorities are taken by surprise by this!

X is for XÆmas. It’s very big in Kolkata, with Park Street fully lit up and all Bengalis agreeing that they must eat cake that day.

Y is for Yesshtaarday. Which is always better than today for a Bengali (see R for Robi Thakur).

This one is nobody’s pleasant subject. Nobody wants to cut expenses. Primarily because most of the time, it deals with the very tough calls of separating valuable employees from the company. Yet, thru this unpleasantness, I believe I have learnt a lot and become a stronger leader. My first big downturn was the Internet bubble crash and now of course we have the whole world crashing 🙁 [As a side note, the current problem is severe and very unpredictable – still it is not the end of the world or even close to the Depression]

Back to the learnings…

What are the first things that get squeezed? Travel, Entertainment, Training and such. While there should be a very tight watch on these, it is not the best thing to go after. For starters, you can usually not squeeze much unless you had a hopeless system of approvals for travel and training. For another, they rarely deliver big numbers.

Assuming you will never go thru only one round of job cuts, I would suggest using the framework of three steps to deal with it:

2. Second, focus on stopping doing something. After a few rounds of trying to squeeze productivity, we need to show courage in the face of adversity by prioritizing. And this means making active choices of stopping some work, project etc etc. Usually, this is tougher than the first step since we live in a world where everything is considered high priority.

None of these are easy – but that is the fun of running business. Sometimes you have to figure out how to respond to external changes that you have no control over.

Any learnings you have had personally?

On Nov 1, 2008, I ran the William’s 10K Run for Brain Tumor Foundation for Children Inc. to raise funds for the cause of research into prevention and cure of brain cancer. (59 min, 00 secs) 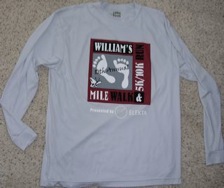 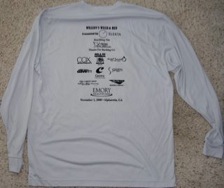 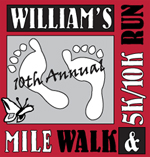