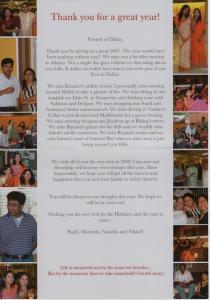 I am not going to bore you by explaining what the 80-20 rule is. Rather I was going to point out some intriguing implications of it which makes it somewhat not believable.

I think the philosophy still remains the same – people contribute dissimilarly to a goal. And a larger portion of the work is done by a smaller portion of the people. But 80-20 may be extreme when it comes to people and what they produce in a team.

If you say the rule is 60-40, now you have your top players about 2.25X more productive than the rest.

Honestly, intuitively, this seems to be more in line with what I have experienced. Being 4X more productive is a big number. You will do in weeks what the others are taking months to do.

By and large, I have not been able to convince myself yet regarding the big value of the reference calls. A few observations before I get to that, though.

There are different kinds of reference calls that I have seen. Most of them are very perfunctory – either done by recruiting firms or sometimes personnel from the HR department. Usually, they want to ensure that you indeed worked during the time in the stated company as advertised in the resume. More over, this is also more of a “negative check”, I feel. In other words, they have made up their mind to go forward with the candidate – now they are checking if there are any “gotchas” that they should be aware of.

There are occasionally a few reference calls that I really enjoy. First, they ask some very thought provoking questions. One smart person once asked me “If you are so high on the person, how come you have not tried hiring her into your company”. I was impressed 🙂 And then there are some who at the end of the call push to find out more about me and ask if I am interested in looking. I get impressed by them to (not because of their instinct for talent 🙂 ) but by the fact they are always trying to sell their company.

A few questions I find uncomfortable answering are like “Would you think the person will be a good fit in the company” or (recent example) “Would you recommend this person for the position of a Program Manager”? These questions require far more knowledge on my part about the target company (and their definitions) to answer the question. On the last example, I remember asking the lady to explain what does the Program Manager role entail in the company and she struggled to explain that to me. Imagine my struggle to answer that question then.

In any case, if any of you are HR specialists, maybe you can help me understand one point. What do reference calls really achieve? Don’t the candidates anyways pre-select the calls by making sure only those people who give the best reference about them actually get to talk? Does that not give a very much skewed view, anyways?

The only value I see is in finding out what kind of person they have been able to agree to take a reference call on their behalf. If a candidate comes saying the CEO of a large company is one of his references, that probably tells something compared to somebody who puts up a co-worker at a low level as a reference. Beyond that, it beats me.

I would think, by now, with all the professional networking (LinkedIn, Xing etc) and personal networking (Facebook, Orkut etc), we should be able to quickly find out common contacts and make some discreet calls to get a better idea about the candidate.

Anybody has any insights?