Meeting him for the first time after he received the Presidential award!!

Sharmila and I got to know Kaushik when he was doing his Ph.D. in Georgia Tech. In fact, I believe it was my brother’s brother-in-law who had introduced us. We had had Kaushik at our house (at least once that I can remember) and then met him and his new bride – Anwesha at the Durga Pujo in Atlanta once. Then they moved to Boston. That was about 10 years back. The only other time I had met them was when I was in Boston for business many years back and we managed to have a coffee together at a cafe near his office.

After settling down Nikita, our next stop was to head towards Boston where Sharmila had to catch a flight for India. I remembered that on our way would be Needham – which is where Kaushik lives. They had a baby about 15 months back and I had seen his pictures – full of mischief, I might add – on Facebook a few times. A couple of quick phone calls and text messages and it was agreed that we would swing by their house on our way to the airport.

As I pulled up to their house, I could see a young kid with an elderly gentleman in the yard. That is why I realized that the grandparents were here too. (Turned out to be Anwesha’s parents).

I was good to see Kaushik. Especially after he received the US President’s Early Career Award for Scientists and Engineers from President Obama in 2017, I was a bit afraid that he might not recognize me any more 🙂 Nothing of that sort. We felt as much at home at his place as we do at our own. Having Kabir (their son) around was total fun. He totally lived up to being as mischievous as the Facebook posts from Anwesha would suggest.

Coming to think of it, we would not have it any other way either. 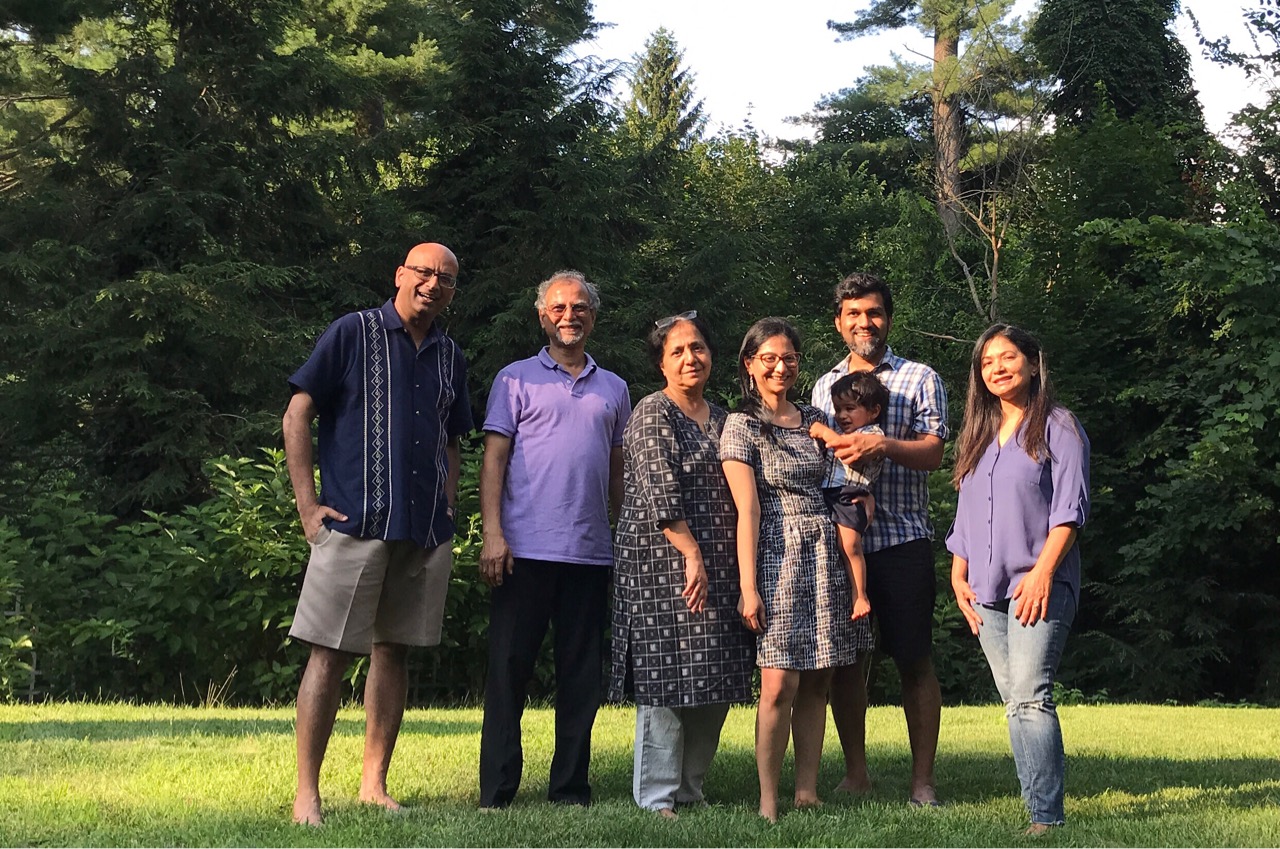